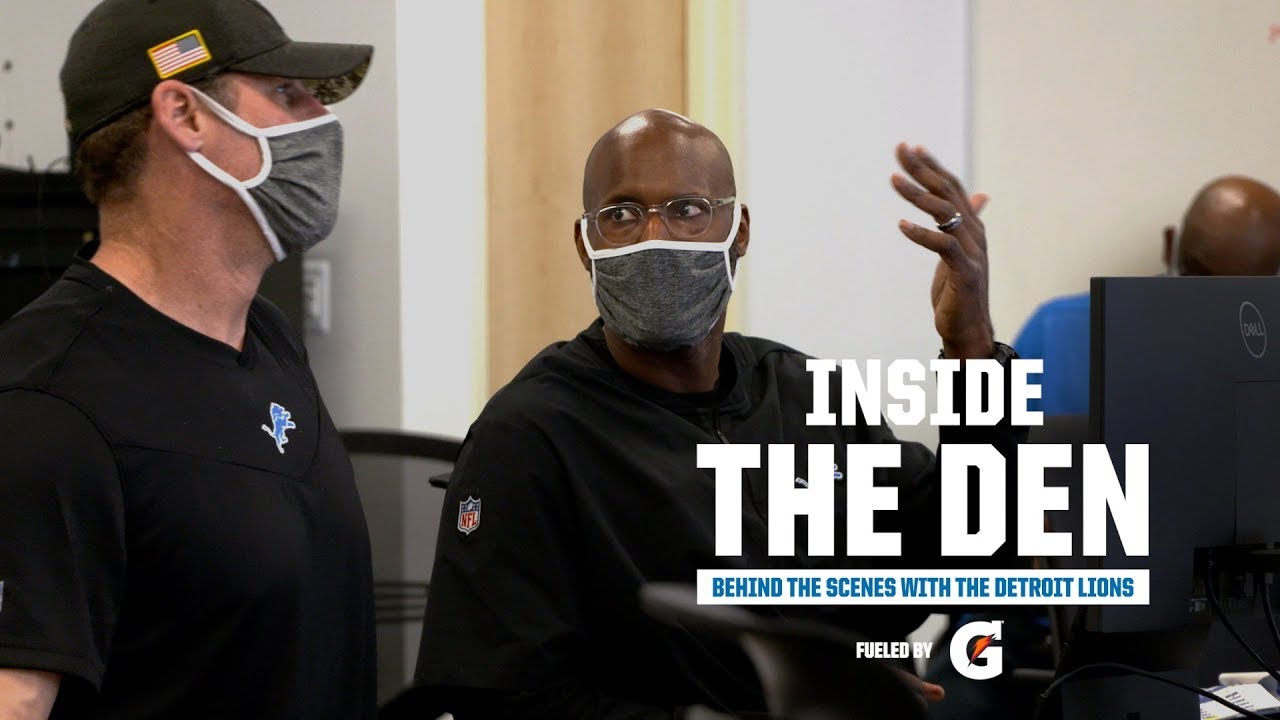 Should be some good Lions info to satisfy the appetite until tomorrow. I don’t believe it’s live, just an upload of the next episode.

Follicly challenged is the preferred nomenclature.

Video just went up! Should be a good one the night before the draft!

They’re showing zoom calls with the scouts and giving a pretty in depth look at what type of players we are looking for. Incredible access behind the scenes.

This was neat. The more I see of MCDC behind the scenes the more I love this guy. I have some people I’d rather not see them draft and some I would, but I’m convinced that whoever they take will be because they genuinely believe in them and that’s good enough for me.

Even Dorsey and Agnew getting some air time! Let’s get some studs in the draft tomorrow fellas!

Even Dorsey and Agnew getting some air time! Let’s get some studs in the draft tomorrow fellas!

I was disappointed Dorsey wasn’t smacking a wad of chewing gum!

Really good video…got me even more pumped for tomorrow (if that was possible)!

Excited to see this new front office stamp their mark on this franchise.

Did we tip our hand at all?

Most of it was fluff, which is to be expected on the official team site. One quote from MC/DC was “we need guys that get seperation” - Hence why KG is likely gone.

Did we tip our hand at all?

They showed interviews with prospects but blurred out the face and you only heard the coaches/scouts talking.

The video was heavily edited to not reveal any sensitive information. You heard a ton of scouts talking about players but you never have an idea of who the player is.

I just love seeing the actual coaches and front office speaking. No spin, just straight from the decision making sources.

Really enjoyed this burst of kool-aid b4 the draft!
Let’s git-r-done this draft!

I’d definitely be happy with that MF’r at DT! Oh - YEAAAAHHHH!!!

finally took the time to watch this thing - sure am loving coach Dan. Really like the different energies of our coaches.
Agnew and Staley seem great too.
Love Holmes. Feels like a lot of leadership on a lot of levels. Like @wesleysh21 was saying the other day - time to get some leadership in the locker room, now. I think this coaching staff could be the best we’ve ever had in my lifetime.
Wish Stafford could have played for these dudes. I think his grit would have been a perfect fit…spilled milk - let’s go throttle some Packers!
Tomorrow, shit’s about to get real! Go get 'em, Holmes!