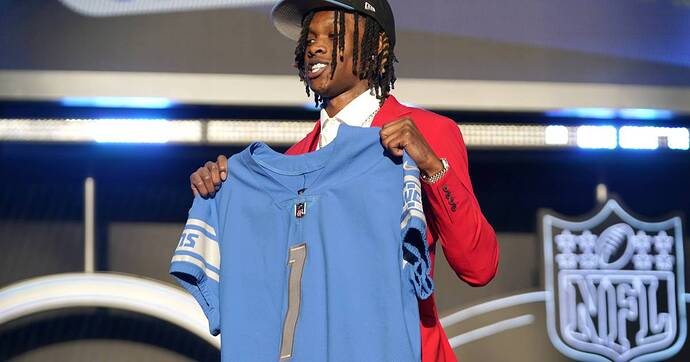 To help make sense of the 2022 NFL draft, here’s a look at some of the superlatives from the weekend, starting with a surprising draft-night trade.

When the Lions moved up to No. 12 at the price of a first- (No. 32), second- (No. 34) and third-round pick (No. 66), most people assumed it was going to be for a quarterback. So when it was announced that Detroit had instead selected Williams, it was truly a shocking moment — especially for a rebuilding team.

The Lions entered the offseason with one of the least imposing groups of wide receivers in the league, but after free agency and the draft, it’s turned into a position of strength. The speedy Williams joins rookie sensation Amon-Ra St. Brown and underrated veterans D.J. Chark and Josh Reynolds, a collection of players with complementary strengths. The Alabama star was one of the few receivers to threaten Georgia’s dominant defense last season, catching seven passes for 184 yards and two touchdowns in the SEC Championship game and another four passes for 65 yards in the national title game before suffering a torn ACL. Were it not for that injury, Williams might have been the first receiver off the board.

Jared Goff might not be the best quarterback to take advantage of Williams’ skill set, but there’s no doubt the Lions massively upgraded their offense with this one pick alone. This is a potentially franchise-altering move for Detroit, and general manager Brad Holmes deserves credit for making a bold move up the board to get it done.

All valid points about the Lions and Bears. Bears are going to suck, I think.