A little surprise for Spielman 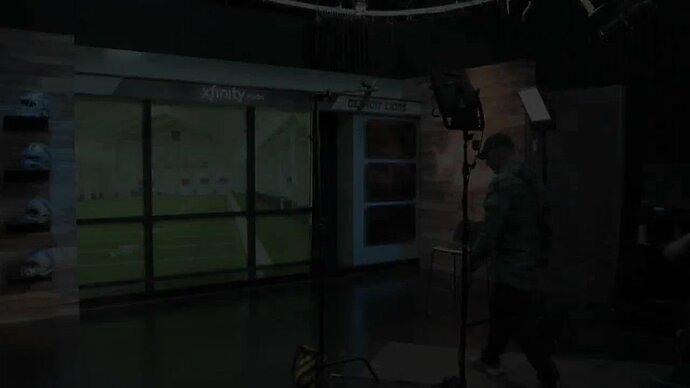 That’s amazing. Thanks for sharing.

I can’t say a whole lot for Rod Wood, as I think he is just a businessman. But I am happy with the direction of the team under Sheila, Chris, Brad and MCDC. They all really seem to want to build something special.

He definitely deserves to be in the ring of honor

Chris is one special dude. Man, this was really well done.

That’s awesome! Very well deserved . Loved watching Spielman play. The man gave his all day in and day out as a player and no doubt he’s doing that now.

My favorite 2nd round pick ever!

Great player… and even better person.

That was an awesome set up.

Aww that was really cool! Good for him and I love how they did that.

Side note, is it just because he’s getting older but doesn’t he kind of look like Michael stipe from REM, just kinda sorta? I think it’s the gray beard/stubble and the glasses

All it took was for him to be hired in the front office!

Good for Chris, he should have been there a decade ago.

Thanks so much for sharing! What awesome stuff right there.

Chris was and is the man! That will be a wonderful ceremony.

Damn pollen in here or something …

Speaking of people who should be in there, @stephenboyd57, what about Stephen boyd? Is he in or no?

I always thought of him as the successor to Spielman, and he was damn good.

Him and Schlesinger should both be in the ring of honor I think.

Speaking of people who should be in there, @stephenboyd57, what about Stephen boyd? Is he in or no?

I always thought of him as the successor to Spielman, and he was damn good.

Loved Boyd for sure, still have his jersey on my wall. He just didn’t play long enough, the injuries cut his career short unfortunately. He was a tackling machine.

And Schlesinger, what a stud.

Man that was good.

I was going to mention others that are conspicuous in their absence, like one tall WR. But no, this is Spielman’s thread.

Lion till he dies. Love this guy. Right person in the right place. Despite poor ownership in the past, he is so loyal and proud of the organization. Dude’s gonna be part of us getting to winning. Old school work ethic, honor, loyalty, and here for the right reasons. Detroit Lions is who he is as a man. Love it!

That’s awesome! Very well deserved . Loved watching Spielman play. The man gave his all day in and day out as a player and no doubt he’s doing that now.

I think he will do even better as the office linebacker! Pain train’s coming, baby!

getting older but doesn’t he kind of look like Michael stipe from REM, just kinda sorta?

Chris Spielman would kick that dude’s ass.
It’d be like sending Jack Fox in against a middle school football team.

Lol not an REM fan I see

Lol not an REM fan I see

I thought the song “Night Swimming” was awesome!
loved 'em back in the day. Not remembering a ton of their music.
Now that I teach energy, trauma bonding, attachment styles, etc…I see SO much in music. I can see so much in people’s lyrics. It’s SO funny. I’ve been using music to teach attachment style to my clients. they’re telling me I’m ruining music for them. LOL.

The energy of “everybody hurts” touches you in the way it’s supposed to. I’ll revisit some of thier stuff. Trying to remember their stuff. LOL.

Hahaha I wasn’t criticizing or anything just teasing you! I really just think it was a weird facial comparison/recognition thing.

That being said, I do love REM, the earlier stuff not so much the mid to late 90s and 2000s… I liked Monster which came out in 94 and then after that, kinda feel they went downhill. That being said Automatic for the People (which nightswimming and everybody hurts is on) is one of my favorites, a lot of good songs on there. Green is probably my personal favorite REM album for some reason, I’m still trying to figure that one out, probably a nostalgia thing.

Anyway! To your point, Chris Spielman would absolutely kick his ass! But if they ever met they’d probably have a cup of tea or coffee and get along, because they just seem like cool people. And cool people get along with cool people! Didn’t mean to take this thread on a tangent though… Chris Spielman deserves it and it was awesome to see, and I hope he can help build the Lions into what we all want them to be. Because he’s gonna get more responsibility and decision making, it’s only a matter of time if it hasn’t happened already.