All Right You Have One Game to Win

Which Lions QB from 1985 on (other than Stafford) do you choose to line up under center?

He had the highest completion %, over 62%, and had the best rating of any QB in that span not named Stafford.

He did so with a crappy supporting cast.

Goff was actually much better than anyone else we’ve had. He also did it with a crappy cast.

Goff would be up there too. Could you trust Hipple? If the game was on a Monday night I might take him.

Not a bad workaround.

If you are talking about skill while they were a lion I would consider Kitna. If it was the career peak performance of any former lion I would go with Culpepper.

Fox
Kramer
Goff
…in that order

We’ve won one playoff game in most of our lifetimes. Eric Kramer has to be the choice here. If not him, I’m going with Shaun Hill, especially if that game was played today. Kitna third, then probably Goff.

Good thing we got rid of that albatross taking such a high percentage of cap.

if this post doesn’t make you appreciate what we had in Staff, nothing will.

if this post doesn’t make you appreciate what we had in Staff, nothing will.

I know it’s like choosing whether to eat spoiled pork or spoiled chicken.

I think I have to take Scott Mitchell. Even though he was afraid of his own shadow. 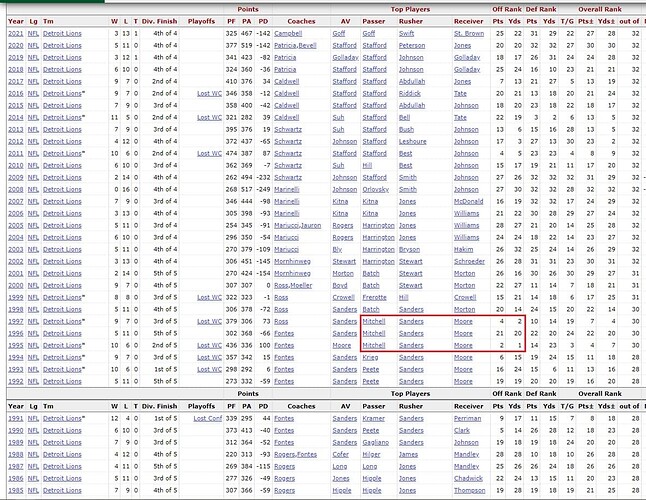 I know it’s like choosing whether to eat spoiled pork or spoiled chicken.

Mike McMahon! At least I will be entertained.

The real answer for me is Shaun Hill.

Is it really that entertaining though? I’ll give you this, Kyler Murray was good for a few laughs for sure. However, I’m not sure their fans, if they have any, were enjoying it that much.

Geez I forgot about NotSoBigShotBob. No reason not too, but I did forget him.

If not I’d take Kitna

Just got off the phone with Jon and he agrees

Is Mitchell playing QB or O-line? 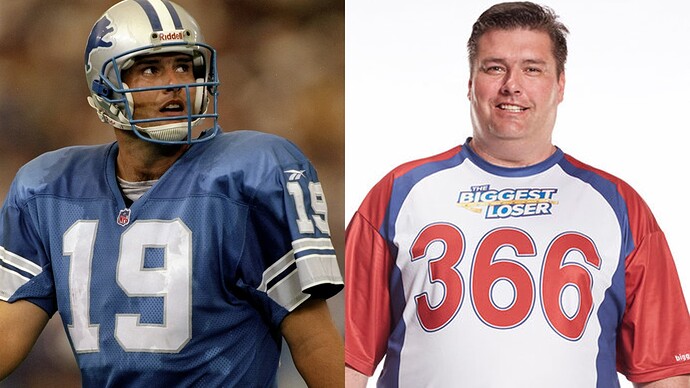