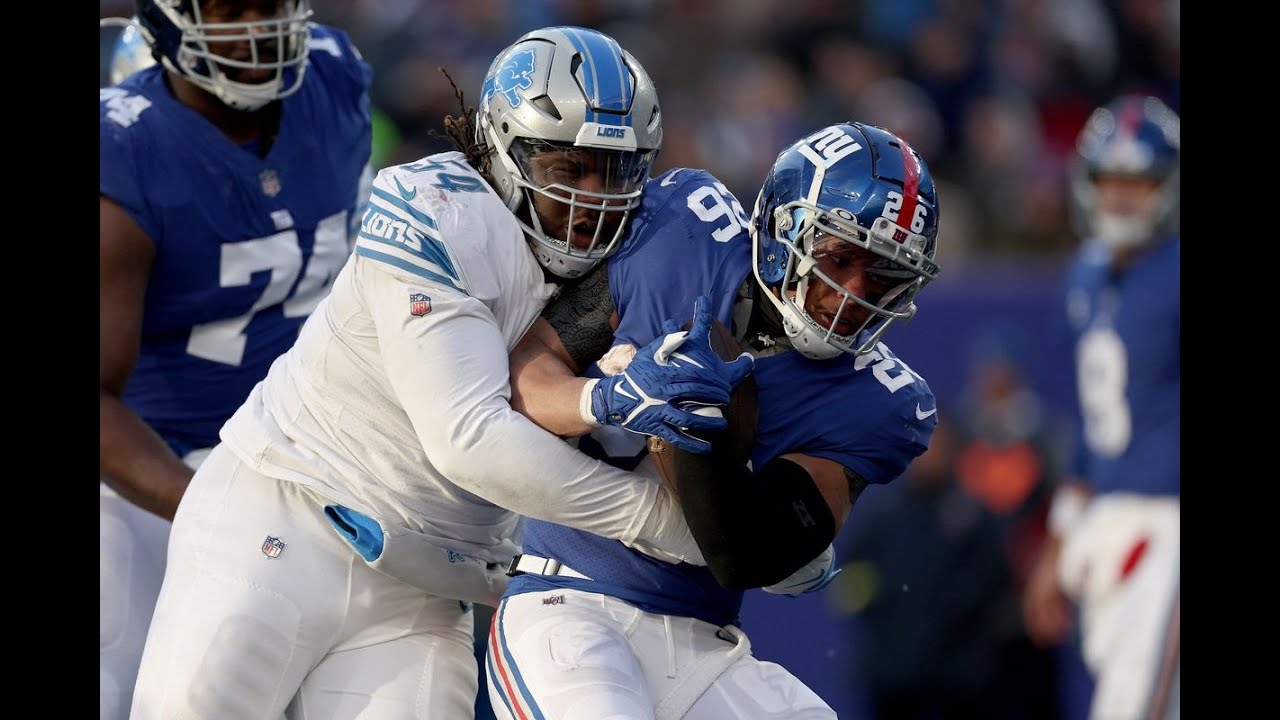 In slow motion you can really see the holes the o-line is opening. You can also see the patience of the RB’s to follow their blockers.

It’s cool to see plays develop before your eyes. Happens way too fast in game to “see” what happened.

Kirby got touched by 7 different Giant’s on that pick. Amazing return. ASB is a beast of a blocker - it really shows he’s a complete player.

I would also say that the Lion’s seem to be getting some breaks from the officials. I’m almost tearing up as I write this because that is not SOL.

Love how genuinely excited Hutch is when Alim gets the sack.
Love the max effort from Hutch.
Love how athletic he is too, that return on that pick was beautiful display of athleticism by someone who isn’t used to doing that.

This whole “gutz’n’kneeCaps” thing is wearing off on the entire team.
Jackson clearly trying harder…Ra…well…he is who he is (an influencer)…other WRs are following suit, from an effort/grit standpoint.

Goff really does have some beautiful fakes on some of the play action/play action-ish stuff.

Williams…Gaaaawd I wish he had more talent, but he is one serious Max Effort MF’r. Love the guy, and he plays at his ceiling constantly.

Our TEs aren’t that bad, but they could be better.

Winning at the margins with little things.
-Best downfield blocking our WRs have done since Barry was here.
-Watching the defense block after interceptions is BEAUTIFUL…they look great and are not used to doing it.
-Getting contain on faster athletes and forcing them to the help - beautiful
-Trusting the guy next to you and not putting yourself out of position by trying to overcompensate - HUGE
-Pressure (coaching improvement!)
-2nd half scheme looked great and we out-coached them HA!

Young dudes getting super-valuable experience and visibly growing from it.
Depth pieces getting lots of reps, where next year, they’ll be better backups.

Loving the direction of things.
For now, glad they didn’t fire AG.

Also wanted to note…JaMoss is gonna be doing shit that makes almost all of this look boring. That dude is gonna be in slow mo, and looking like regular speed.