Wrote about the grass vs. turf debate; Tracy Walker blames it for his Achilles tear. Reminded me of this photo I took from when Ford Field turf was installed. Here’s the turf laid on concrete, before it’s brushed & 1.75 inches of fill is added https://freep.com/story/sports/nfl/lions/2022/11/23/nfl-playing-surface-debate-turf-grass-detroit-lions-tracy-walker-achilles/69669717007/… via
@freep 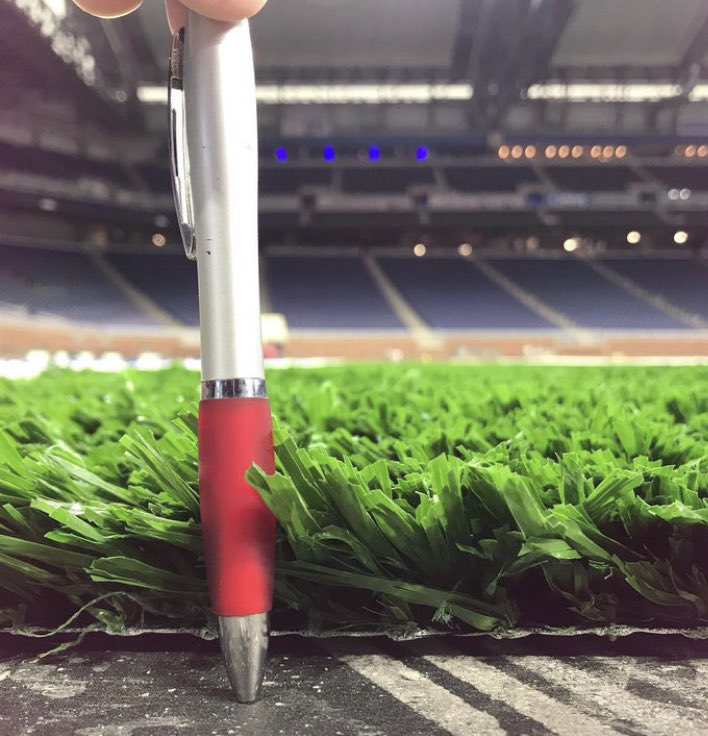 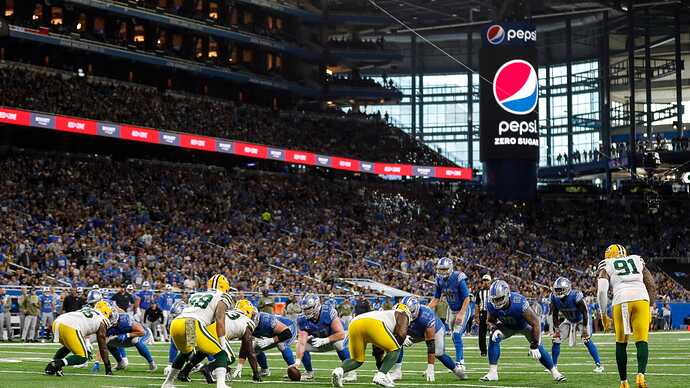 The NFLPA called for a ban on slit-film turf fields like the one in use at the home of the Detroit Lions, Ford Field, and five other stadiums

He was playing on the same surface he has played all of his home games on in Detroit.

He changed his cleats before the game.

Why is he not questioning the role of his cleats?

To be honest… his achilles may have already been stressed or damaged to the point that the rupture would happen eventually regardless of the turf or cleats… but it is weird that the blame went only to the turf in that scenario.

I don’t think that’s a good surface to blame it is a reach . We don’t know what made his injury happen.

I am sure lions would change it fast if it was certain that was the cause. The team has a lot of money invested on that field every week an for at least 8 games.

I do beleave its ready to be changed so maybe they will this off season an we can hope ankle an other leg injuries lesson.

I am sure lions would change it fast if it was certain that was the cause. The team has a lot of money invested on that field every week an for at least 8 games.

NFL owners actions that only recently come to light don’t necessarily paint a picture where that’s sure to me.
They have to spend salary cap money. They don’t have to change a field until they want to. We have some suggestions not all owners are trying they’re hardest to win.

Also , the team( Sheila ) may still actually decide they want to change it now that it’s getting bad press and they’re hearing their players , team leaders , don’t like it.

But as unsafe as it is , the owners and nflpa didn’t fight moving browns bills there.

I am sure they have a lot invested in players rich don’t get rich being stupid.

Maybe you have axe to grind with the owners I don’t . You own apartment building you want top dollar you don get it with broken windows or bad stairs or dirty apartments . Yes you can make money but value of building goes down . If they are certain they would change it also its due for a change but you didn’t want to hear that Happy Thanksgiving

I am sure they have a lot invested in players rich don’t get rich being stupid.

Player costs are controlled in salary cap. The rich owners have to spend it. The rich owners don’t have to be good at football business of winning
They can invest in the good business of the nfl where franchise value continues to climb and money comes in which covers players costs.

Lions ownership … it’s interesting then how would you label them ? Rich and smart because lions make money ?

My axe to grind is I know they have an agenda and resources and have a track record of manipulating data
Be it for safety or to move a team.

That’s why I asked why you are "sure " meaning "with certainty " – why you think owners wouldn’t do that type of stuff again?

Not all team owners went with this turf.
If one team switches it out like NY is saying they plan to do
… I wonder what their motivation will be and if that adds pressure to lions to "keep up with the joneses "

Is there an alternative form of artificial turf available they can switch to?