Bucky Brooks gives us 2 D in his first mock

He gave us at 6 Bryan Bresee

I like that draft but think that CB will be gone but would take any CB they like at 18
That day one would be I think a major plus for Lions.

Bryan Bresee i would interview as much is legal an give him the highest medical possible. If he passes an interviews are good I draft him as fast as possible. He could be better than Carter

I wouldn’t be too upset, needs potentially addressed

I’d like to make sure RG is taken care of too. Continuity.

He gave us at 6 Bryan Bresee

I could live with that. Like most, I’d rather have Carter, but, I’m not comfortable giving up beans to get him, when we’re still getting top quality for the pick and the draft will have other quality pieces available when we pick the first two days.
I don’t value Carter enough to use two or more high draft picks on him.

I would not draft Bresee, Big guy with knee injury sounds like a receipt for disaster. I did not watch him play much but he gets poor tackling grades and is just ok against the run. Also positional value is not high with taking a DT in top 10-15 picks, so I would only take game changing DT in the top 10 picks and Bresee is not a game changer.

If this is how the draft fell I would take Murphy. He will get after the QB so positional value is very high.

Right now the Cards and Seachickens are the real wildcards. Either team could go in so many directions. I am always curious why mocks never have Seattle taking a QB, putting all your eggs in the Geno basket is a bad idea. Also I think mock right now are undervaluing OT, CB, and WR. I would be very surprised if a team in the top 7 doesn’t take one of those position

I haven’t counted them all……

but seems like Bresee might have had almost 10 more sacks if QBs hadn’t intentionally grounded or just barely thrown the ball away as he was about to hit them.

I think Bresee is a good example of a great player whose college stats don’t really indicate how much impact he had on the pass rush. 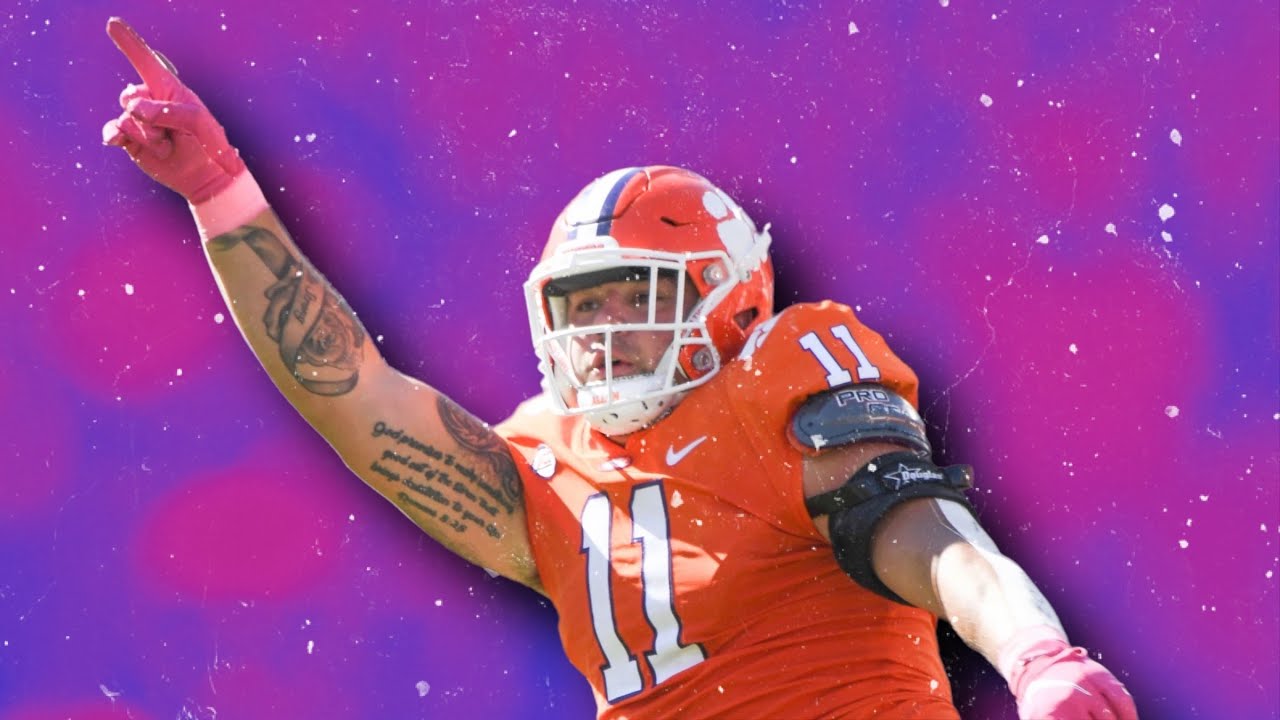 Medical eval will obviously be huge for him….
but I like the player.

I’d like to make sure RG is taken care of too. Continuity.

Commit to Goff, extend him with a slight raise but pushing big money down the road. He wants to be here, its time to leverage the fact that we are now a player destination. With this cash, and what we already have, plus a few common sense cuts like Brockers and Big V and maybe you can trade guys like Romeo etc. With this dough we resign some guys like Commish, Buggs, Chark and Elliot.

I take the passion out with Jamal. Love the guy, but he looked better behind the best oline he’s ever run behind for a reason. Also lot’s of 4th downs where most teams punt and a lot of Touchdown Tommy Vardell stats. He’s a great leader and I’m factoring that in, but if he needs more than 5M per I’m on to guys who are better who will take 7M. FA is stacked or a guy like Jahmar Gibbs in the 2nd. Or I’m also totally fine throwing the money at Josh Jacobs. He would be a complete game changer, the dude doesn’t miss time and he’s still young.

FA has some studs at DT. Payne is my target with Javon Hargrave as a 2nd choice, but Payne is the guy and I pay the man. Lastly go get Dean for CB1. In the draft, if Anderson somehow slides… man probably have to pull the trigger, but if not, let’s trade down and take Witherspoon for CB2. If we didn’t shoot the wad on J Jacobs, then I try to fold the extra beans and maneuver for Bijan. Another game changer at RB. Then (I know it took awhile to get to OG) get John Michael Schmitz. Then we perhaps need to get a little crazy. We open ourselves to the possibility that Schmitz will be better at C and we move Frank to RG. Schmitz has power, size and movement skills.

He’s not your 305lb C that is too light in the britches to play G. He’s 6’4 320. Ideally he moves to RG day one and that is that. I think he can because I think he’s mobile enough and aware enough to do the pulling duties Ben’s scheme requires. He’s certainly more mobile than Big V is who is I guess the on paper starter right now. But “if” the transition is going poorly early, I would not be afraid to move Frank over. Superbowl, lock it up.

I would loooove that, bro!

Josh Jacobs. He would be a complete game changer, the dude doesn’t miss time and he’s still young.

I love him too - fits our “toughness” theme, & no real dropoff when Swift gets hurt. I am weary of FA & the cap though.

Loooove your plan for the short term. I can’t see Bradley spending that much in FA though…maaaybe I’m full of shit (again), but I think we built through the draft again, for the most part. maybe a band aid again. I am well aware that my plan may not be the best vehicle to solving the riddle of the DT…Fingers crossed.
Trusting Brad

I love him too - fits our “toughness” theme, & no real dropoff when Swift gets hurt. I am weary of FA & the cap though.

Jacobs is one of those rare RB’s that is worth it. Him and Swift for at least another season would be insane. The Brockers savings alone can go a long way towards JJ’s year one. Then there is the money we don’t pay JWill. He’s missed TWO games in the past 3 seasons and 5 out of the past 65 games. THAT you can pay for and he’ll be 25 in February.

I can’t see Bradley spending that much in FA though…maaaybe I’m full of shit (again), but I think we built through the draft again, for the most part.

I can’t either… buuuuuuuuuut. 2 things affect my calculus. One is that Brad was as surprised as we were that we went 8-2 over our last 10 games and realizes we are further ahead quicker than what was originally thought. We aren’t 3 years away. We have a path (like the one above) to win a SB as soon as next season. Number two is the biggest reason for this. Ben Johnson. You have the most innovative OC in the NFL that raises all boats on this offense and Jamo was barely used. But you only have him for next season.

So “staying the course” will mean you going into 2024 with an unproven OC that at best will be a downgrade. Ben is gone after next season for sure unless he totally pulls a Cooter. I don’t see that happening. Still a pipe dream? Yep but this is dream season brother!

Yep but this is dream season brother!

I’m loving it!
So excited to see what Brad comes up with.
At the minimum, we get out of the wild card round, for sure…first round bye.

I really think we’ll do great without Ben. Him being around another year will help the guys learn “the way” more. I know it’s not exactly the same, but I think Ben sticks around for 2 more years, & the entire staff is in perpetual training. I see Fraley, Staley, & Brunell as highly competent too. These guys are all learning symbiotically from each other through lateral meetings → orchestrating the offense into one organism.

I am with ya → there will be some drop off, when Ben leaves, but…
-I think he stays for 2 years
-I think the other offensive minds are pretty friggin’ sharp too (especially Fraley)

I am getting a JJ Watt vibe from Bresee but Bryan is bigger. Watt didn’t have amazing stats in 2 years at WI after his CMU transfer. There are injury concerns with Bryan but his talent is also clear.

Carter is a better prospect but Bresee is a guy I also like.

am getting a JJ Watt vibe from Bresee but Bryan is bigger.

Ben is gone after next season for sure unless he totally pulls a Cooter. I don’t see that happening.

I agree, someone is going to pay BJ!
I see 23 as a year where Ben is tutoring our next OC while learning what it takes to run a team. I see Dan putting more on his plate to help him be prepared for the role of HC.

I actually think RG may be found in free agency.

Starting to really warm up to Gonzalez. I like Witherspoon too, but the nice thing about drafting Gonzalez is his speed deep. We got beat so many times on those deep sideline passes. Gonzalez just makes it look easy when he flips and runs with his recovery speed. We don’t have anything like that. To get him at 18 would be exciting.

Considering how much we play Man

Gonzalez has the perfect physical set for our secondary, especially with his speed

Like the Packers taking Eric Stokes (Who also was speedy aswell), we need someone to cover WR 1/2 Effectively, and take away the deep ball.

I worry a little bit about his ability to tackle though. But I think he can work on that in the pros. He’s a bigger corner which will help.