the guy is really funny 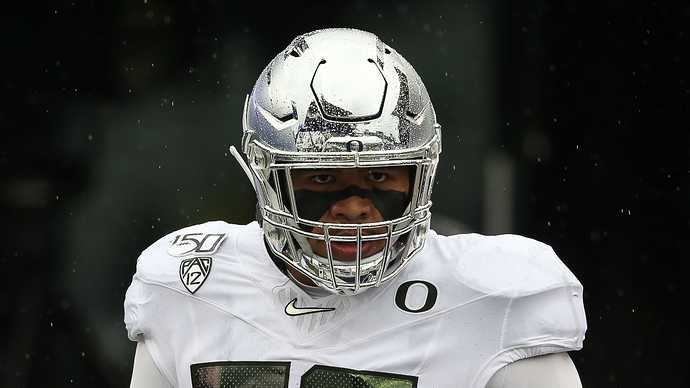 Debating the Detroit Lions' 2021 NFL draft class, what it means for the future

Debating the Detroit Lions' NFL draft class in GM Brad Holmes' first year of the rebuild, and what it all means for the future, Monday, May 3, 2021.

Carlos is such a complete idiot douchebag. “offensive linemen don’t do much” *.

I haven’t watched yet nor do I know if I want to, but did he actually say that?

Yes he done did.

Oh my goodness. That guy has to be getting paid to say that kind of stuff.

“Listen Carlos, we’ll keep you on the staff but you just have to be our clickbait guy.”

That doesn’t even make sense.

He gave them a F grade Thursday night bc it wasn’t a WR.

In another forum I belong to there is a robot that posts when you mention his name: “he is an idiot, we don’t speak of him here”

He’s a try-hard version of Skip Bayless without any charisma. Everything he says should be ignored.

glad i read the comments before reading the article. I’ll save the four minutes by not reading it!

I’ll never click on one of his chicken droppings.

Thank You for putting who the author is in your header. That way I know nit to click on it.

I won’t give that idiot my clicks.

The video is not just Carlos Monarrez (FYI).

It is Dave Birkett, Shaun Windsor, and Monarrez discussing the Lions draft.

Overall it’s a good 35 minute segment with 3 guys who cover our Detroit Lions.

I’m an not a fan of Monarrez at all. But I do understand his role as the instigator.

Monarrez is the friction that creates “energy” in the conversation.

It’s a pleasure to watch a genius like Monarrez at work.

You guys gotta stop clicking on that trash

His argument isn’t much different than I have read from some here. He’s simply saying you can get lineman in the 2nd and 3rd rounds. Save the top pick for elite athletes. We’ll see. Like every draft, Holmes will be judged based on how the players picked after his choice pan out. If they missed on an elite talent for a lineman who turns out to be good but not great, there’s going to be debate to be had.

Some writers like Carlos stress their preconceived needs and positions in draft grades. One evaluator on The Draft Network praised all of our picks as good values, but gave us a B because we didn’t draft a WR early enough. So if you veer from their preference, you bad.

That worked so well when the Lions drafted Calvin. Only problem is, the Lions weren’t really a competitive playoff level team until they drafted Suh.

I’m not arguing against the draft. I would have been fine with pretty much anyone he picked because I believe in letting someone see their plan through. I’m just saying his argument isn’t off the wall. We’ll see in a few years.

Oh my goodness. That guy has to be getting paid to say that kind of stuff.

“Listen Carlos, we’ll keep you on the staff but you just have to be our clickbait guy.”

And it works. How many of his articles get “shared” here?

Exactly. It’s the noise needed to start some debate, even if it’s a bad, dumb debate