This will be an interesting watch…
we’ll see how Sanders can affect an emerging dual threat QB. 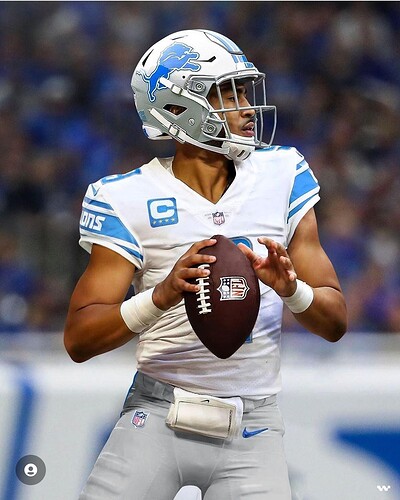 I wonder how much Georgia will even bother with Forbes? They’ve got the horses to win even if they don’t throw to his side of the field, they may just avoid him. That’s still a point in his favor evaluation-wise, but it doesn’t give us a lot to go on. Hopefully Mississippi State can keep it reasonably close for a little bit.

Not completely sold on Young, but he looks good in the Lions uniform. Now if only he would work on those noodles coming out of his shoulder pads.

Yeah, Bryce isn’t a chiseled Adonis like our current QB.

I’m going to try and catch me some Bo Nix. See if he does any backwards passes or not.

Yeah, Bryce isn’t a chiseled Adonis like our current QB.

Haha fair point!! Young just looks so freaken skinny to me, he looks like a kpop dancer!

RB Deuce Vaughn K State, Baylor has given up a shitload of rushing yards lately.

WR Charlie Jones Purdue, RB Chase Brown Illinois Already has a TD, leads the nation in rushing, and will become the all time leading rusher in Illini history this season. Brown with another TD.

Charlie Jones just scored a TD and tied Illinois. Now has 10 TD’s and over 1,000 yards on the season.

Kentucky and Will Levis losing to Vanderbilt even though Vandy has 2 turnovers and KY has none. Will Levis fans may want to take notice here.

I don’t believe Will Levis fans actually watch him play.

Levis is 10-20 for 101 yards and no TD’s. They now have the lead thanks to their running game, Chris Rodriguez has rushed 18x for 162 yards and 2 TD’s. So, you have a RB that is killing it and apparently that isn’t opening up the pass vs a team that you are giving 17.5 points.

Game on the line and Levis can’t even figure out a way to get a pass off. Let’s put the baby to bed on this guy, he’s not it.

Levis would flat out be a downgrade from Goff.

Well, he just played his way out of the first round.

Anyone watching Purdue and Illinois has to be impressed with Graham, hybrid LB for Purdue. Missed 4 games with a foot injury but has come to play today. Really would like to take a flier late on a coverage LB.

Anyone watching Purdue and Illinois has to be impressed with Graham, hybrid LB for Purdue. Missed 4 games with a foot injury but has come to play today. Really would like to take a flier late on a coverage LB.

We already have a LB from Purdue. Is there a limit?