Clyde Edwards-Helaire off to a poor start 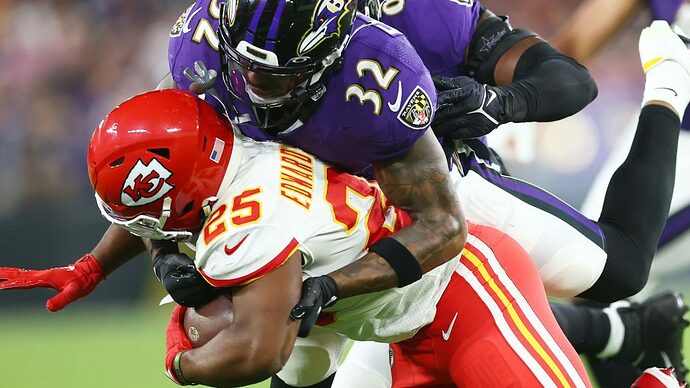 Even before his fumble, Clyde Edwards-Helaire was having an ugly season -...

After Chiefs running back Clyde Edwards-Helaire lost a fumble that sealed the Chiefs’ loss to the Ravens on Sunday Night Football, Patrick Mahomes told him not to let one play define him. Unfortunately, Edwards-Helaire’s problems go far beyond one...

Andy Reid was hoping for the next Brian Westbrook, but not quite

Tell me about it, he’s on my Den fantasy team. SUPER glad I didn’t stick with that guy as one of my keepers at least.

Cleveland and Baltimore have given up 206 yds to RB’s combined in two games.

The Chargers have given up 287 in two games

Let’s see what this week holds for him, two weeks isn’t enough to judge anything.