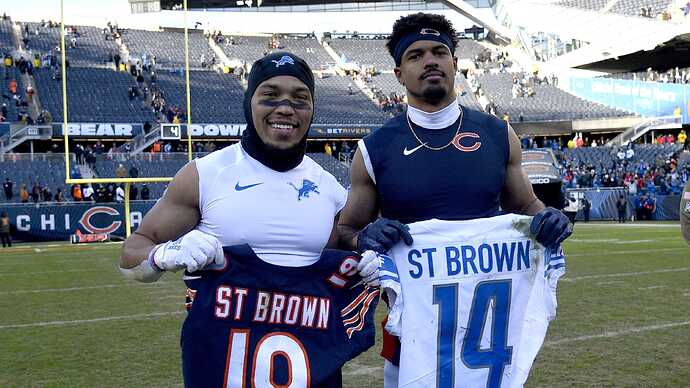 Dave Birkett breaks down the Detroit Lions' 31-30 win over the Chicago Bears and looks at players and coaches who helped and hurt their stock Sunday:

I tried to find a stat line for him to make a Venus/Serena joke Sunday evening, but he only showed up with a couple of runs. Meanwhile, the younger St Brown was the top receiver with 10 receptions on 11 targets.

Not impossible, but I’ll choose the receptions. First downs and TDs go a lot farther in wins than 40-yard bombs in losses do.

You would, why is that? Personally I’d take the receiving yards. In theory 1 reception for 40 yards is more valuable than 3 for 30. This is nothing to do against ASB, he’s a stud & we’re lucky to have him.

Personally I’d take the receiving yards. In theory 1 reception for 40 yards is more valuable than 3 for 30. 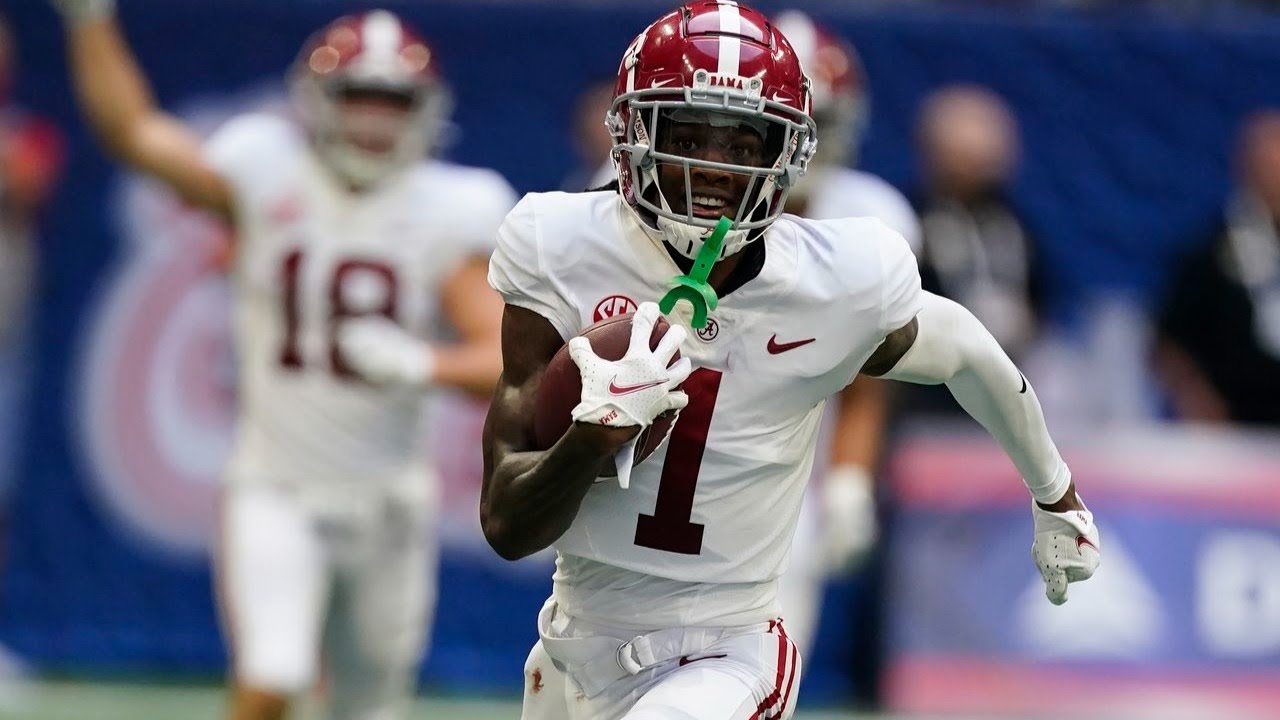 UPDATE! Waddle still has to play Sunday, but as of today with six games left, ASB and Waddle are now tied for 16/17th on the list of top 25 receptions in the first two seasons by a WR in NFL history. 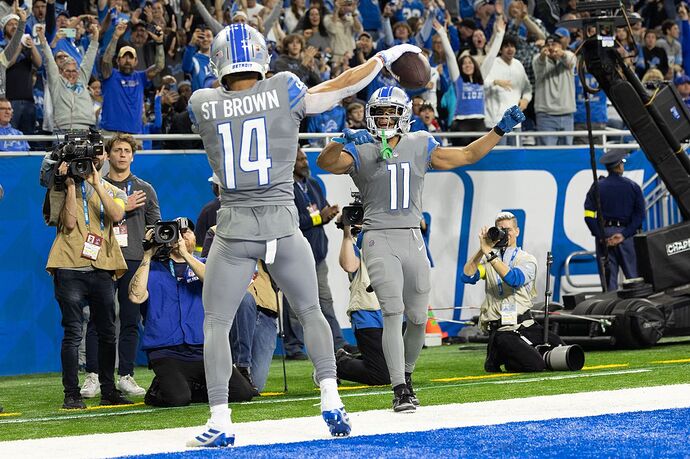 And while St. Brown isn’t celebrating moral victories or anything of that nature, the second-year wideout knows his team hung in there blow-for-blow with one of the NFL’s best. St. Brown has caught 26 of 29 targets for 397 yards and one score in the...

As mentioned in the Game Thread:

Amon Ra doing Amon Ra things but yeah ESPN he’s not in the top 25 of under 25 players. GTFO

Where’s Waddle on that list? He set the rookie record for receptions last year so I imagine he’s working his way pretty high up too.

With today, Sun God has not only crept into the field and passed Waddle, he may as well have lapped the field.

Now, yes he is getting two extra games, so I will present both sides.

If you say it should be the first 32, then ASB needs 4 catches in three games to pass S-S for #6 all time.

If you say it should be the first 34, then ASB needs 22 catches in five games to OBJ for #5 all time.

Either way, he’s a beast and what a game by him today.

He’s going to break 100 receptions if healthy and a 1000 yards receiving. 10 receiving TDs is possible too with 5 games to play.

Michael Thomas and Justin Jefferson are tied at 1st with 196 receptions. St Brown needs 30 receptions in 5 games. My guess is he blows by that and goes well over 200 and sets the record.