Could Bryan Bresee Be A Better Pro Than Jalen Carter?

So would I. But job security is a must if you’re going to operate in that fashion

He’s a stud at penetrating and rushing the passer, but he’s really a liability in the run game. At 6’ 280 with short arms, that makes sense. So he might only be a guy we use on obvious passing downs.

Yeah. His cut-ups are sexy because he can shoot gaps and pressure the QB against smaller collegians. But there’s way more to playing DT in the NFL than shooting gaps. He is too slight for my taste. Not enough sand in his shorts. Now would I add him in the 5th round? Yeah. 3rd round? I think there’s better value there for the Lions.

Breese is dropping like a rock , it’s like you are going off draft boards. If you watch any tape you would have to go back to his freshman year to find even a resemblance of the guy your talking about.

I really liked Breese and my hopes were high for him.

This was the year we needed Breese to turn the corner. To be honest I thought he would and would push himself into the top DT spot. It didn’t happen.

@MyLions makes some good points on why it may not have happened but the fact is that it did not. You can’t draft a guy based on potential alone.

If he reaches his ceiling he might be exactly what we need at DT, but that’s a big risk.

His ceiling is very high but so is the risk. The real question for me is when am I willing to take that risk. For me it’s not until round two. There’s plenty of good players still available at 18 that are far less risky.

Yeah I like Kancey too though I prefer to get him in the 3rd. He’s a stud at penetrating and rushing the passer, but he’s really a liability in the run game. At 6’ 280 with short arms, that makes sense. So he might only be a guy we use on obvious passing downs. Maybe not, that’s on Brad and the coaches to figure out, but there’s only so much he can do at his size.

I am anxious to see what the measurements are on Kancey…

because he wins quite a bit with his hands… which we know is not typical for a guy that is overwhelmed due to short arms.

His sack against Rhode Island… while a smaller school…. was just a “wow” type of play.

Then there is this TFL against Georgia Tech….
when he can’t even be seen just after the snap… 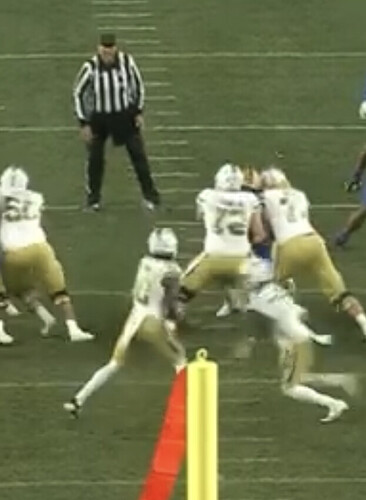 I always appreciate your voice Air. In terms of Bresee, IF we are to put any value in grades or scores at all (that is certainly an open question!) Bryan had a career high in pass rush grade in with an 82:
“He came back from an ACL tear to earn a career-high 82.0 pass-rushing grade in 2022.”

When one really breaks down the arguments for Carter and for Bresee (unless there is a work ethic or character issue we don’t know about) Holmes has to take Carter over Bresee:
“At a minimum, the run Carter has been on since returning from an early-season ankle injury is the most dominant these eyes have seen at the position since PFF started grading college in 2014. From Week 9 on, Carter has earned a 93.0 overall grade to lead the country.” 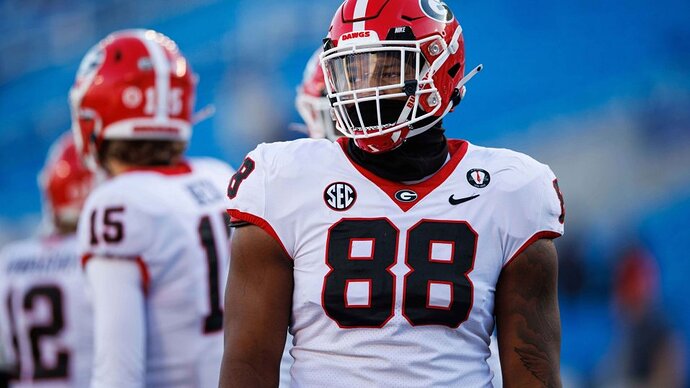 I flirted with Bresee over Carter but I just don’t see that argument holding up as Carter is simply better. Period. If Carter is better than Quinnen Williams (Jets DT) you have to take that option. Bresee is a hell of a choice though.

Now that I am really starting to roll up my sleeves for this draft the DT position group is really, really good. I am starting to like Gervon Dexter a whole lot and Dexter is likely to be there in rd. 2. Enough of a gamble to make passing Bresee @ #6 OA really easy as Bryan might fall that far.

I am getting VERY comfortable with taking a CB/Safety high and a guy I am loving is S/CB Brian Branch. Brian might give this defense the best single piece to step forward as he can take Will Harris’s place as a rookie, he can tackle very well and he is smart as hell. This CB class is lso very, very good.

Right now I like CB/S at #6 and then see what is out there at #18 OA. Bresee might be there and that would make me REALLY happy. BUT…RB, second CB and so on is all an option as DT can be had in rd. 2.

The chance of an individual team trading away a single pick is infinitesimal, like less than 1%.

I guess that math isn’t your strong point.

Dozens of draft picks change hands every draft and there are only 260 or so picks so I’d guess the number of picks that get traded in one fashion or another is somewhere north of 10%. Last year in just the first round you had 18 of the 32 picks were made by a team other than the one slotted there.

So the chances that the Detroit Lions are going to trade the 6th overall pick in the 2023 draft would be a small number…statistically speaking. Or we can look at it a different way. As far as I can tell the Lions have only had the 6th pick twice. One time we traded down, and the other time we took a pro bowler (Lomas Brown). So using that as the statistical basis we have a 50% probabiity of trading down and a 100% probability of taking a pro bowler if we stay put.

This more on the line of a weatherman’s predictions … 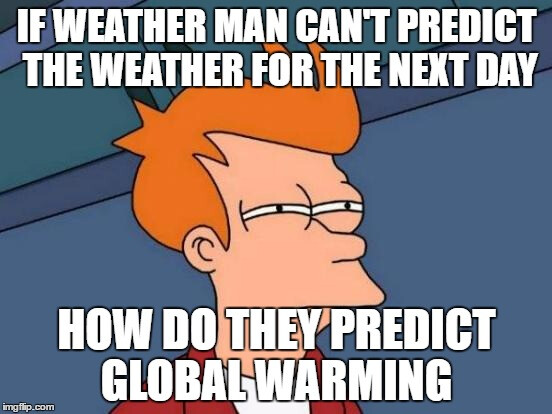 I always appreciate your voice Air.

I was on the Bresee band way before most. Do a forum search and you’ll see posts of me taking about him over a year ago. I really thought the kid was about to arrive. I really thought he would pass every DT and rise to the top spot and hit TOP 5 in the draft.

On the Flip side I thought Carter would decline some because the talent around him declined.

So instead what happened was Carter got even better and showed just how physical he can be. He truly is a beast.

Bresee on the other hand didn’t show up like I expected. There’s a lot of factors that could lead to that and those factors lead to more questions.

A year ago i was convinced this kid was a top 5 talent. Today I think he’s a risk that I’m not willing to take at 6 or 18.

Give me Branch, Witherspoon, Anderson, Carter or several others first.

Right now I would take Gonzalez at 6 I would like small trade down an try get a fourth along with a another pick, If Bresee hits 18 i grab him

Holmes has to take Carter over Bresee:

Agreed all the way. Any Bresee talk is under the assumption Carter is gone by 6, which I absolutely believe he will be. Now we also thought no way Sewell would be there at 7. So anything could happen especially if 2 or 3 QBs go in the top 5. But I doubt it.

On the “pass on Bresee at 6” thought, I’ve been running simulations taking Witherspoon/Gonzales at 6 and Branch at 18. Gervin Dexter is a big big boy who might be there in the 2nd (doubt it though). He almost certainly will develop as he becomes a man. But here’s what I keep coming back to: the teams that can bring serious and continuous heat on the QB are the teams that are making deep runs in the playoffs. We took a major step toward that this year adding Hutch, Commish and James Houston IV. But we aren’t quite there yet and I think we’ve got to do what we have to do to add a blue chip DL piece with pick #6. Whether Brad and DC think that piece is Bresee, Myles Murphy, Tyree Wilson, or someone else, I believe the way you build a foundation for making noise in the playoffs is to continue to add blue chip assets up front on the defensive line. Don’t get me wrong; we desperately need talent in the secondary. So take the top CB/S (Witherspoon, Gonzalez, Smith or Branch) at 18, and depending how the board falls another defensive back at 48 or 59. Forbes, Christopher Smith II, Battle, Brandon Joseph…All intriguing options. Wildcard is if they love a RG or RB or LB. It’ll be a blast to watch it all unfold in the next 3 months.

I don’t think it’s BS at all. I’m confident that much of the scouting community would view the same production at 20 much more favorably than at 22.

I don’t think it’s BS at all. I’m confident that much of the scouting community would view the same production at 20 much more favorably than at 22.

Correct. It’s the same reason why all things being equal a college program is going to take the kid that’s younger by a year in the same recruiting class as another. Eventually that younger kid will develop more significantly/pass up the older kid during the college career from a production stand point