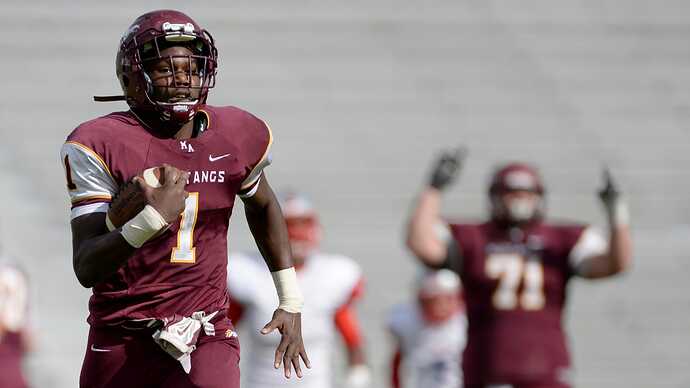 The Lions have four players — Trey Flowers, Kerryon Johnson, Reggie Ragland and Logan Stenberg — from either Huntsville or Madison, Alabama.

There is also a daily flight to and back from Detroit from here. I’m pretty sure it’s because of the auto manufacturing we do here now, but all I remember is one time I saw Kerryon Johnson at the airport presumably taking that flight.

So I was at the barber’s this morning, and just to clarify, I’m not talking about some commercial barber at a chain. My family has been going to this guy’s little barber shop for over 20 years.

Anyway, we were talking about throwing events in track (don’t ask me why, I don’t remember how it got to that), and I told him that unless you’re 6’4" 300lbs, it’s pretty hard to be really good at shot put.

So he says “Speaking of 6’4” 300lbs, there was this guy who called me to make an appointment, never been here before, and when he showed up, he almost had to duck to get in the door. Huge guy. And there was someone else in here waiting also, so of course I asked him ‘So we’re waiting on you to tell us what NFL team you play for.’"

“So turns out, he’s actually plays offensive line for the Detroit Lions.”

I immediately ask him, “Was it Logan Stenberg?” He shakes his head yes.

Turns out, Logan told him he bought a house out in the Hampton Cove area (where I live) recently for the offseason, and he was getting ready to fly back up for fall camp.

So Logan, if you’re reading this, you and I have the same barber and live in the same neighborhood!

I just thought this story was too crazy to not share.

I’ve been critical of him since he got here, he just never seemed to get it and then has been injured with the result being he simply has added nothing to the team. Well, he should get a pass with re to the previous regime and injuries just suck so, it is what it is. It would be great if he steps up this year, because we finally have a unit we should be able to really count on for our present and future. Evan Brown emerged as a very legit backup at center, Matt Nelson has proven to be a reasonable backup option, we could really use a strong contender for backup at OG.

Big V has played much better but he’s over paid, having an option behind him doesn’t necessarily mean we let him go, but it does mean we don’t need to keep over paying. We would save close to $8 million in 2023 and $9 million in 2024 if Big V is moved on. It IS important to have the next man up, it’s important to not over pay as well. He’s 29 so not really an issue as OL guys can play well into their 30’s but I still cringe over the initial contract.

Are you from Huntsville. I have a ton of family there.

Your probably my long lost 3rd cousin….Billy Bob is that you?

I was pleasantly surprised at how much I liked Huntsville when I was there for a couple days.

Are you from Huntsville. I have a ton of family there.

I am. We derailed a thread talking about it. Edit: It was the NCAAF New Year’s Eve game thread.

I was pleasantly surprised at how much I liked Huntsville when I was there for a couple days.

You’d also be surprised with how many other people say this. Now they’re all moving here!

Been to the The U.S. Space & Rocket Center in Huntsville…Fascinating!

Yeah it was very cool 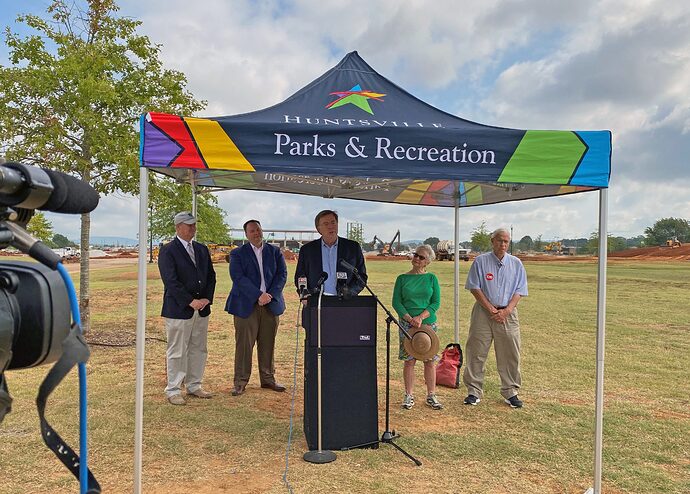 Professional soccer is coming to Huntsville’s Joe Davis Stadium. Mayor Tommy Battle announced a partnership with the Nashville Soccer Club (SC) to launch its next MLS NEXT Pro team in Huntsville. The team will begin competition in the 2023 MLS NEXT...

Had to show off while this thread was still relavant. Completely unrelated to the OP though.