Did anyone else think that RG3 was going to get in trouble for saying this? 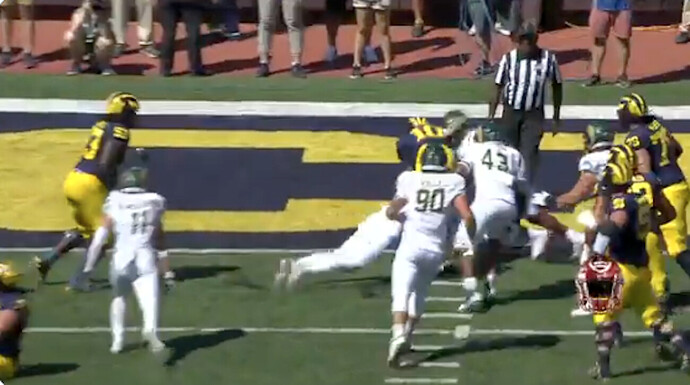 Robert Griffin III with the hilarious call in The Big House.

Lolololol that was awesome. He’s not really gonna get in trouble is he??? I like him as a commentator!

Was laughing when I heard that watching the game.

I thought RG3 was hilarious. When the TD happened, he said “i am always happy to see a #10 get in the end zone, but I am not touching that last name!”

When Orji handed off to Gash, my 12 year old soul giggled as hard as it did during the halcyon days of Jake Butt.

You just call the game the way it unfolds in front of you.

He better not get in trouble for that! Haha!