Driskel to the Broncos

The Broncos are close to signing Jeff Driskel as their backup quarterback, Mike Klis of 9Sports reports. He will backup Drew Lock. Driskel spent most of last season in Detroit. The Bengals cut Driskel on Sept. 11. Six days later, he signed with the...

Broncos general manager John Elway identified backup quarterback as a need. The Broncos have agreed to terms with Jeff Driskel. 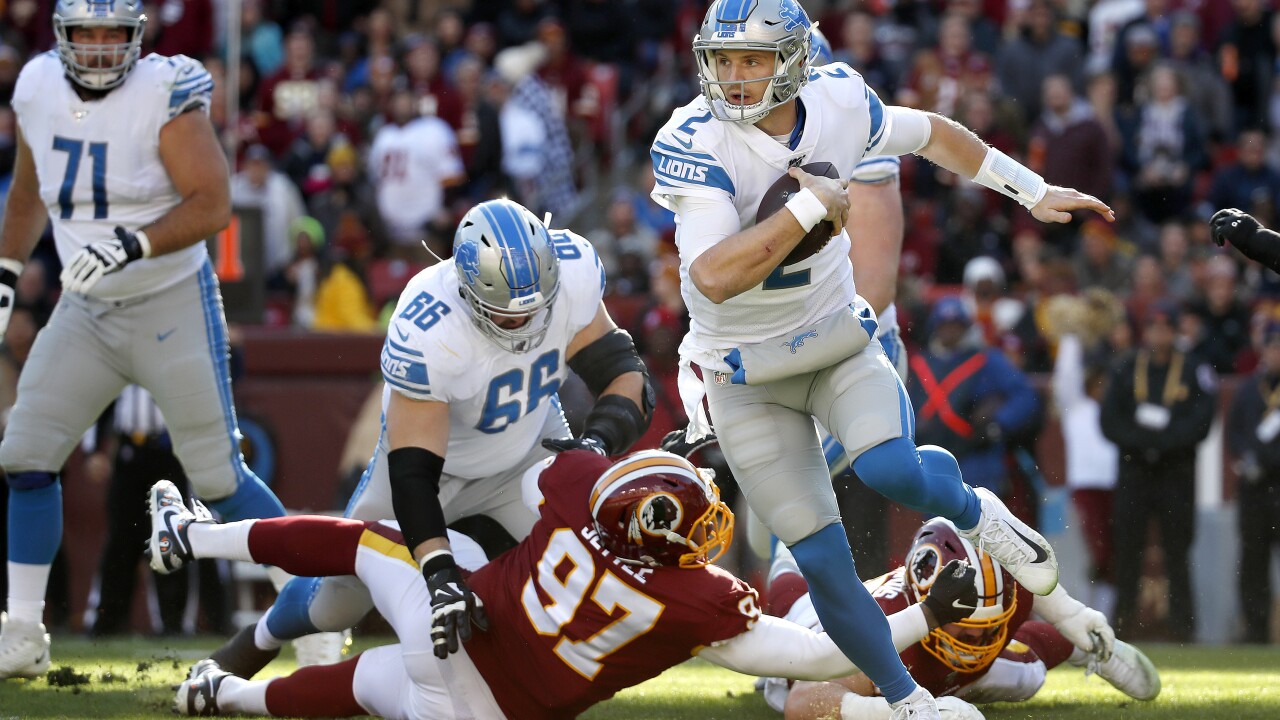 DENVER – The Broncos are in lock step with Drew Lock as their starter.

However, Broncos general manager John Elway sought a different backup, one with a little more experience and athleticism. He settled on Jeff Driskel, agreeing to terms with the 26-year-old Tuesday night, per an NFL source. Driskel’s signing is expected to become official Wednesday afternoon, spelling the end of Joe Flacco’s one-year stay in Denver. The Broncos plan to cut ties with Flacco by week’s end. Flacco failed in his bid to rejuvenate his career with the Broncos, going 2-6 as a starter before herniating a disc in his neck during a loss to the Indianapolis Colts.

If he passes a physical, the Broncos would cut him. If not, they might negotiate an injury settlement. Regardless, the Broncos are moving on.

Driskel has played in 12 NFL games. He is 1-7 as a starter, and has 10 TDs and 6 picks in his career. He is 6-foot-4, 235 pounds, leaving him more similar to starter Drew Lock in size and mobility. Driskel has rushed for 281 yards in his career. He played arguably the best career game of his career in a loss to the Broncos in 2018, completing 25 of 37 passes for 236 yards with one touchdown and one interception.

The Broncos used Brandon Allen and Brett Rypien as reserves to Lock last year. Allen went 1-2 as a starter and Rypien alternated between backup roles and the practice squad.