Was reading the turf is causing leg injuries i dont see how a turf can cause thefe injuries. Isn’t turf supposed to be softer and easier on the body

It’s not. It’s like falling on concrete. Grass has a lot more give when you fall on it.

With the money these teams make, it is absurd they are refusing to switch to grass.

Turf is usually placed on concrete, so regardless of padding placed underneath there is still the concrete on the bottom. The silverdome or the eagles veteran stadium are classic examples of Astro turf being placed on top of a concrete floor. So the landing is rough, the turf has no give, rough on knees/head/shoulders all that. Basically like getting tackled on an outdoor basketball court.

The new turf as far as I know is artificial grass and then a whole bunch of ground up rubber from old/rejected car tires that is supposed to soften the blow. However the same problem still remains, there might be extra cushion with the rubber but not that much and it’s still on a concrete surface.

Natural grass has more give, has dirt underneath so not as hard a surface and also softens with weather, at least in outdoor stadiums. Even when frozen it still has more natural cushion because it’s dirt, not concrete.

That’s as far as I know anyway and correct me if I’m wrong anyone.

I would love for the lions to have natural grass but at the same time they need to install a solid level of natural dirt underneath or else it’s just pointless because it’s the concrete underneath causing injuries along with feet getting stuck in rubber pellets/divots of the new artificial turf.

They aren’t serious about injuries, though they say they are…

But I think the real issue would be indoor stadiums, it’s one thing to put on real grass but then I’m guessing you would have to dig up the whole foundation and replace the concrete with dirt in order to 1) keep the grass alive and 2) have it actually be a grass field. Maintaining the field wouldn’t be an issue I don’t think even indoors, but the cost of replacing a concrete foundation with dirt would probably be pretty darn expensive… not that they don’t have the money…

right! – its in the round-off error compared to the league’s revenue.

There’s an underlayment that separates the turf from the concrete. Not comparable to the silver dome at all (I don’t think).

I think the issue isn’t it being unforgiving or too hard of a surface, I think it’s because it’s a little too grippy to where players are planting and putting too much strain on their ligaments.

I could be completely off base, but I think that’s what we see on turf, non-contact injuries.

Imo a lot of the leg injueies are the grass and ground up rubber grabs different on cleats and maybe doesnt relrase as naturally when the shoes grab where ground might tear away differently.

I think that has to be some of it too, the rubber pellets just don’t act “naturally” as regular grass would.

Change the field. I can’t see the downside.

The worst team is valued at 3 billions dollars. Last year with tickets, merch and TV the 32 teams split 8.7 billion. I wouldn’t even speculate on the worth of the NFL in general as an organization separate from the teams.

I’ve read some of the most expensive grass football fields (not counting maintenance) range upwards of 2.2 mil on the high end.

NFL needs to just mandate grass fields and “generously” (in the public eyes) split the cost with every team.

It truly is a drop in the bucket for all involved and at the same time every one sits on their hands the statistics continue to roll in. Injuries are going to happen but this is getting ridiculous around the league.

I guess they will put the grass field over by the casino and UBER it over to the stadium on gamedays?

Indoors it should be a no brainer. Natural grass/dirt will never freeze indoors.
At this point, I think the better sales pitch for field turf would be for outdoor stadiums in the north. 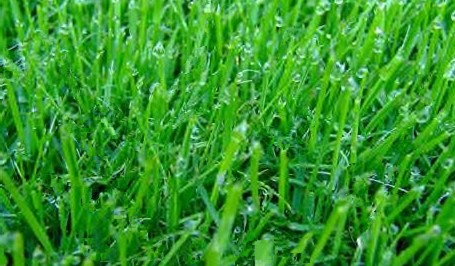 Photosynthesis - It Will Change Your View Of Lawn Care

Understanding the basics of photosynthesis will greatly refine your knowledge of lawn care. You will never look at your lawn the same way.

The question is, if it’s so dangerous, why did the NFLPA approve the turf?

Also, the NFL and NFLPA inspect the fields each week, if it’s so dangerous, why wasn’t it brought to the attention earlier.

If the turf is so dangerous, how much culpability do you assign to the NFLPA leaders that negotiated the CBA just two years ago and didn’t find it necessary to address the turf in Ford Field and other stadiums?

Ford Field got new turf in 2019, was the turf not considered dangerous in 2019? Why wasn’t something done about it then?

Very good question. They can’t be thinking too hard.
Maybe:
this generation grew up on turf and they don’t like change?
this generation hates changing cleats when things get muddy?
this generation likes the faster GPS speed stats on turf?
I don’t know, but the stats are pretty clear, esp for non-contact injuries.

I agree about turf being awful, but I also think(and I have no evidence to back this up) the 2011 CBA seems to have increased injuries/duration of time missed…or at least it feels like it. Everyone is an Allen Iverson these days 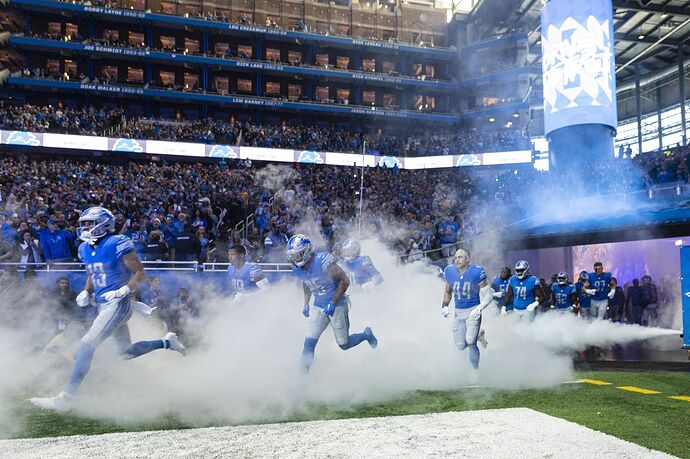 The Lions use slit film turf, which the players' union says is less safe than grass and other forms of synthetic turf.

Get rid of that shit. I’m all about keeping our guys on the field.