Oopsie. Nothing to see here.

Now that I’ve deleted all the evidence.

Must protect this Shield. 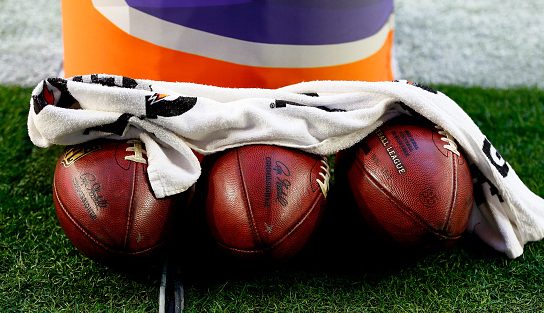 The past week has been a rocky ride for the NFL. The past 20 years have featured plenty of bumps, too. One of the biggest came in 2015, which began with the allegation that the Patriots had used deflated footballs during the first half of the AFC...

I had to post this one. It’s just stupid by the league.

Admit you were wrong and move on.

A 5 yr old could prove this with a ballon and a freezer. Anyone with a pseudo open mind knew it was BS.

I always believed they got screwed too.

The NFL knew they were wrong but they wanted to slow the juggernaut the Patriots had become for the good of the NFL. Fans were tired of seeing them in the Super Bowl every year.

I kinda expected Brady to go after the NFL after he retired to help clear his name on this one. Mainly for HofF implications.

So the NFL has now cleared the data that proved Brady didn’t cheat? …… yeah I don’t think that puts the NFL in good light.

If I were Brady I’d ask for a written apology or I’d sue claiming the allegations cost me millions in endorsements.