Gruden nixed a deal for Brady to go to Raiders 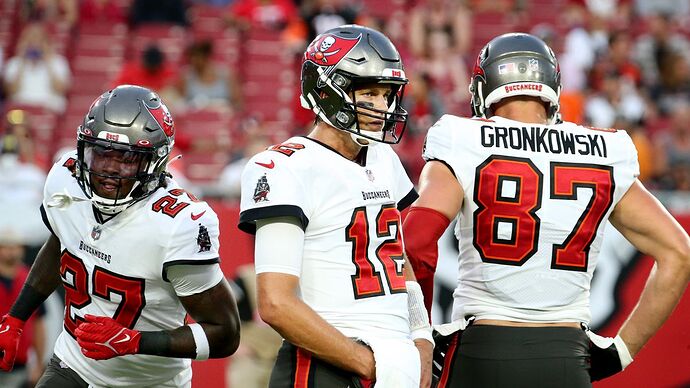 UFC boss Dana White mentioned the deal, which would have predated the pair’s arrival in Tampa Bay, Saturday night during “UFC 278 with The Gronks.”

Told by Dana White and confirmed by Gronkowski

As Paul Harvey used to say . . . and now you know the rest of the story.

Wow. No wonder he got fired.

Slightly related I guess, but this made me think back to when Bob Quinn tried to trade for Gronk but he threatened to retire. There is a bit of revisionist history in terms of Bob Quinn IMO. Yes, his drafts never were that bad aside some pretty terrible 2nd round choices. But if that trade had went through we would not have Frank Ragnow and Gronk would have been out of control as a Lion,.

That is an interesting story… and I don’t follow the Raiders that closely, but can you blame Gruden? Depending where the team was at, they went to an already really good TB team, we’re the Raiders on the same level?

They don’t mention what they had to give up for them… if it was multiple firsts, players, etc? For two guys who are great players no question, but they talk about retiring every year, or retire and then come back every year?

I dunno. Made sense for Tampa (obviously they got their SB) but would the results had been the same if they went to the Raiders?

The slow time in 2021 got an unexpected boost when Tom Brady appeared on The Shop and dropped this juicy little nugget regarding his first-ever foray into free agency, the prior year.

“One of the teams, they weren’t interested at the very end,” Brady said. “I was thinking, you’re sticking with that motherf–ker?”

The immediate favorite for the role of unnamed “motherf–ker” became 49ers quarterback Jimmy Garoppolo. But the reaction over the first 24 hoursfrom folks in league circles centered on Raiders quarterback Derek Carr as the true “motherf–ker.” Dana White’s comments from the first-ever UFC “GronkCast,” claiming that Brady to the Raiders was almost a done deal before coach Jon Gruden blew it up, are prompting many to conclude it was indeed Carr.

Brady had this to say last season.

but can you blame Gruden?

Yes - that’s Gruden’s ego getting in the way.

They don’t mention what they had to give up for them… if it was multiple firsts, players, etc?

Nothing both were FA’s and they would have traded Carr giving them more ammo for the draft. There were a lot of Rumors back then that the Raiders were seeking two firsts for Carr.

Nothing both were FA’s

I think Gronk was under Patriots control as Tampa had to trade for him. 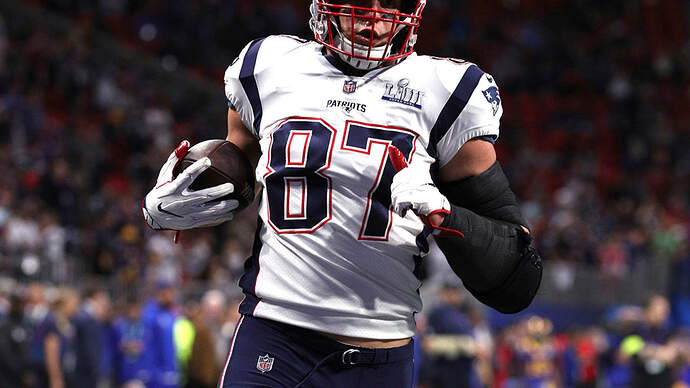 Rob Gronkowski is coming out of retirement to again play in the NFL, but he'll be doing so in Tampa. The Patriots are trading Gronkowski and a seventh-round pick to the Buccaneers in exchange for a fourth-round pick.

Unless I have my years wrong…

I still think Brady was talking about the 49ers. That was his dream since childhood to play for them. They were also ready built to make a super bowl run. The raiders weren’t. Not only that but getting turned down for his former backup quarterback had to piss him off.

Slightly related I guess, but this made me think back to when Bob Quinn tried to trade for Gronk but he threatened to retire. There is a bit of revisionist history in terms of Bob Quinn IMO. Yes, his drafts never were that bad aside some pretty terrible 2nd round choices. But if that trade had went through we would not have Frank Ragnow and Gronk would have been out of control as a Lion,.

When Brady became a UFA, I remember thinking, we have that Patriots connections (Quinn/Patricia), Trade Stafford, Sign Brady, draft Tua/Herbert. Get Brady to recruit. At the time, I didn’t know how many incompetent UFA’s that Quinn had signed . . . so it wouldn’t have worked anyways and maybe Brady knew that.

The best move that never happened!!!

So the Dolphins got busted for tampering, the Raiders almost got him, then he retired, then he got Arians fired, who he won a super bowl with already, then he came out of retirement.

What did I miss!?

How can we be so sure that Tom Brady wasn’t going to be a NY Jet?

What kind of role or influence does Dana White have in this ?

I’m not suggesting he didn’t , in fact , I wonder how much side deals , etc help …

Was Dana providing the idea ? The introductions ?
The selling of Raiders and Vegas to Brady as the place to be ? Was he talking money ? Off field opportunity ?

Ahhh I forgot that!

I like Carr from what I’ve seen of him though, and he just got Adams, maybe it worked out for them long run?

At least he had a reason too. My lady’s mom looks like Jack Palance. 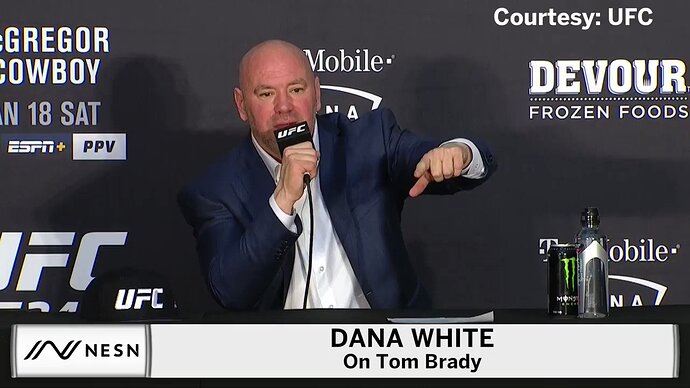 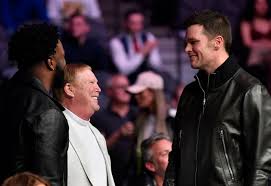 The real shocker was when Belichick bet against Brady. A lot of people have been made to look bad by Tom.

Ok so who the heck is Dana white? I mean I know who he is but why is he even in this conversation or issue?

I mean how does a guy not at all connected to the nfl dictate contracts and negotiations for two of the biggest players in the league?

I dunno, to me it’s questionable… and I’m really sick of Tom Brady and gronk. Retire already.

This is all some real housewives garbage

Ok so who the heck is Dana white? I mean I know who he is but why is he even in this conversation or issue?

President of the UFC, a big shot in Vegas, and apparently friends with Brady. I heard Gronk asked him about it.

FWIW, this was from last summer.

“Let me make my last pitch,” White said. “Las Vegas would love to have you here with the Raiders. The stadium, the facility is incredible. The training facility they have outside of Vegas in unbelievable. It’s a 45-minute flight from LA. Your kids and your family could live there. You could fly back and forth."

“We want you to come to the Raiders. I’ve been pitching you now for a month. Come on brother, get to Vegas." 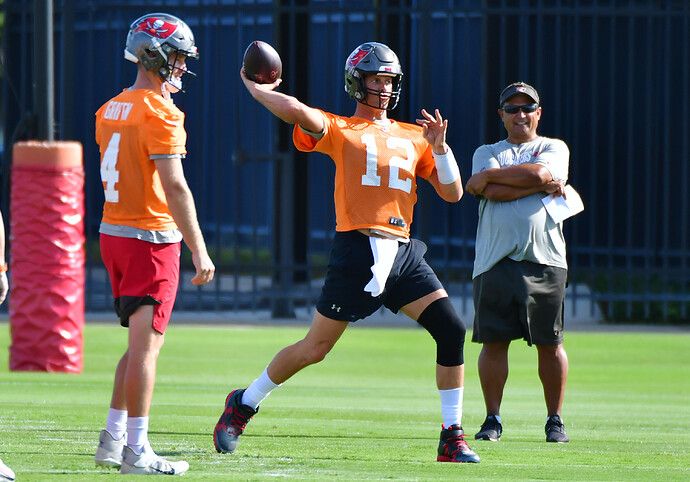 Dana White Says Don't Be Fooled by Tom Brady: 'That Dude Is a Killer'

See but this is exactly it… there’s so much undercover stuff going on all the time… Tom Brady is NFL Jesus and he’s been involved in scandals, other teams getting called out for trying to sign him/make him an owner…

This all stinks to me. He has been a great QB but this guy is as filthy as a hog who just got done rolling in the mud.