Here ya go…took me long enough, but I think I fixed it…

Considering I can’t click on anything, you’re right. I can’t believe it, because I can’t see it! Get your shit together @BigNatty

For me, all I think of is what this cost, and the mouths that could have been fed instead…. Cool but not cool imho

For me, all I think of is what this cost, and the mouths that could have been fed instead…. Cool but not cool imho

Is this just my PC then? You can click on this and read it or see it or whatever? All I have is a picture and nothing else.

No - I googled it as I was curious 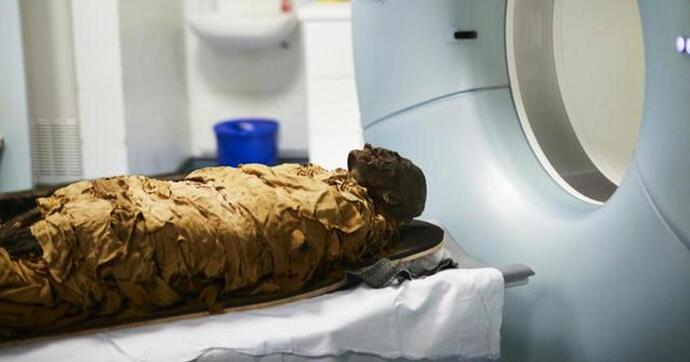 Researchers recreate what mummy's voice would have sounded like

An ancient Egyptian buried with the wish to speak again after death had it granted in an unexpected way when researchers in England recreated the voice of a mummified priest by recreating his vocal cords with a 3-D printer.

re-click the original link, plz…
I was laughing my ass off

I was so ready for some super-serious science stuff

So, they decided to have the mummy make the exact same sound I did after assessing the potential of this project?

have you listened to the original one I posted, brother?
Hilarious!
This is the problem with my original link not working the first time. It works now. SAQQARA, Egypt (AP) — Egypt on Thursday unveiled dozens of new archaeological discoveries, including two ancient tombs, at a Pharaonic necropolis just outside of the capital Cairo. The artefacts, unearthed during a year-long excavation, were found...

Ive been there at Saqqara.

So. Shitting. HOT…and that was November.

Ive been there at Saqqara.

So. Shitting. HOT…and that was November.

I Remember you going & getting back right before it became dangerous. Nice timing, on that one, bro. I was happy for you that you got to have that experience.