I love this stat for one specific reason. When all of the people with short term memories ask “Why did we fire Jim Caldwell???” THIS was why. Whenever you had a game you HAD to win, Caldwell lost it. Whether it was a game to win the division, a game to clinch a playoff spot, a game in the playoffs, etc, they lost. Not only did they lose, they lost in ways that showed how unprepared the team truly was.

I think the quote we saw about the Lions vs the Giants game, where they said that the Lions walked into that game looking for a bar fight and didn’t find one, answers why we are 3-0 against winning teams. They walk in to the game thinking they are playing a bad team, and get punched in the mouth. We will see what happens today, but this does show the team puts up a fight against good teams.

I love this stat for one specific reason. When all of the people with short term memories ask “Why did we fire Jim Caldwell???” THIS was why.

That is definitely why Caldwell was let go. Schwartz was more about the breathaking implosion his final year. Going 4-12 with an 11-5 roster will do that.

The announcers on Fox Sports actually defended MCDC for being unfairly labeled a meathead by people who do not know him. They said he is incredibly smart and has a great football pedigree to go with it.

If he was a fat potato would we still call him a meathead? We never called Patricia a meathead and he was clearly a narcistic idiot.

From what I remember on Schwartz, he developed quite the ego after the 10-6 season, and began treating people poorly around Allen Park. The Lions hoped the 4-12 season would humble him. Then the Lions went 7-9 in 2013 after that monster draft, and that was it. The Lions also had pitiful records in November and December with Schwartz. He lost out after a 4-4 start in 2012, then the team collapsed after the Monday Night football game where Tucker kicked his first 60 yarder against us.

Well, it was the 4-23 record against teams with winning records. 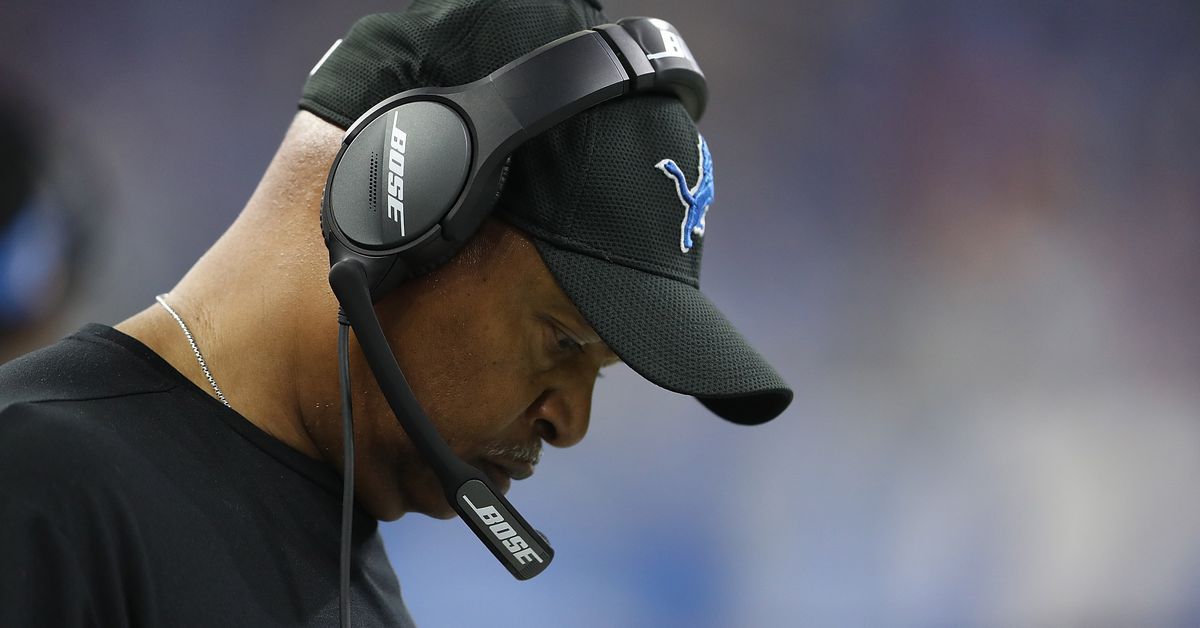 I’m sure he appreciates it, but it’s misguided.

Yeah. His personality did seem to change further into his tegime. Also, some guys are builders and not skilled maintainers. I suspect that’s Jim.

He is such a lovable and impressive human being though. That’s what made that change hard for me.

True, I liked Jim Caldwell and thought he was a good coach who treated men like men.

But, he wasn’t a great tactician or game day coach. Caldwell truly benefited from the talent he had, particularly Matthew Stafford’s amazing ability to come from behind and Matt Prater’s wonderfully accurate leg from long distance.

I don’t know about this thread, what’s better - winning the games you are supposed to lose or losing the games you are supposed to win. Winning against good teams is meaningless if you can’t consistently beat the losing teams. Caldwell was reliable against bad teams, and I think there is some selective memory because most games against good teams were close, he was just too conservative to take risks against those teams. On the other hand DC takes risks against bad teams. I think the proof will be in the thanksgiving pudding. Win all the time, then we’ll know your measure. Otherwise this stat is pretty anecdotal.

That’s because teams 5+ wins over .500 are usually very good teams with a lot of talent. Outside a couple years most of our teams, even decent ones, were usually smoke and mirrors. We never really had a loaded roster too to bottom. Even the 16 team, if you took Stafford Calvin and suh off that roster they probably don’t make the playoffs.

I was ok with, and understood why they let him go. But Caldwell won. More then any coach in any recent history. I enjoyed winning. Hopefully we start that again.

If he was a fat potato would we still call him a meathead? We never called Patricia a meathead and he was clearly a narcistic idiot.

Still better than the rest

Isnt it still technically 3-0 as they were only 4 games over 500 at kick off?

Still better than the rest

Wait’ll we start stackin’em in the playoffs!

Coming soon to a stadium near you!

Isnt it still technically 3-0 as they were only 4 games over 500 at kick off?

Now that you mention it.,.yes

Its an odd stat regardless kinda one of those what can you make stats show… typically teams going into a game 5 games over 500 are good so beating them is difficult, especially for a perennial doormat like us… with that said does anyone feel that the giants or cardinals from last year are better than the bills? No didnt think so, yet they counted towards this stat and the bills didn’t