The Detroit Lions’ nose tackle has been a secret key to the Lions’ run defense success, and Isaiah Buggs is loving his time spent in Detroit. 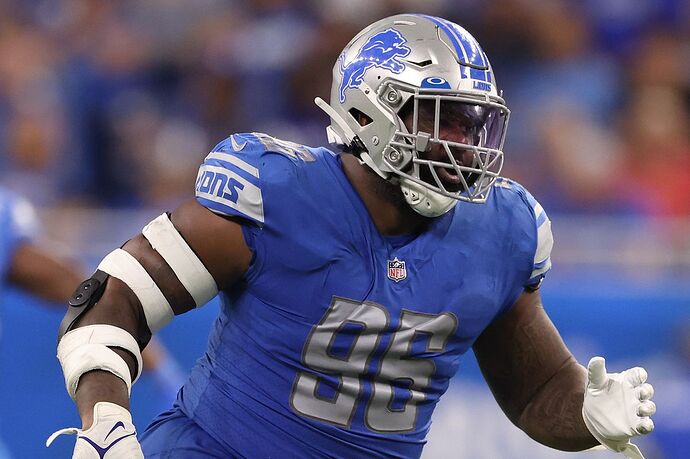 Detroit Lions defensive tackle Isaiah Buggs was a late addition to the team this offseason. Signed right before training camp got off the ground, his addition didn’t really move the needle much.

But after Detroit got pummeled in the run game in their preseason opener against the Atlanta Falcons, the Lions decided they needed a new strategy for their defensive front. In a word, they wanted “girth.”

From then on, Buggs has been given an opportunity to be in the starting lineup as the team’s primary nose tackle—moving 2021 second-round pick Alim McNeill to more three-tech looks in the process where the team can tap into his rare blend of speed and power. That adjustment paid dividends in the preseason, as the Lions held the Colts and Steelers to a collective 87 rushing yards on 38 carries—or just 2.3 yards per carry.

And while the Lions run defense took a step back in Week 1 of the regular season, Detroit effectively bottled up the Commanders last week, holding starting running back Antonio Gibson to 28 rushing yards on 14 carries.

“I think that’s a credit to those two big ol’ guys inside,” Wash said. “It’s nice seeing 320 and 300, but we’ll keep Mac at a slim 350. It’s just really good to see those guys eat up gaps. They line up in two and play two other ones. Both of them got game balls this last week. How they’re playing inside is going to be key, once again, for us this week.”

In fact, both played so well that they each received game balls this week from the team.

For Buggs, it’s a quick rise to fame, and he’s been enjoying every minute of it. On Tuesday, he tweeted out, “I love Detroit Definitely Want To Be Here Long Term.” Wednesday, I asked him to describe his journey and what has made this team so special to him.

“These coaches, and the fans and the guys in the locker room overall,” Buggs said. “It’s just a great place and definitely an atmosphere that I like to be around.”

But what has really endeared Buggs to the Lions organization is the team family environment. There are no selfish people in the locker room, and even though Buggs earned the game ball, he was quick to credit the rest of the team.

“That’s not about me, man,” Buggs said. “That’s about this team and everybody doing their job collectively. Like I said, no selfish person. There’s no I in team, and it’s a ‘we’ effort and a team effort and we all did our job to do what we’re supposed to do to come out with a win.”

For Wash, it’s that mentality—combined with his physical traits—that have made him such a valuable piece of the defense already.

“Buggs is in a really, really good place right now mentally, and obviously physically, he’s playing well,” Wash said. “That’s the biggest thing. When Buggs is on point, he’s as good as there is in the league, and we’re very fortunate that that’s where he’s at right now and we continue to see him there. So we’re really, really excited with how he’s playing. He does a lot of good things inside.”

Agreed. My untrained eye didn’t see that (yet, anyway).
Does this mean I’m not getting my penetrating DT?

Skipper → Developed and looks to be a solid part of the rotation now
Buggs → Stepping up
Jacobs → Did the same last year.
Rodrigo → better than expected

We have others too. This coaching staff is amazing.
Brad holmes is amazing too.

The energy in this locker room…wow!
We’re gonna be the only team int he league that can get in a fist fight with Buffalo.
I’m not saying we beat them…yet! Our energy can match theirs though our talent is not quite ready for that…our warriors are.

Our coaches have created this culture of MASSIVE faith…it’s almost like a street gang, where you are looking out for your brothers in a fight.

I’ve been wanting this for the Detroit Lions for a looong time.

I’m not getting my penetrating DT?

My 12 year old self is giggling.

Agreed Natty. Typically you will get the response from players, especially those coming up on contract, “well we’ll see what happens”. Now we have guys saying, “I want to be here”. We have Lamar Jackson, putting Detroit, the Detroit Lions for gods sake, on his wish list of teams to be traded too. I think we need an intro from Rod Serling:

“Imagine if you will, there’s a time when the Detroit Lions don’t suck…”

It’s the difference between us fans and the people who actually coach and know the game plan. We’ve all been talking about the rookies on defense and the game ball goes to the big guys in the middle. Pretty sure I didn’t see any comments about how great a game Buggs/Mcniel played. Love having a dominant DL makes the whole defense better.

It’s the difference between us fans and the people who actually coach and know the game plan.

That & watching the actual film. As a fan for the most part I’m going to enjoy watching the ball if I’m not getting paid to actually watch the film

Interesting note about Buggs… not only did he play at Alabama but prior to that he was the nukber 1 JUCO recruit in the nation. Before heading off to JUCO he was a 220lb. Weak defensive end so if you think he moves like a smaller man that may be why. I think both he and Cominskey show a real eye for grabbing talent from the scrap heap.

Interesting note about Buggs… not only did he play at Alabama but prior to that he was the nukber 1 JUCO recruit in the nation. Before heading off to JUCO he was a 220lb. Weak defensive end so if you think he moves like a smaller man that may be why. I think both he and Cominskey show a real eye for grabbing talent from the scrap heap.

Hope Drew Forbes or wily Kayode can work out too.

Add in the low round draft picks and UDFAs that are promising so far… and this just uncharted territory for the Lions. 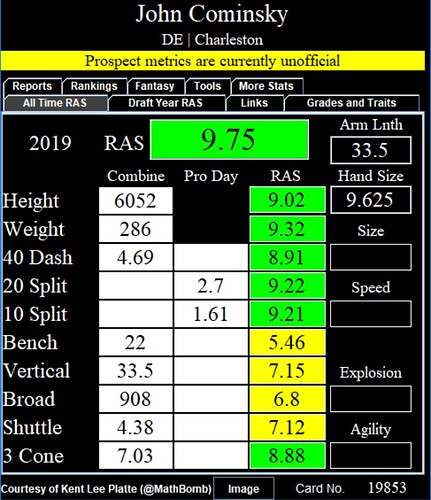 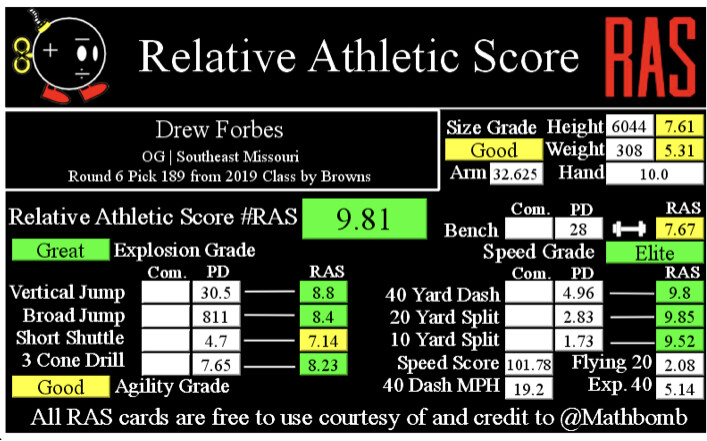 One other thing of note is that I think we may be seeing that the staff places a priority on OGs (perhaps blockers in general) being able to pick off second level defenders. Kayode played for Lance Leipold who prioritizes that in his run schemes. Forbes movement skills are elite and Stenberg is probably going to be tough to displace despite his pass blocking deficiencies bc he’s so surprisingly proficient blocking in space (and a people mover to boot).

If Stenberg could just be coached up to average against the pass he can be our Wyatt Teller. He’s that good in the run game IMO. That being said he’s a LONG ways away from being average in pass pro.

The former High school running back Alim has been eating…350! He still moves pretty well for 350. Put him in at RB on the goal line already.

When Buggs is on point, he’s as good as there is in the league

Add in the low round draft picks and UDFAs that are promising so far… and this just uncharted territory for the Lions.

Speaking of UDFA’s, Jacobs will be back after the bye! I thought he was solid last year at corner. He will be a big help to the secondary.

Since 16 teams put claims in for Cominskey, I think it was more like grabbing him at the vintage store than off the scrap heap.

Since 16 teams put claims in for Cominskey

Wow, didn’t know that. He’s looked solid. Why would the rebuilding Falcons give up on him, he wasn’t making any big money. Weird.

Why would the rebuilding Falcons give up on him, he wasn’t making any big money.