Just so You Know

They may but don’t have to the 4 they signed UDFA i think makes in many talking heads think we are at 90 . We are not…

Lions may or may not sign before rookie camp next week if they do then we will need to make room.

Teams I think can take out insurance to protect there draft picks.

I could be wrong but I don’t think we need to cut anyone until they sign draft picks then we will need the room. I am sure someone around will correct me if I am wrong

Start of draft i think we were at 78 an they are adding the 8 draft picks .
For every ones info the draft picks do not count on the roster until they sign.
You add the 4 UDFA they have signer at least ones we know of brings us to 82.

The Lions site and OTC both show 87 players under contract (and drafted).
It is assumed 4 UDFA players will make the roster based on the bonuses they were offered.
We have additional 10 or so UDFA players invited to tryouts.

There will likely be at least 1 “cut” in the next week or so as they make room for the 4 UDFAs.
There are a ridiculous 8 TE’s signed or drafted PLUS 2 TE’s that were invited to tryout. (one of which, Deese, is expected to be retained based on the guarantee he was given.) 10 stinking TE’s, you can bet the 1 cut necessary to sign their prize UDFA players will from that group.

This is why I leave this kinda stuff to a select few on here, particularly Dead Stroke. I’m way too numbers challenged to keep up with it all. 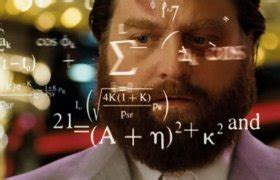 The point is not the numbers is the fact the draft picks don’t count on the 90 until signed. They have got no money yet …Just they are Lion draft picks…now if we have 81 or 82 based on big money UDFA signed i just know those who got more than bonus money count. Thats why the team can bring in more than 90 the picks don’t count unless signed

Coyote- lol …. Read your words again and you will see it

You started out with the 78.

That’s 86 and then you wrote adding t he UDFA…. I think it’s funny as I knew what you meant but I see what you wrote!

For every ones info the draft picks do not count on the roster until they sign.

Draft picks count against the 90 man roster when drafted. I know this.