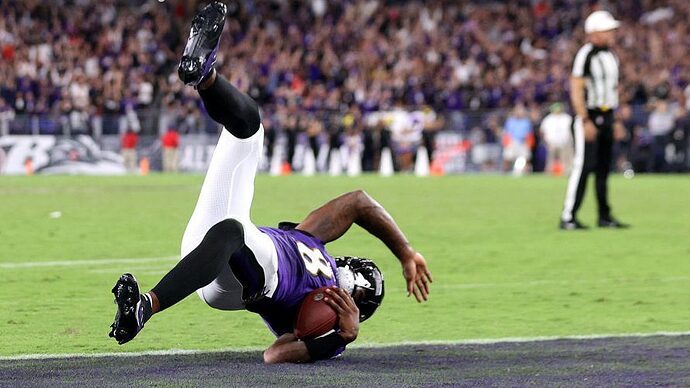 Ravens quarterback Lamar Jackson didn’t appear on Wednesday’s injury report. He quite possibly will appear on Thursday’s. Via Jonas Shaffer of the Baltimore Sun, Jackson missed practice on Thursday. On Wednesday, he said his hip was sore from landing...

Maybe he’s being traded too.

I’d take Jackson for Goff and Collins straight up

He should probably quarantine in his basement for 2 weeks, don’t want to spread that bug.

Maybe he’s being traded too.

They are going to trade Jackson for Collins. They want Collins to get intel on our scheme! Oh those tricky Ravens!

On ESPN it just scrolled Lamar Jackson’s status and it said “illness.” Is that how they are officially listing him?

I read on yahoo fantasy football’s website that it was a stomach bug.

Looks like we’ll be facing the Ravens with Jackson on Sunday.

A stomach bug definitely sounds like he needs to quarantine until Monday.

Part of me thinks its the hip but since they didn’t list it on Wednesday they would get in trouble with the league.