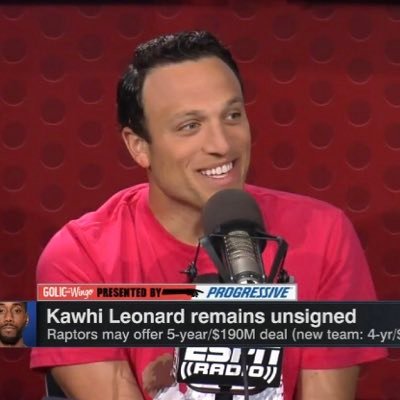 Ends up with a contender. Or we over pay .

“Even though we might not sign any of these guys, it’s good that we’re being linked to all of these top guys. We’re actually trying for once.”

Yeah, being connected to an over-the-hill LB that has played past 2 contracts already is not something I want to be associated with.

Yeah i agree. It would be nice to get a few big FA.

Yeah, being connected to an over-the-hill LB that has played past 2 contracts already is not something I want to be associated with.

Gezz I think it’s alot better then the under-the-hill guys we have been playing with. Not every player hs to be 25. Alittle veteran influence can help a lot also.

Dude’s older than half our coaches.

Dude’s older than half our coaches

So is Tom Brady

I kind of expect every big name free agent to go to the Rams nowadays.

Dude’s older than half our coaches.

He’s 31. He aint coming to Detroit after playing in 2 super bowls with the Hawks. He will be joining a team with a shot at a super bowl.

So, you guys that want him, what kind of money are you willing to pay?

2 years 20mil, with a voidable year to spread the cap hit a little. The guy has literally been among the top 2-3 LB’ers for the majority of his career. He was released because of almost a 17mil cap savings and the Seahawks deciding to start the rebuild process. He was still among the best players at his position. Getting a guy like him makes every player on this defense better and is great to have around these young players. Hes also been extremely durable throughout his career.

Odds are he isn’t going to want to come here though, but I have no problem with our intended interest. If Campbell can get him to sit down with him he may be able to talk him into it though.

Would you rather pay 5-6mil for a mediocre starter or 10mil for someone who is borderline elite.

Is Tampa Bay burning it down? Is White available?

With the impending release of Flowers, I could see us being interested in Wagner for Vet leadership . . . I just don’t think he’ll be interested in the Lions. I expect him to play on a contender this year.

I’m almost never interested in bringing in FAs in this type of situation. Bobby Wagner will be 32 when the season starts, and he’s got a ton of miles on those tires. Between that and coming to a new franchise and a new scheme - I expect a noticeable drop off in production/play. With that said… in this ONE particular situation, I’m totally ok with the Lions overpaying for a 32 year old FA on a short term contract. Bottom line is the defense is young and doesn’t have many veteran leaders. I know Anzalone wasn’t exactly a top shelf player, but having that green dot player was good for us week in and week out. Trey Flowers and Michael Brockers also brough that veteran leadership. With Anzalone and Flowers both out… I can see the cultural value of an impressionable defense being lead by example with Bobby Wagner. In fact there’s not many players in the NFL I’d rather the young guys be lead by in all honestly. I think he ends up with a contender though obviously. Either that or the Lions drastically overpay

Same. If we were ready to complete for a super bowl this year and only needed linebackers I’d say yes. By the time this roster is ready he’s going to be on his last legs in the nfl. I say pass and keep with the youth movement plan. Signing names like this is what always keeps the lions mediocre.

I’m not a fan of signing Bobby Wagner since he probably killed Natalie Wood.

2 years 20mil, with a voidable year to spread the cap hit a little….

Would you rather pay 5-6mil for a mediocre starter or 10mil for someone who is borderline elite.

You know, I see how you floated that one out there. It reminds me of an old joke.

The Ravens would be a great fit for him.