The Lions have emerged as this season’s Cinderella story after winning five of their last six games. The victory against the Jets last week was one Detroit would have coughed up in the past. Carolina is 4-3 at home and still in the NFC South race despite a 5-9 record. Detroit is 5-0 when it allows less than 100 yards rushing, and that’s happened the last three weeks. 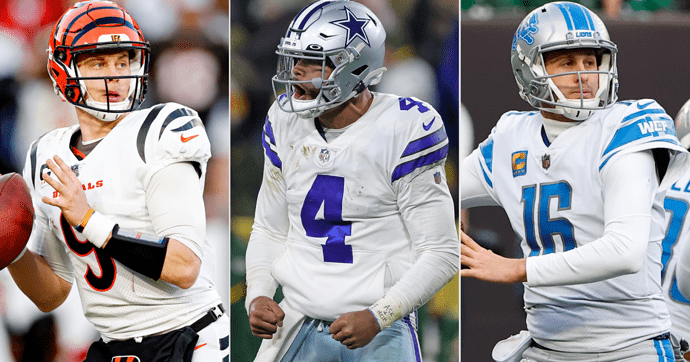 In our picks and predictions for Week 16 of the 2022 NFL season, the Cowboys deal a rare blow to the division rival Eagles, Joe Burrow and the Bengals keep rolling and the Lions and Jaguars get one step closer to completing their improbable...