Lions are young and talented on offense

Goff could certainly be added to that list as well. Even key depth like Reynolds and Cephus are young.

Does our offense have a single guy over 30? Thinking about it, do we have anyone on this current roster, besides Brockers, over 30?

Would be nice if we had a QB that could get them the ball.

Not saying Goff isn’t good enough to win 6-7 games with this offense… just enough to be out of the CJ Stroud/Bryce Young range.

You know, when I copied and pasted that, I didn’t notice that Goff was missing.

The Lions are building a great young core of talented players. The key is developing all these guys now.

Just wait until we build the defense in next years draft. The lions are going to be a problem for teams this year. They’re going to be a nightmare for teams next year. Especially if we upgrade at quarterback. Can we trade and get Stafford back? The rams got their Lombardi trophy. It’s the least they can do.

Just wait until we build the defense in next years draft.

Franchise QB and the rest of the D next year

Idk man. I still wouldn’t be shocked if they take Howell or correl at 46 if they’re there. We’ve all read that they love Howell.

Just wait until we build the defense in next years draft.

Well we got Hutch already and I’m expecting more defensive help tonight in rounds 2 and 3. We might not need to wait until next years draft.

Okudah will be a real wildcard on defense. Number 3 pick in the draft himself and has barely played.

I’ll be very interested to see where the lions put him. I still think his best long term value is at safety.

I’ll be very interested to see where the lions put him. I still think his best long term value is at safety.

Okudah, Walker and Deshon Elliot would be a decent safety group. We shall see if they draft a safety tonight or not. That will give us a good indication of if Okudah is staying at corner or not.

I wouldn’t either, but have to hope there’s going to be a starting safety in there somewhere because Elliott’s got an injury history and Walker can’t do it all by himself. 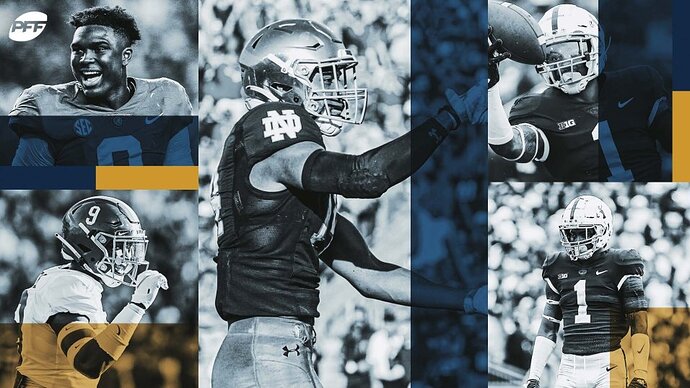 PFF's top safeties on the Big Board for the 2022 NFL Draft include Notre Dame superstar Kyle Hamilton.

No he can’t but we also have to remember that Holmes cut his teeth with the rams. Who happen to be brilliant at finding quality starters for the secondary in the lower rounds. Taking a quarterback at 46 makes sense if you’re confident in your ability to identify talent in the 6th and 7th round. All the evidence points to the fact they absolutely can find starters that low. Just look at the gems they signed off the streets last year.

One of SI’s draft winners was Jared Goff:

While I don’t quite understand it from an organizational standpoint, Campbell and Goff have been given the green light from general manager Brad Holmes. The former Rams executive is bringing the team’s targeted, all-in approach to Detroit and is refusing to duck and cover until Aaron Rodgers exits the division. Thursday was an incredible vote of confidence in Campbell, who some in the coaching carousel community didn’t feel was long for the NFL. It was an incredible vote of confidence in Goff, trading up 20 spots to nab tumbling Alabama star receiver Jameson Williams despite a slate of other pressing needs. The result is an intriguing team on paper that boasts one of the best offensive lines in football and, perhaps, with the addition of Aidan Hutchinson, a far more representative defensive line. 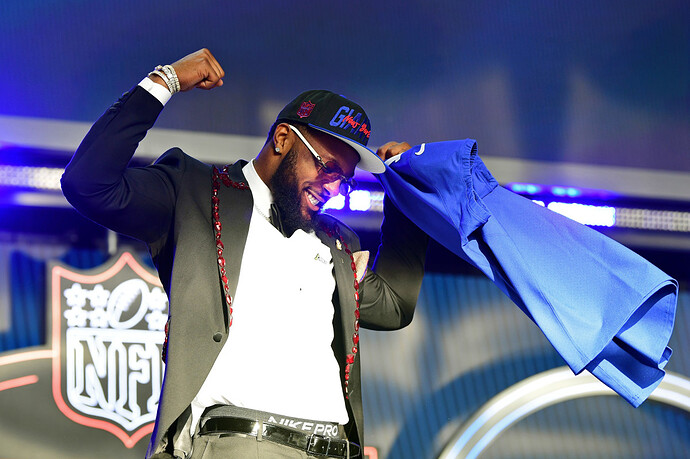 Thursday night brought good news for the Packers, Jared Goff, New York tabloids and Elon Musk. But as for the Cards, Commanders and hand-size advocates…