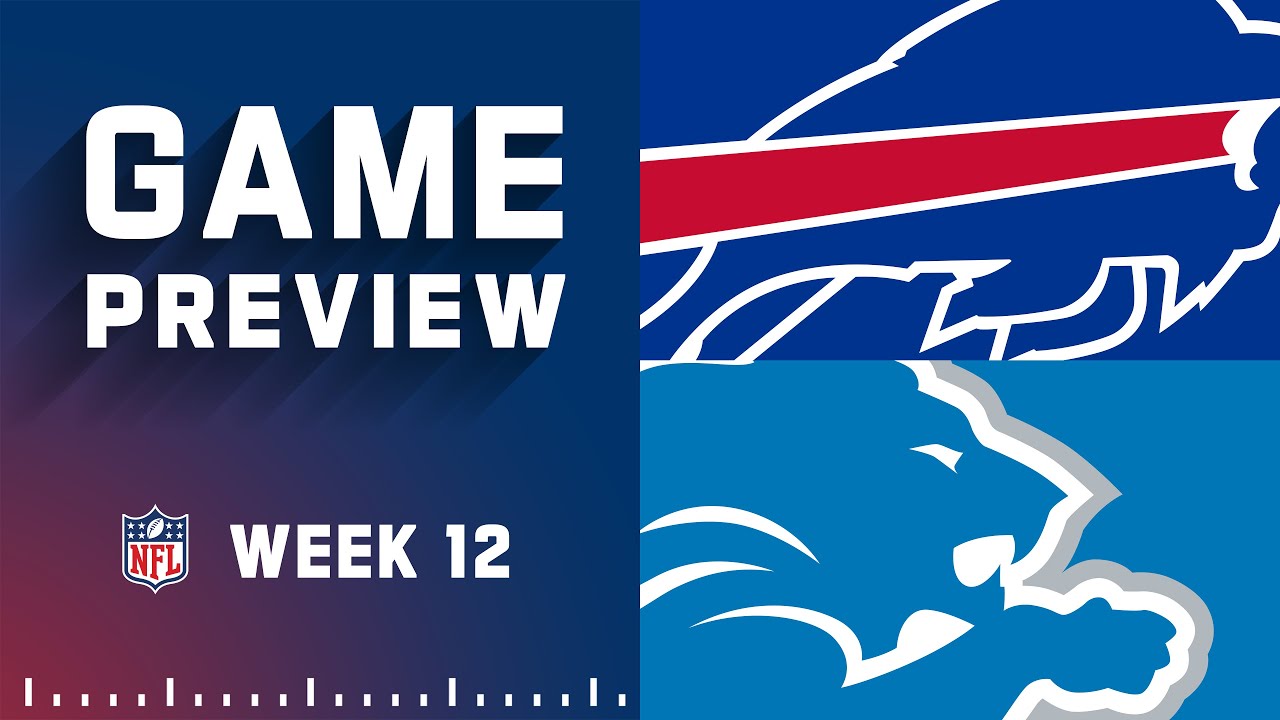 I typically enjoy watching these just to get a general overview of the matchup and to see their predictions. Game preview guy is the only one picking the Lions, 24-23.

Lions CB Jerry Jacobs vs. Bills WR Gabe Davis: Jeff Okudah is out with a brain injury, so the Lions will try and stop Buffalo’s high-powered passing attack with Jacobs, Mike Hughes and Will Harris at cornerback. That’s less than ideal. Josh Allen is one of the best quarterbacks in the NFL and Stefon Diggs is second in the league with 76 catches. My guess is the Lions will give Diggs the Justin Jefferson treatment and roll help his way most of the game. That could open opportunities for Davis, Buffalo’s No. 2 receiver. Davis has only 29 catches this season, but he’s one of the league’s premier deep threats at 21.1 yards per receptions. Jacobs is four games into his return from a torn ACL, so he still has rust to shake off. The Giants challenged him with crossing routes last week. Don’t be surprised if the Bills go at him, too.

Bills OLB Von Miller vs. Lions RT Penei Sewell: Miller has been one of the NFL’s best pass rushers for more than a decade, so long that Lions left tackle Taylor Decker said every offensive line coach he has played for has had a “Von Miller Rule” that requires the line to shift protection towards an opponent’s top pass rusher in key situations. Miller, a future Hall of Famer, rushes primarily from the left side of the defense, which should pit him against Sewell, the Lions’ precocious right tackle. The Bills rely heavily on their four-man rush to get pressure on opposing quarterbacks, and Miller has delivered with a team-high eight sacks. Sewell has played some of his best football against the best pass rushers he has faced. He’ll need to keep Miller at bay or it will be a long day for Jared Goff.

There’s a lot more behind the paywall, but I thought those were the two matchups which really haven’t been talked about much, if at all, on here.

Sewell will eat his lunch and learn in the process.

Most of those who picks in that last screenshot, it was quite close… I have a feeling that those who picked the Bills to win are wary of the surging Lions, because it’s defense and running the ball

Most of those who picks in that last screenshot, it was quite close… I have a feeling that those who picked the Bills to win are wary of the surging Lions, because it’s defense and running the ball

Hence forth into battle rode JaMoss…wielding mjolnir with a fire and fury previously unknown to mortal men.

Everybody should just chalk this up as a loss so that they are not disappointed on thanksgiving day. Great if we win but no way we are going to win.