Lions
Everyone on the Lions defense is probably going to be getting a lump of coal in their stocking after their performance in this game. The Lions got absolutely run over by a Panthers rushing attack that totaled 320 yards, which marks the most the Lions have given up in a game since 1998. With the defense struggling, the Lions needed a big game from Jared Goff and the offense to stay in this, but the offense sputtered for the better part of three quarters before getting a few garbage-time scores. The Lions (7-8) were one of the hottest teams in the NFL heading into Week 16, but they seemed to fold under the pressure of actually being in a playoff race.

Panthers
If the Panthers have proven one thing this year, it’s that if they can run the ball on you, they’re going to win and they were able to run the ball on the Lions. Thanks to D’Onta Foreman (165 yards) Chuba Hubbard (125 yards), the Panther were able to pile up a franchise-record 320 rushing yards and they’re now 5-0 this season when they rush for 170 yards or more. The Panthers also set a franchise record with 570 total yards, which broke the old record of 548 set in 2017. The Panthers (6-9) are the hottest team in the NFC South right now and it feels like the division title is now within reach. All Carolina has to do to take home the division title is win its final two games (at Tampa Bay, at New Orleans). 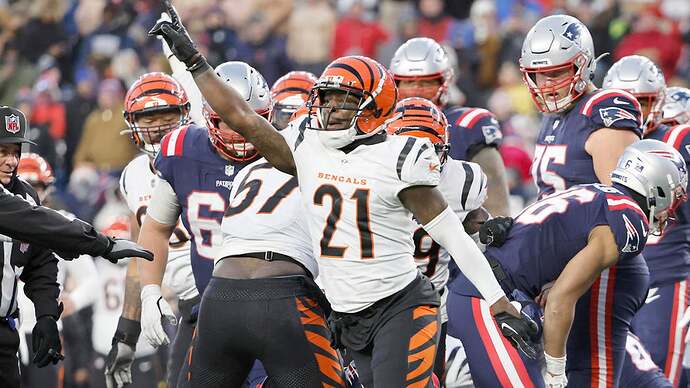 NFL Week 16 grades: Bengals earn 'B+' for wild win over Patriots; Lions get...

Carolina controlled the point of attack on both sides of the line of scrimmage. One thing which has seldom been done against the Lions is physically losing the match ups, and the Panthers won the phone booth all day long. Gaping running lanes, especially to the left side of the Lions defensive line, were abundant. 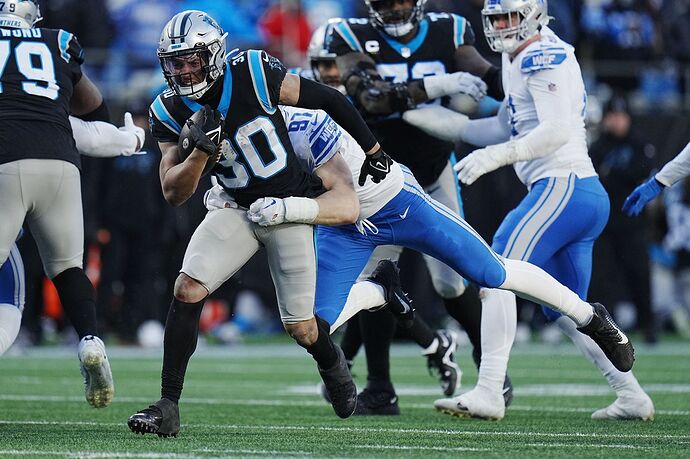 Detroit Lions head coach Dan Campbell said his team wasn’t physically, mentally or emotionally ready. And it’s hard to argue with that after looking back on this one.

Running the ball successfully is a football fundamental. If you can run the ball successfully and consistently you have a good chance of winning. If you can stop the other team from running the ball, you have an even better chance. Everything plays off the ground game. Carolina tan the ball and Detroit couldn’t stop them. Which was great for them. They didn’t have to rely on Darnold to win the game with his arm. 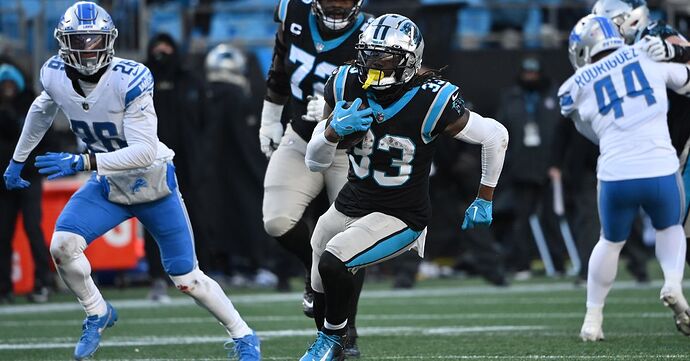 Lions vs. Panthers report card, grades: Defense gets coal in their stockings

The Lions defense didn’t show up to a pivotal game against the Panthers. So we hand out some not-so-flattering grades.