Lions had a truly disturbing passing stat in 2021 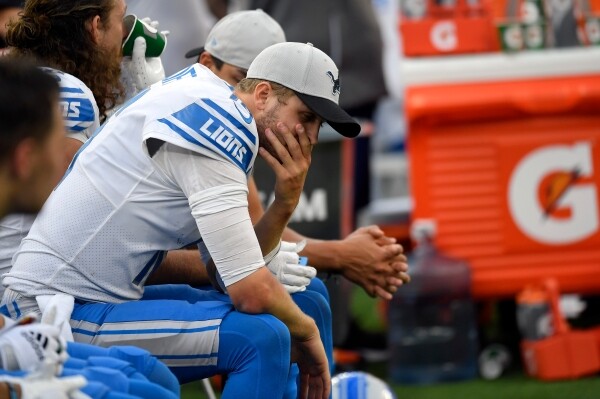 Lions had a truly disturbing passing stat in 2021

I expect better things this year.

Yeah I am hoping the change in OC will fix that. Not sure what was up with Anthony Lynn… I remember articles coming out last year about how he wanted to work to Goff’s strengths but then he did everything but that, which resulted in a lot of the check down stuff, not to mention Goff didn’t trust any of his receivers downfield besides Cephus who then got hurt.

So now we have Ben Johnson saying he wants to work to Goff’s strengths and when they brought in Reynolds Goff seemed to do better, along with a different philosophy on offense…

I still wonder what the heck went on with Lynn.

how the F do you throw behind the first-down marker damn near 70% of the time?

Another disturbing stat: 2 throw aways on 4th down.

I always thought Lynn had no faith at all in Goff. His offense didnt seem to play to his talents.

In the past, the Lions put the OL in LOL. This year, we’ll kick ass instead. Shit’s about to get real.

I’d like to see that number divided into the first 11 games and the last 6.
There’s a reason Lynn got the hook, and eventually the sack.
Then, only Kalif had real speed. Who else was going to stretch the field?

Then, only Kalif had real speed. Who else was going to stretch the field?

I really don’t even care anymore about last year. Don’t care if this was Goff’s fault, Lynn’s fault or anyone else’s, they fixed it in the last 6 games.
Time to move on.