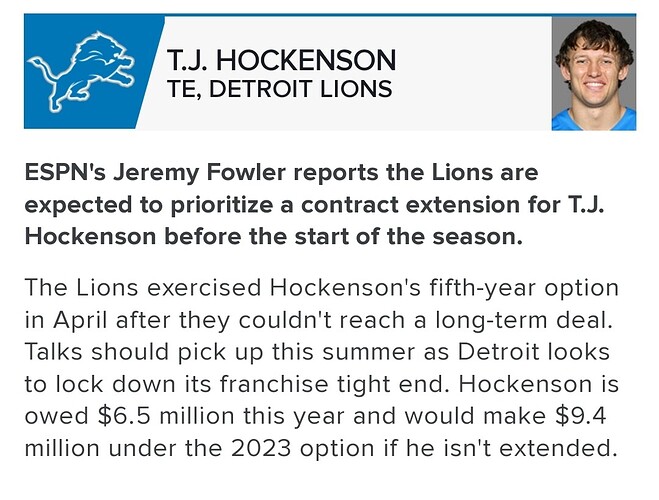 Can we wait for a 2nd year where he actually plays enough tonwarrant a LT deal?

Then @DeadStroke, his numbers wouldnt be the end of the world…

Notnsure I want to long term invest in Chark then, as Sun God and Gang Banger look like longvterm committs too…

If I had to choose… and we probably do…
I’d rather keep Chark… and let Hock walk.

Id feel that way in 2023 so we coukd see if Hock stays on the field and if Chark is a threat.

We save $ w Hock jumping the Chark…

But if Hock jumps the shark…well, we screwed up 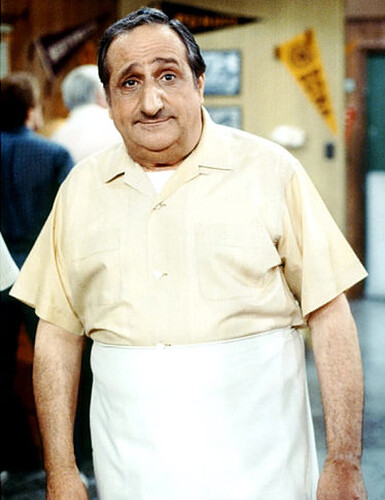 Can we wait for a 2nd year where he actually plays enough tonwarrant a LT deal?

While I’m not in favor of a new contract for Hock until next year, I’d hope that any contract signed this year or next incentivizes Hock to seek hair triage…

We suck at TE until we don’t. Doesn’t mean Hock sucks, it very much means how our depth sucks.By the time last season was over WR was in a major move north. Looks like we already did choose if you’re breaking it down to a decision between Chark and Hock. I would rather not extend Hock at this time, but there you go. Plenty of really decent TE’s in next years draft and I’m not sold on Mitchell. For me a #2 has to have everything you want in a #1 and be a seamless transition if and when the time comes. The Ravens are the epitome of this and it’s worked pretty damn well.

It’s unlikely we’d break the bank on a Chark extension, but I’d really like to sign him to a 2-3 year deal after this season. That would be the window before ARSB or JaMo are owed new monies.

Also, somebody brought it up on the board before but I don’t think Chark will qualify for a comp pick due to the void years on his deal.

I think that is a very likely scenario, in that we sign Chark for another 2-3 year deal if he stays healthy and does well.

Hock I go back and forth on. But if they can extend him for a few years at under the market rate, that would be cool. He still has a lot to prove and he’s not a top 5 TE

Hardly worth big money. He’s under contract. Let him play 2022 and see if he can play a complete season and get more than 6 TD’s.

Otherwise, let someone else pay him. Same with Chark IMO. I hope he has a great season and then someone else signs him to a big contract.

I tend to agree. I honestly think id prefer to let him walk vs paying big money.

Hock is not Kittle, but I’m not sure that always matters in the nfl. Contract numbers go up every year, sometimes regardless of the quality of the players signing the contracts. I’m expecting at least 5/$60 for Hock, if they sign him.

If they can get him for less I’m interested. If it’s that much or more man… I’m just not sure i love it.

If it’s run and shoot but with dt brown proving himself , Jamo on 4-5 year tryout

It’ll be interesting if Chark can get a big deal

How would that leave lions ?

If I had to choose… and we probably do…
I’d rather keep Chark… and let Hock walk.

We do? Why can’t we re-sign both? I’d want flexibility in the future bc we eventually may need to give Sun God and Jamo bigger deals, but short of us trading for a monster QB deal I think we could easily fit both.

But if Hock jumps the shark…well, we screwed up

My 5 year old’s favorite joke is grandpa pants. When he first sees Family Matters his confidence in his wit is going to be shattered. Life’s a b!tch I guess

I’d really to watch Chark play football, like at least a game, before I do anything else with him.