My Own Speculation: Trade down with New England?

I know we’ve talked about trade downs ad nauseum but I was watching NFL Live talking about New England trading up and a lot of the analysts seem to think that the two hot spots are Atlanta at 4 and Detroit at 7 and I’ve always felt in my bones that if there is a trade down option for the Lions that New England would be the team. You just know that Bill is itching to get that franchise QB back and NE is always good to make a splash or two, usually with them trading down but in this case, I could see them really wanting to push for that QB.

Personally, I’ve always thought what Atlanta did would really dictate a lot of what Detroit does meaning if they take a QB, it means one of those top tier guys drops to the Lions but if they took Pitts for example, that opens up a world of possibilities with two of the “second tier” QBs dropping to the Lions (likely Fields and Lance with the Jones to Niners rumors running rampant) and opening up a plethora of options for the Lions to maybe take the QB or, again, trade down although I feel a trade down is a stronger option if only one of those guys is available ramping up the urgency for a team to jump up to get the last of the 2nd tier QBs.

Anyway, I have a feeling that there will be some communication between New England and Detroit at some point especially if Fields drops to 7. I could see Belichick being really hot for him and a lot of experts are pointing to 7 as a trade up hot spot, although I think 8 is too.
In other words, the draft can’t get here soon enough. Most intriguing draft that I can remember.

Homes picks it up … it is Matt Patricia calling and NE is interested in trading.

Shiela … just hang that up!

If so I hope we fleece them. I’m so tired of the weird dynamic between the Lions and New England.

Them turning KVN into a solid contributor after we traded up to draft him, then trading him to the Pats for a bag of peanuts

Us overpaying for their vet rejects

In fact, thinking about it Pats can go screw themselves. I hope if we trade down with them we get two firsts who end up being awesome and their selection is a turd 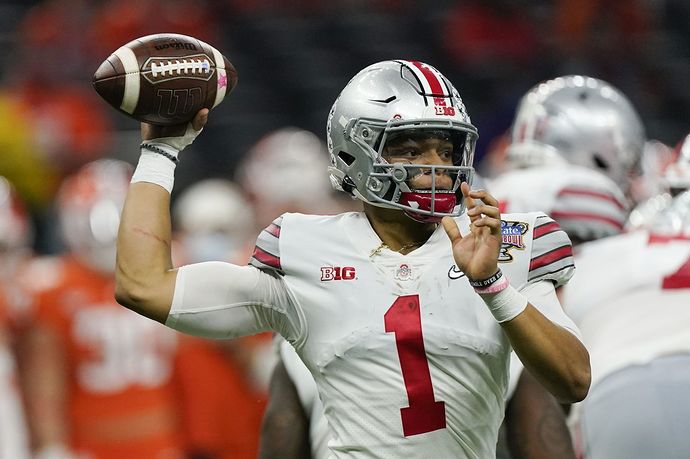 NFL Network analyst Daniel Jeremiah mocked Fields to the Detroit Lions at Pick 7 in his most recent mock draft. 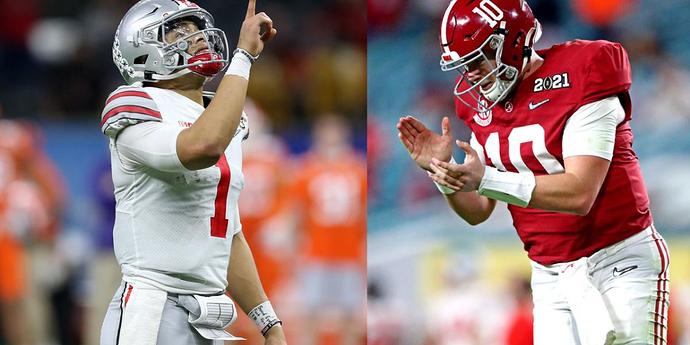 Who will the 49ers draft after moving up to No. 3? Josh Schrock and Dalton Johnson offer their latest mock draft.

This one has us trading down…TWICE (once with Denver and then again with NE). Ultimately at 15 we take Parsons

I would definitely be down for that. If we picked up Denver’s 3rd this year I think I would do it. Then if we dealt pick 9 and 101 for 15 and 46 and still got Parsons.

So we trade down from 7 to 15 and only pick up a mid second and third? And lose our late third? Quinnish

This is realistic based on the trade value chart.

We gain a low-to-mid second and move up 30 spots in the third. That’s 5 picks in the top 72…I think for the team that we have, this makes more sense long term than picking up someone like Waddle at 7

If Parsons wasn’t there at 15 then it means one of these guys likely is:

Farley, Slater, Horn, Darsaw or even Waddle himself.

I’m not denying Waddle is a solid player - and I would have a hard time passing on Sewell, but I think we are better off going this route if it were to play out this way.

You believe all that chit? Lol

Not at all. Except the Kenny Golladay trade, when did Quinn ever trade down?

He should’ve traded down with Miami last year, even if it was only for a 3d Rd pick, because that’s all that the market would bear.

Just meant in a sense of being stupid. I think our current GM is much too smart to not get maximum value out of a 7 overall pick. My gut says he’ll stay put and draft a stud. If they trade down 8 spots I’d expect a 2022 1st back as well. The trade value chart is antiquated.

You believe all that chit? Lol 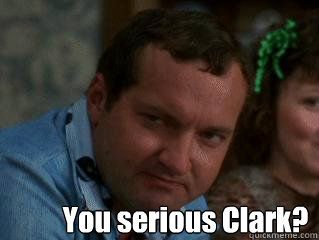 It just doesn’t seem like you’re gaining enough for the amount of drop back.

I also believe the chart is outdated. Especially for moves concerning the top ten picks. I also group top 5 and top 3 different. Higher you go, more of a premium to move up.

I view it differently than last year where I would have been happy to net a 3rd to drop back with Miami. Then something else with the Chargers if possible. Forgone conclusion that both were taking QBs so very little risk of missing out on the positional player wanted.

That isn’t the case this year. Moving back is going to quickly take the high grade players off the board.

I agree. If we trade out of the top ten there needs to be an extra first involved