My thoughts on the 49ers game

I won’t try to super-analyze every detail of the game. It was a loss, and its the beginning of a new regime so what we saw on Sunday isn’t necessarily what we will get later.

Its possible we nailed this draft if Sewell keeps playing well at LT so that was very exciting. I was very surprised that Levi Onwuzurike was inactive. I thought he was impressive in preseason. And Julian Okwara as well, to a lesser degree.

I was shocked at how bad our D played. I expected some hiccups in the secondary, but I really thought they’d hold up better v the run.

The silver lining is we officially have a running game. At some points we were just lining up until they stopped us.

Love this… and right in line with what I thought, specifically:

Goff is inaccurate on deeper balls. I don’t know if that’s always been a problem, or if its why he always takes the checkdown. Maybe its rust.

I didn’t think he was that great. He was okay. Nice touch in the short game.

I could see what’s Cephus about?

Cephus needs to start. TWill did not impress me and I want to say he alligator armed a pass in the first or second quarter…

I think he showed enough to get more looks moving forward. All I saw from him was catching whatever was thrown his way

I don’t think the Lions D is as bad as everyone thinks. Another game or two will tell us a ton.

Raven game is probably the most important because with their limited firepower right now, it’s all about containing Jackson.

Goff is inaccurate on deeper balls. I don’t know if that’s always been a problem, or if its why he always takes the checkdown.

I think the “knock” is that he isn’t always willing to throw the deep ball… not that he lacks accuracy. 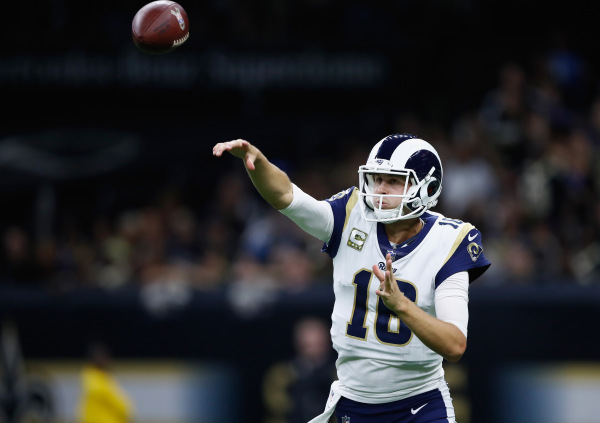 Jared Goff is improving in just about every area of the field.

He certainly looked pretty good on this throw. 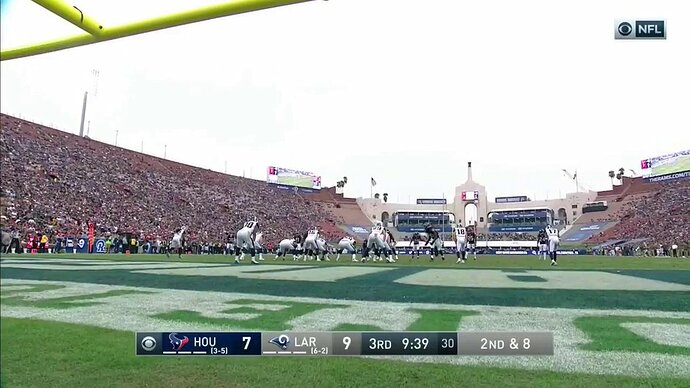 The real J-Will (not that fake one in Denver) looked like a completely different person. Not just from preseason, but from his Green Bay days. He is a character but it looks like he has taken this rebirth seriously. I love that for him. And I’m sure I’m not the only one.

LOL - thank you for this, bro. Made me laugh. He looked better than I thought he would, for sure.

Really enjoyed your input, man. Thanks.

Yeah, if Igwebuike was getting advice from above on some of those return decisions, he might want to upgrade/change his spiritual internet service or get his ears checked. I don’t like seeing kick-offs consistently falling short of or shallow in the end zone, either. Actually, my favorite moment of the game was a special teams twofer; Gould falling on his keister & then missing the field goal.

I fully agree on the lesson to take from the late rally. The Bears, otoh, lay down like female dogs after Nagy’s bizarre & disastrous decision to go for it on 4th & 15 (!) with 10 mins to play & a 13 point deficit. Goff can & will play better than that; looked like rust & timing issues, some sloppy routes & motions as well, but you certainly saw that there is absolutely no quit in the kid.

I will say this ; I’ve watched every snap of JG’s career in the NFL ; like you, often many times over to figure out what was really going on, good or bad. I’ve never seen Goff throw a TD pass like the one he threw to Cephus. A true alley-oop-I-trust-my-guy-to-go-up-and-get-this type throw, esp not in the EZ. You guys have seen a gazillion of them from Stafford so it probably didn’t register. Been awhile since I’ve seen him throw a back shoulder deep out like the throw to Raymond late in the 4th, too. Stuff to build on while he gets the short/medium stuff dialed in like he had it with The Rams so the YAC will start to pile up & create more deep opportunities.

Trinity Benson had been with the team for, what ?, a week & should have had a TD. Some better routes/timing with Goff & he’d have had a ton more catches & yards Who would have thunk he’d be more involved than St Brown ?

Vaitai had a better game than I expected. Lost in the much-deserved Sewell love. Jackson nearly ended Goff’s year on the very first pass set. Who shoots out at a defender’s knees like that on pass play ? The pocket/pass pro isn’t where it will be pdq,imo, but it’s also that Goff doesn’t trust it yet. He could have stepped up on that interception play but he let Nelson get bullrushed back into him. Two years of mediocre interior OL play have left their mark.

If they make Will Harris watch his tape, they’d better put him on suicide watch afterwards. Melifonwu flashed, Alim got significantly held on a couple of key plays he could have positively impacted, the TD run that was so close, for eg. I thought they actually did a decent job on Kittle most of the day. Did Aiyuk even play ?

Very interesting to see Goff play so much more out of shotgun w/ far less play action as well. Stafford made the big plays early, but he didn’t really run the McVay offense. Dunno if that will work vs better opponents.

Very interesting to see Goff play so much more out of shotgun w/ far less play action as well. Stafford made the big plays early, but he didn’t really run the McVay offense. Dunno if that will work vs better opponents.

I did notice that. The Rams offense on Sunday looked strikingly similar to what the Lions have been running since Lombardi was fired in 2015 (which is what Stafford does his best at).

Heck, look at these 2 box scores:

Stafford was more efficient with the Rams but the offensive execution is strikingly similar.

Yup, definitely a gameplan tailored to Stafford’s strengths. Unfortunately, it limits the effectiveness of an already iffy run game & will put much more pressure on the OL vs better pass rush.

I have reviewed both of those box scores myself.

Lots to compare on the offensive stats.

Christian would be the guy that dropped his coverage of Kupp on the 56 yard TD pass.

These two opening games proved who got the better deal in this trade of quarterbacks. The Rams will be successful with Stafford because he was not the problem for the Lions. Our achillies is the ownership who have zero capacity to assemble a winning team. We have had some of the best coaches from around the league coach this team and still we are not competitive. Now you see what happens when you place Stafford in a system with one of the best defenses in the NFL and by the way we passed up the best defensive player on that team in Aaron Donald in the 2014 draft! So it doesn’t matter who the quarterback is we don’t have the makings of a winning team. We can’t protect the quarterback and our defense can’t stop anyone. And the harsh reality is that the owners don’t have any interest in assembling a winning team. This team has been nothing more than a tax write off for them for years and tax payers continue to subsidize their rich asses by building a new stadium and selling out season after losing season. They should be ashamed of themselves for pretending to be an NFL team. We are the joke of the league. Always have been, always will be. But I guess as long as they can fill seats that’s all that matters. Congrats to Mathew Stafford for landing with a team that has the potential to get to the Super Bowl!

What no Rams -Bears thread? I'll watch it

It was that God gifted Stafford, purposely under throwing to fool those two silly Bears. Yeah… I’ll give Stafford some credit for not getting too much of a “tingling feeling” and not overthrowing a wide open dude… but that was also some REALLY HORRIBLE pass defense. The Bears were playing quarters coverage with 2 deep safeties… and the Rams had only 1 route that was deeper than 12 yards… and BOTH safeties stopped gaining depth as Jefferson ran right by them. It was a 2 man route!!! Was …

With how much I hated MP and the lions overall last year, I caught quite a few Packers games. J Will did all the same things he did well last year. Caught balls. Found holes. Blocked well. Same flamboyant personality.

Not sure what’s changed about him really

He’ll always need a Swift or Jones to compliment him, but he’s a talented back.

When Swift gets hurt again I expect him to struggle.

My favorite Goff pass was. 67 yard long TD strike that hit Sammy Watkins in stride 2017 in NY in a freezing rain (it was actually coming down pretty good at that moment) vs the Giants

I wish I knew how to link it here

I didn’t get to watch the game live either, but read posts here… mostly of the hand-wringing variety… SOL…

When I did get to watch the game, I was pleasantly surprised with the running game, Sewell, Goff, and even parts of the Defense. I was thrilled with the attitude of the team… Never give up never surrender. There are also plenty of things that weren’t even close to being perfect, or what I expect to see from this team as the year wears on. There certainly was plenty of room for improvement, but I think that this team under the tutelage of its coaching staff will indeed continue to make improvements as the season goes on. The 49ers are no slouch team, it was a good first test… let’s go Lions!