Next Gen Stats - Trying To Find Some Positives 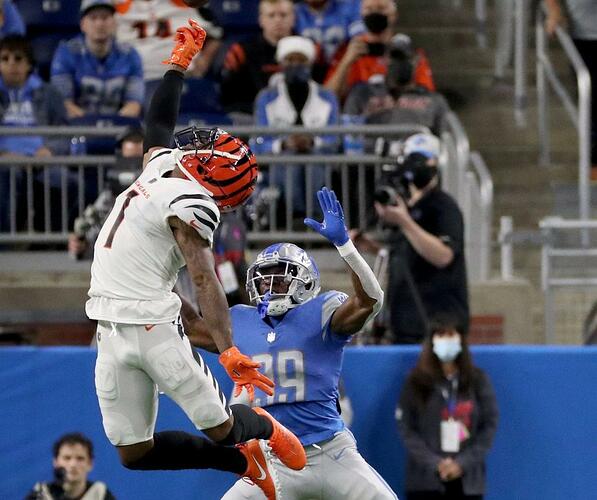 Aaron Glenn has actually done a decent job so far IMO with taking over the dumpster fire of Patricia’s defense. We were dead last in almost every category last year. Holding the Ravens and Vikings both under 20 points is progress. Both are very good offenses. We looked pretty solid vs the Bengals on D in the 1st half as well, if only the offense didn’t go 3 and out every time we got the ball.

When you consider how many rookies are starting or getting tons of reps on defense, there is some potential and hope there. We still really lack a game changing pass rusher and another safety to pair with Walker. Hopefully we get those pieces in next years draft.

Wish I could say the same for the offense.

COMPLETELY agree. His results, given the tools he has, have been outstanding. It’s like he’s been given a screwdriver and told to go build a barn. WTF do you think is gonna happen. LOL.

I was stunned when I saw we were ranked 17th against the pass. Glenn is doing a hell of a job. And I think we’re going to see Julian okwara and Bryant start to take playing time away from flowers. That will only make the defense faster, more athletic and more versatile.

At this I wish we could trade flowers and get something in return. He’s just not a fit in this defense. It would also be nice to get rid of that contract. I don’t see it happening though.

AJ Parker reminds me of a slower version of former Lions 6th Rd pick Chris Cash–small, but tough as nails, and plays well against the run. If he can stay healthy, he looks like a keeper.