NFL.com's Peter Schrager's mock would be a dream for the Lions

The Lions trade down, get even more draft capital to the mass they’ve already stockpiled, and still get arguably the best WR coming out?

If Brad Holmes is even just slightly above average at drafting – and we have reason to suspect he’s better than that – this transforms the Lions in a positive way that will resonate for years to come. 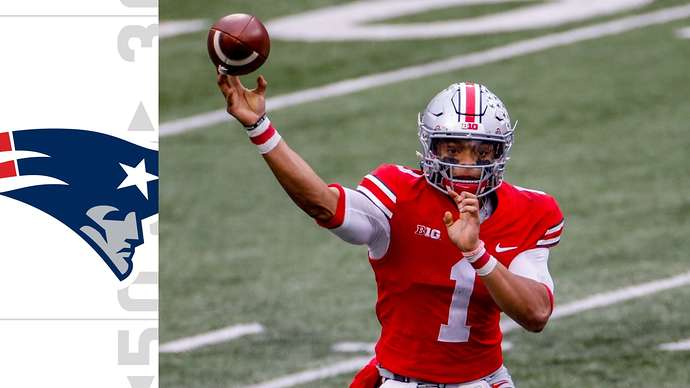 In his initial projection of the 2021 NFL Draft's opening round, Peter Schrager has the Patriots trading up for a quarterback and the Cardinals making a move for a tight end. Check out the full mock, 1-32.

In! Love it!
Jockey some stuff around, build the O in early rounds. Next year, have a better idea if we need a QB or not, then work on the D (that’s what she said)

That would be absolutely amazing.

I have absolutely no reason to complain about that. Any trade that nets Smith and another 1st somewhere is one you can sign me up for.

That’s something else too, maybe someone trades up for Pitts?

I agree big over pay I don’t like his pick but pick at 16 there is reason why he was picked that low an its his small size. The players taken at 17…19…20…I would rather have before Smith

Absolutely the dream scenario. The perfect way it could turn out.

Would Sewell be worth taking though, rather than the trade? The LT’s are hard to find and would give the Lions some help and flexibility on the Oline.

I had not really thought of Arizona as a team that would trade up since they have a QB in place… but this actually makes sense considering the “all in” type moves they have made this year.

The only reason I see them staying where they are in the draft is that they likely can get a CB at #16 (Horn or Newsome) that would fill a need as well. Also… they need a RB and Najee Harris would be a great fit in that offense (or any offense for that mater).

I highly doubt there’s a single Lions fan who would be upset with that. Which should tell us just how unlikely it is to happen.

What if Smith is the next Randy Moss like Brett Farves claims and Pitts is the next Ebron?

Just saying… based on their projections and pre draft status. But yea anything can happen