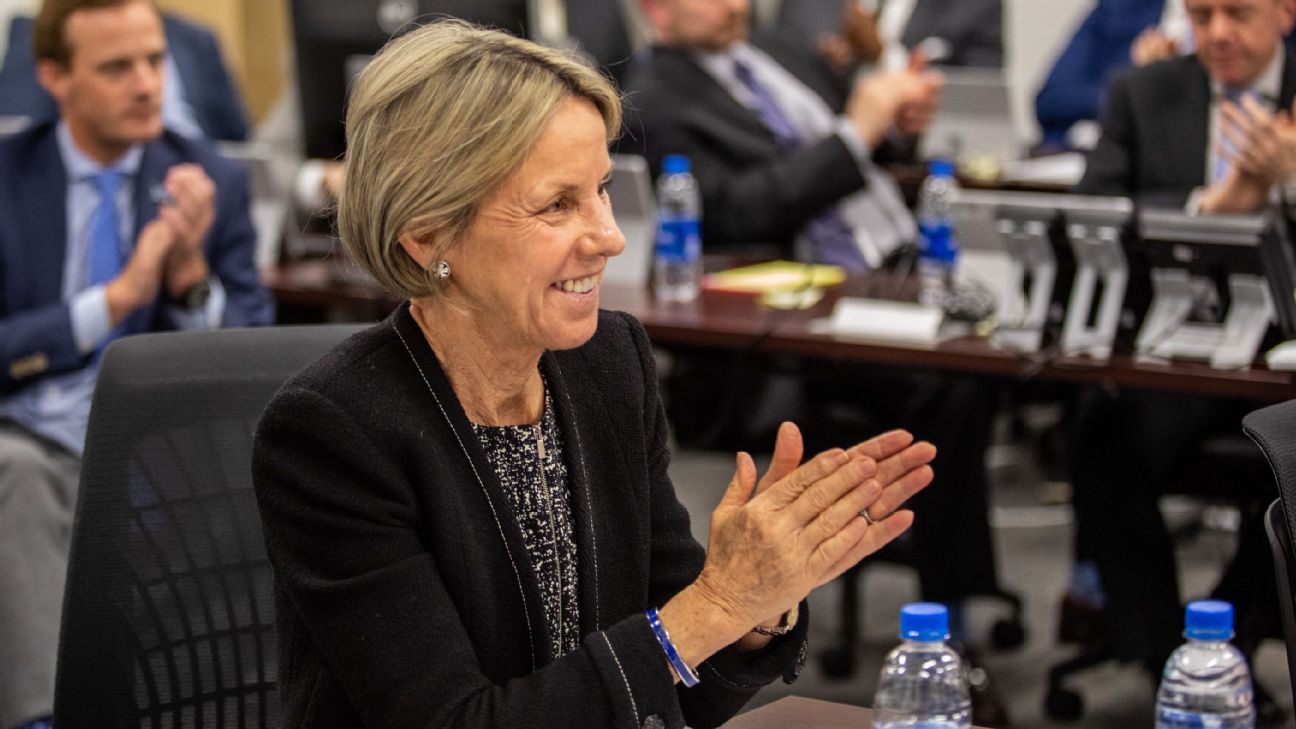 Blah blah blah she’s this, she’s that, win some fucking football games. As far as I’m concerned, she’s already fucking up, her first action was to bring back MP.

I agree it was wrong to bring back MP but she kinda didn’t have a choice. Should she have fired MP and brought back BQ? Then who chooses the next coach? Had to find out if it was a culture/player thing or coaching thing and now we know. If I were her I’d fire them all before the bye week, name DB interim HC then in the offseason go get a young HC to build my management team around.

This is a business, if Quinn wasn’t willing to find a solution, then he needed to be fired too. Now both are gone regardless, bc this season isn’t going to turn around with this staff

If the Lions get trounced on Sunday…even if the offense looks competent and put up a bunch of points.

Shelia would aquit herself well by canning both Quinn and Patricia after that loss.

True leaders don’t wait on artificial timelines (the bye week) to make changes for the betterment of their business. Consistent poor results are all that’s required.

If our Lions lose Sunday, that will be 12 straight loses. Does she really need “lucky 13” to pull the trigger?

I agree with you 100% I just think Quinn kinda tied himself to MP by getting rid of a coach coming off winning seasons. I would’ve been hella shocked if BQ fired MP after last season.

Sure, fire Quinntricia before or after the New Orleans game and use Bevel as the interim coach.

So where is she going to seek advice going forward? Will she go where Martha did, to the NFL brains who steered her to Quinn and time-released Patricia?

Great. The next generation of incompetent ownership in Detroit. Here’s to 15-20 years of futility under Sheila Ford.

If she fires BQ and Patricia at some point this year, or even after the season, I’ll have respect for her. If she doesn’t, I won’t and feel she’s just another wealthy person with a hobby, that has zero knowledge of what it takes to win in the NFL. It would be the lazy path to not fire Quinn and just fire MP. Of course if somehow having Golladay was the ticket and we storm the gates and win a playoff game, then keeping the regime makes more sense, but from what I’ve seen so far, no way that happens.

and win a playoff game

Playoffs? Don’t talk about playoffs. I just hope we can win a game.

That article was a personal interest story fluff piece.
It told me nothing about her football IQ and how she would make the football team and organization better when it comes to division titles and etc.

That’s because she has none. It’s not an insult, it’s just factual. A writer would have wanted to include information about her football IQ or plans when writing a story.

I read half of this article and wanted to gag. This is another story about someone’s personal “awakening” and nothing to do with sports. So the reason Shiela is going to be a good leader is because she read a book, and talked to someone who she went to the same college with and wrote a book on racism. Rather than sit down with her team and find out what they need to be better at the jobs they are paid for, they sat down and held hands for awhile and read books. Does anyone else wonder why the Lions are screwed up? It comes from the top.

All we learned about Sheila in this article is that she “wants to learn football analytics”, and that she pushed for the team to be more involved in social justice. She did work with a museum, so there is that. Oh, and she consoled a soccer keeper who let in a goal. Yep. She is the perfect owner for this franchise. Color me impressed.

One thing is for certain, when times get tough, she will bring in someone to circle the troops and sit down and have a good dialogue. That always solves all of the tough issues of the day.

Not sure why people are so cynical about Sheila, if you don’t understand who NFL owners are and what they do, then you just are not paying attention.

The Lions have averaged 6.5 wins per season over the 55+ years a Ford has owned the team with a 1-12 playoff record. 8 different GMs and 18 different Head coaches and still no Super Bowl appearances. Sorry if I’m a little apprehensive that it’s going to be different under another Ford.

She’ll be lucky to get 6.5 wins this year for sure. lol

At this point, just fire both those bums, and start the process of finding a new GM, also give a directive that this team is in tank for Trevor mode to the new, interim staff, their job is to go as vanilla and as young as possible in-game, no heroics, finishing with no more than two wins is the goal…or hell, 0-16 would be best. Try to attract a good new GM with a brand new franchise QB, who may even be a generational talent in TL (we’ll see…tbd), and also give said GM the green light to get as much as possible for Stafford on top of it. That scenario would be very attractive to any good GM’s…preferably no first timers. And fire Rod Wood while she’s at it, complete rebuild, top to bottom.

Now watch, after allllll this, the Lions go out and dominate the next two games…ahhahahaha

Most sports owners are also business owners, who had to make tough decisions and learn tough lessons in life, that they then use and apply those experiences to run an organization and build it from the ground up.

Most owners understand if my team sucks, I lose fans, then lose money, then owning a team becomes a cash liability rather than an earner. The Ford family is none of these. The Lions are their own personal toy, and they don’t need the revenue from football to turn a profit. The only thing that bothers them is when people criticize and insult the team, and they can’t control it like they control the Detroit media. That’s why it takes embarrassment during national games to get them to act.

It seems like owners that make their own fortune fair better in sports.
Trust fund babies don’t seem to have a great track record. Of course, I haven’t really looked at anyone other than WCF and Martha.

Actually this is encouraging. That way, when she sees that we are like last in every defensive statistical metric, she can analyze that and realize she needs to change that. But since the HC is the one in charge of it, she needs to fire him. Since her GM hired and continues to support keeping him, he needs to be fired too. So please I beg you, learn football analytics. As long as you come to the conclusion that last in the NFL is bad.

It seems like owners that make their own fortune fair better in sports.
Trust fund babies don’t seem to have a great track record. Of course, I haven’t really looked at anyone other than WCF and Martha.

I mean, Martha actually did it right. She put her ego aside and recognized that she was not capable of making the decision on her own ala WCF. She sought the opinion of long time football royalty. Then she hired Ernie Accorsi as a consultant. It was his recommendation on BQ. So I cannot fault her process at all. It was the football people with tons of football knowledge and experience that failed us. If Sheila is smart, she’ll do the exact same process that Martha did. I just hope she ends the road of failure we are on and hopefully goes with someone other than Accorsi as the consultant this time.