Now With Vaitai on IR

Does anyone question having the starters play the first half of the final preseason game? Campbell made the call, along with Pitt to play them the entire first half.

It doesn’t for me. But, you can’t help but think what could have been going into the season.

Who’s to say he got hurt during the game and not at practice? This guy has proven to be injury prone so I’m not too worried about it. Wanted to replace him next season anyways so it’s good to see if we have some cheaper in house options.

I could be wrong but I think he got hurt in the second preseason game against Indy, then came back and played all the snaps vs Pitt which is why it was a surprise he went to IR.

But to answer your question, no. I thought he managed the hitting well and they should be better prepared once the season starts

It’s a violent sport, guys are gonna get hurt no matter what you do.

Glad to read that people agree with the coach.

And if no starters play in the preseason, and the first game, one or two go down, there’s going to be some people who say we should’ve played them more in preseason, to get them in shape. There’s no formula here, players will always get hurt. Even the SB champions every year deal with starters getting hurt.
I’m trying to break it down in my head like this: Hopefully the football gods are okay now. We HAVE to lose a starter, think of Vatai as our sacrifice.

If injuries are going to happen they’re going to happen. You could sit players all preseason and they still get hurt week 1. It’s just a roll of the cosmic dice who stays healthy and who doesn’t.

I didn’t realize how big kraemer and stenberg were. They’re both pretty much that same size as big v. Minus about 10lbs.

Exactly. The rams lost Akers last year in mini camp. There’s nothing you can do.

Who’s to say he got hurt during the game and not at practice? This guy has proven to be injury prone so I’m not too worried about it. Wanted to replace him next season anyways so it’s good to see if we have some cheaper in house options.

Just so you know he will not be easily replaced, he was very solid last season He never allowed a single sack in 2021 an he played between with a rookie RT an a backup Center.

He will not be replaced stop with he is over paid he was signed as a OT an sucked but turned into one of the best OGs in NFL . That is a fact. The Lions will keep him as long as he plays like that an wants to stay.

Like old saying if its not broken leave it allow, To many on here want him let go because he was over paid. He was signed as a OT an not that much over paid at the time but moved to OG an yes over paid but proved his worth.

To many fans want to make changes an most of time its the wrong change they get a mind set about a player an well he has to go even if he is a solid player an lets go sign a player looking for a retirement contract an does nothing.

ONE GAME past 4 years that is not injury prone. You don’t like him fine but stay with truth when you bash him.

I didn’t realize how big kraemer and stenberg were. They’re both pretty much that same size as big v. Minus about 10lbs.

Somebody mentioned that Stenberg worked out with Ragnow last year as they both recovered from injury. He looks like he is losing some fat and getting stronger. 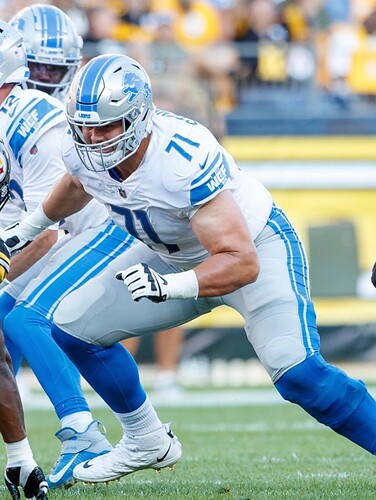 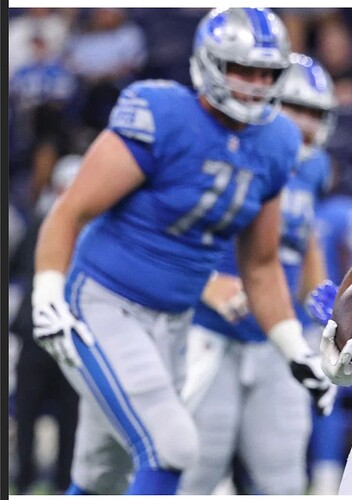 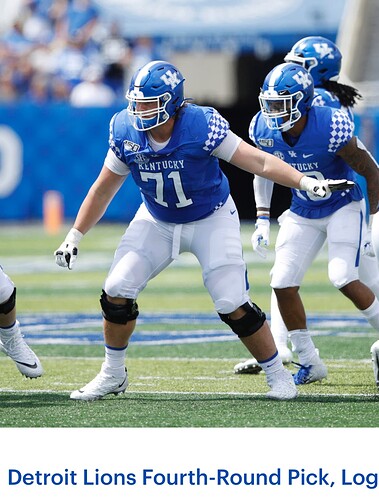 That’s the best thing that could have happened to him. If he puts in the work ragnow does there’s no reason he can’t be a pro bowl level guard in this league. Especially if he can perfect his technique and control his aggression.

I don’t even think about big v’s contract ever since they moved him to guard. He’s getting paid what a top level guard is. After the first two seasons his contract is pretty average. And he’s been an invaluable resource for Sewell. I think his signing has worked out just fine for the lions.

We don’t know how Vaitai got hurt.
I think what MCDC did was defensible, and i don’t fault him for it.
But yeah, if it were me I prolly would have said a quarter is good enough.
I guess if he didn’t get hurt in that game, but re-aggravated a previous injury that may not have been fully healed, then I’d want to ask more q’s.

If a guy was hurt not too bad to the point where you dont want him to take a chance, yeah I can see sitting him. I mean, we have the guys who subbed in behind last year back this year…so the whole continuity argument of wanting to run your full unit in and then out a few times (Natty…thats for you) is crap.

But we dont and wont know. So…it sucks.

Here is my Key Point on this-

I want to see though how the backup fares, as Big V is a big price tag, he is hurt for the 2nd year in a row, and our cap next year, our “Leap Year” isnt really positioned to bring in the FA horses like you would want in that situation.

If I had to guess it has something to do with this, it’s from the 15th of August. 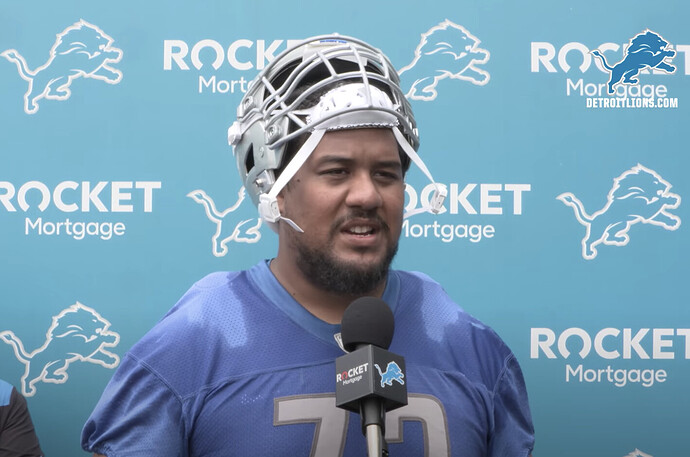 It makes the most sense. Stenberg is better on the left side. Kraemer played pretty well last year all things considered. I think he’ll be just fine until big v is healthy. We may take a slight hit in our run blocking but I think kraemer is better in pass protection.

It makes the most sense. Stenberg is better on the left side. Kraemer played pretty well last year all things considered. I think he’ll be just fine until big v is healthy. We may take a slight hit in our run blocking but I think kraemer is better in pass protection.

Right.
And there’s no reason you can’t shuffle them a bit. Jackson can play RG. Stenberg is more of a road grader, but not good in space. I like Kramer better but on 4th and 1 give me Stenberg.

You could shuffle them but is it worth it. If stenberg and kraemer are that close to each other grade wise I’d rather just plug kraemer into the open position and not reshuffle my entire line. Besides, if it’s 4th and 1 I’m running right behind Sewell or ragnow.

I’m betting they’ll both see snaps, but I can appreciate not wanting a merry-go-round. But with the quickness of today’s DL’s, you really don’t have the luxury of running behind just one guy … its more one side than one guy.