after 3 years since the announcement….

revolutionizing the industry so fast…… 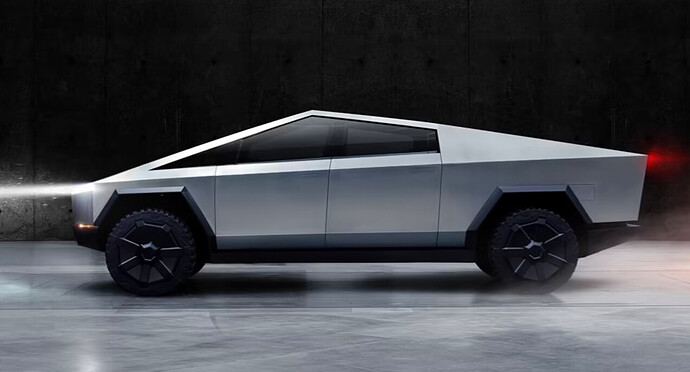 The Tesla Cybertruck release date has been updated again. Now we're likely to see it sometime in the middle of 2023.

Sounds like my Starlink that’s a year overdue already.

Pricing from 2019 announcement will adjusted upward… but how much?
. 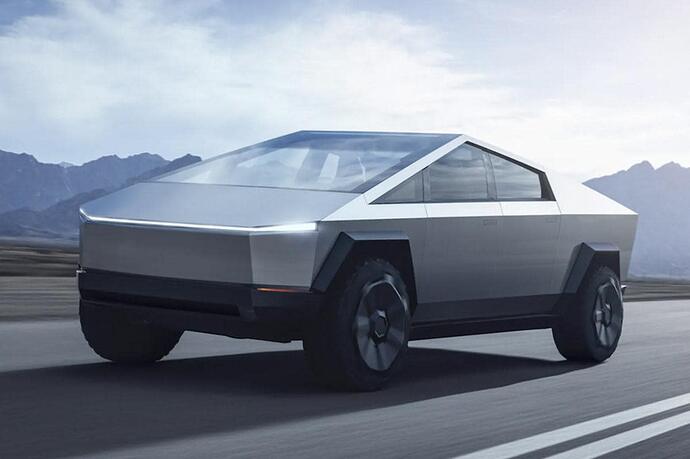 and this writer seems skeptical… 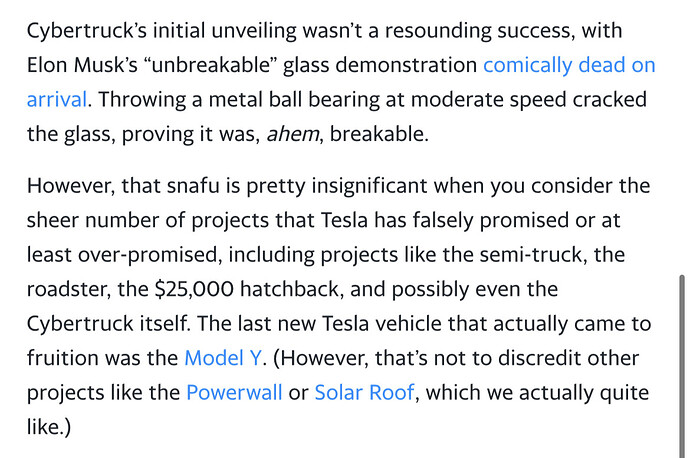 Tesla’s Cybertruck Is Finally Arriving In 2023, But It’s Too Little Too Late

It was almost the first electric pickup truck to hit the market. Instead, Rivian beat it to the punch with the R1T.

after 3 years since the announcement….

revolutionizing the industry so fast……

then again…. maybe more than another year??? 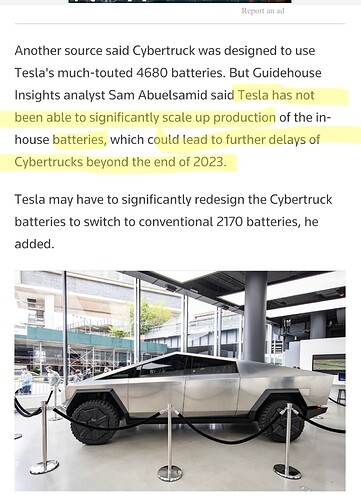 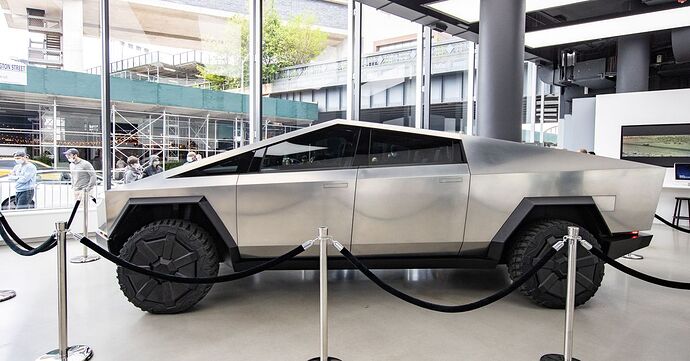 Exclusive: Tesla's Cybertruck to start mass production at end of 2023

Tesla aims to start mass production of its Cybertruck at the end of 2023, two years after the initial target for the long-awaited pickup truck Chief Executive Elon Musk unveiled in 2019, two people with knowledge of the plans told Reuters.

.
When Musk announced and hyped the cybertruck…
the stock price worth less than $10 in 2019 based on current share availability… and as he watched the price gain over $300 per share at peak levels… he still couldn’t bring a truck to market.

He had time to buy Twitter…
but not get a teuck to market.

That is the most valued auto company in the world???

Mike Lindell must be picking the announcement date.

I was reading about someone with a model x that is 2 months out of warranty and has to spend 20k to replace the battery.

on the plus side it didn’t catch on fire.

Y’all know that an Optimus is gonna show up at your house, right? Like a Mormon, except it’ll be proselytizing Elon…