With Cephus out this might be a thought. Harry is young, big-bodied, and was kind of a stud in college. Thoughts?

don’t trust any trade w/ the Patriots, they will win the trade and leave you holding fools gold

don’t trust any trade w/ the Patriots, they will win the trade and leave you holding fools gold

You can say that again.

How much does he have left on his contract? There’s no point in trading for him if he hits FA next year, since this team won’t be contending for anything until at least then.

N’Keal is not even a starter, has 2 receptions on the year.

If they’d take a 6th for him, I’d jump on it. Sometimes they just need a change of scenery

NE really screwed the pooch with this pick too. They could have had a really good WR, instead they got the next L. Treadwell.

Get him away from the miserable Patriot way and you might get a different player. Might be worth a 7th rounder, some risk but most 7th rounders don’t end up being anything anyways.

If they’d take a 6th for him, I’d jump on it. Sometimes they just need a change of scenery

And sometimes they just don’t translate to the NFL.
I like that you’re trying to find us a player…but I’d pass on N’Keal.

Depends on why Bellichick isn’t playing him?
But, I agree, you might as well deal with the devil.

Total bust. Kick the tires after they cut him.

While I agree with this, not everyone responds to BBs style of coaching. It is possible that it’s just a poor fit because of that. Now, whether irreparable damage has been done or not is the real question. I’d lean towards yes

A low pick makes sense. The Pats are paying his bonus, he’d be super cheap, and there does seem to be some talent there.

I specifically like that Cam singled him out as a talented guy who just couldn’t handle the Patriot Way. Change of scenery to the anti-Pats could spark something.

That’s interesting.
Detroit sounds like an ideal place for Harry to land. The Patriots deserve nothing for him, though. Let them cut him the same way we have Tavai and Collins.

Coming back to Cam, that does add a bit of intrigue to the prospect. Detroit is exactly the kind of environment he needs, surrounded by others in a post-NE recovery, and with quality ex-players providing the coaching.

Still, I wouldn’t give them one red cent. 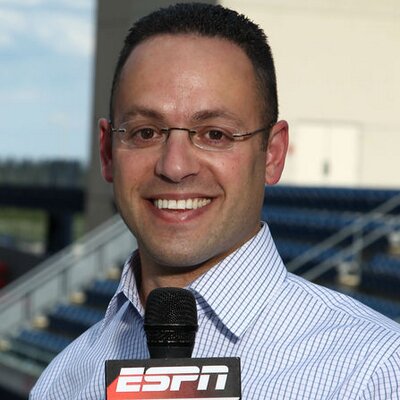 Cam Newton was a big booster of N'Keal Harry in '20, and is still one of Harry's top champions. Newton shared more perspective on Harry today on @IAMATHLETEpod, saying: "He was battered." Remarks came in the context of a discussion on mental stamina/machine-like approach in NE.
1 Like
Doctor_Love October 15, 2021, 1:09pm #17

I’m less worried about giving them something that’s almost nothing vs. nothing. He can’t be any worse than the randos out there now, and the Pats aren’t going to cut him mid-season. If you think he can help the team, throw a low-round bean at them.

I have no problem admitting it’s a grudge against NE and that my refusal to give them anything at all is largely out of spite.

Even as I attempt to think about it rationally, I do think we would be a good landing spot for him and would be content to wait until NE has cut him, even if it’s after the season. I doubt he’d move the needle for us this year anyway.

Anyone that argues with this comment is ignoring history. Players that played for BB are always better as a Patriot than they are after they leave. Their FAs always seem to get top dollar elsewhere, don’t produce like they did as a Patriot, Belicheck gets compensatory picks, rinse and repeat.

Hell even players that played for the Lions first are better as Patriots.

And in this case, Harry has sucked as a Patriot. I wouldn’t give any assets to the Patriots for him, none! We need all of our beanz!

At the time, rumor had it that BB wanted Harry over the advice of his scouts who thought others were better (and were proven to be right).