POLL: Are the Detroit Lions overachieving?

An interesting question to debate 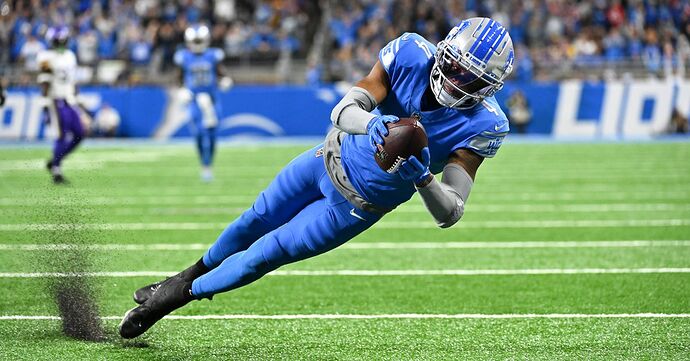 POLL: Are the Detroit Lions overachieving?

The Lions are hot, but is that sustainable as the playoffs approach?

I think they’re overachieving in the sense of what was expected (by most) before the season began.

I picked them to go 11-6 in June.
They were underachieving.

I was in the 7-8 win camp and it looks like they’re poised to exceed that.

I have to say yeah based on expectations when they were 1-6. Not even the biggest slappies on this board thought this would happen.

I was 6-7 wins, but I wasn’t expecting either the losing or the winning to come in bunches this way.

From a talent perspective, they are absolutely overachieving.

Under achieving early and maybe slightly over achieving now… Means they are achieving what they should have. The offense is slightly better than just about everyone’s expectations. The defense is more undermanned than people expected at the start of the season.

The 2022 draft picks are overachieving. Dear god James Houston is a stud. Thank you Brad Holmes, you da man.

The way the season started, all doom and gloom, I would say that this team has been rebounding and learning from their mistakes.

The 2022 draft picks are overachieving. Dear god James Houston is a stud. Thank you Brad Holmes, you da man.

What a freaken draft!!!

Hey all. They are not underachieving. This team is legit at the line of scrimmage.

I think this is the beginning of the new normal. The consistency as of late is at a point where it can’t be dismissed.