Okay, so anyone on the board who doesn’t already know, I don’t know Jack about college ball. I’ve been an NFL junkie since I was a kid and never got into it.

To all of the draft experts and anyone else with an interest in NCAAF, what do you think is the most important criteria for drafting a player high in the first round?

You’ve got guys like Hutch who produced big time. You’ve also got guys like KT, who have potential that’s off the charts, but may not have the production of some of the other guys.

What do YOU think is the most important?

Future growth/production considering all the positive n negative traits that we can analyze.

I don’t want an Antonio Brown, or headcase that will mess up team dynamics, but uniqueness is ok, Miles Garrett, if their willing to work, be part of a team, and are motivated to be better.

In the end I guess it boils down to pure athletic ability, than mental attributes after that. The scale isn’t always balanced with the two, sometimes it swings to one side or the other too much. It is a fine line with finding the right balance. Sometimes you make the wrong choice. Hope the Lions do their due diligence with Tibbs.

Really feel that’s why Hutch is number 1 in this draft, not due to just potential ability/production, but his personality n love for the game balanced with this.

who have potential that’s off the charts

There is either tape, production or measurables that are chart-topping. You can’t look at a player devoid of all 3 and conclude his potential is off the charts. ~Something~ has to lead you to your confidence in that player.

Production is tempered by opposition.
Measurables are tempered by production.
All of it is on tape.

ETA, just thinking it through a bit more, there is “projection” where you are anticipating a player in the pros will be used differently than they were in college. One could assume their projection of player would lead to greater success than they had seen in college. (Walker, for instance) That said, at the top of the draft, you minimize projection and draft on demonstrated ability at a like position.

I am sure others have said this, but I think Steve Young said he was told that “potential” is the word you use to explain why a guy isn’t producing at the level you think he should be.

I think the gamble always hinges on measuring athletic ability vs attitude. You can have a surplus of one to offset the other, but you need to find the right mix of the two. Every year you see guys who break the scales in athleticism who flame out, and you see the guys who are the ultimate team players and attitude guys who just can’t take the next step to compete at an NFL level.

Aman Ra - Wired like a total leader. Gets more out of himself than his physical traits would suggest he should. Always in shape, always professional, always max effort. Plays above physical abilities.

VandenBosh - Less talented still, but was a worker and a leader in the locker room. Helped Suh to grow as a player, because of work ethic, professionalism and overall effort.

Ebron - immensely talented entitled sissy who couldn’t figure out why the world was out to get him. Instead of looking in the mirror at his own attitude, he suggests others should “drank Bleach.”

It’s all gray scale, and not black and white. As for top talents, while Barry was the all-time GOAT (hands down), I always felt Walter Payton had more drive and determination as a runner…it’s just that Barrry was so much more clearly talented, the discrepancy in passion didn’t matter. Our boy was a pure professional and worked his ass off to stay in peak condition, as well as injury free, but Payton was pure determination. On a scale of 1-10, Barry was an 8 or 9, while Payton was a 15.

Just throwing out some random thoughts. maybe Thibz is sooo talented that it doesn’t matter his commitment to the team is level 6 or 7/10? I dunno? One things for damn sure…We’re about to find out what Brad thinks.

Okay, so anyone on the board who doesn’t already know, I don’t know Jack about college ball. I’ve been an NFL junkie since I was a kid and never got into it. 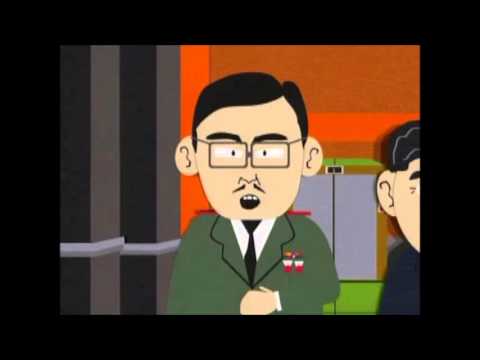 kay, so anyone on the board who doesn’t already know, I don’t know Jack about college ball. I’ve been an NFL junkie since I was a kid and never got into it.

This is a good question @iTopher

Brad Holmes had a quote a few days ago - “I want a game-changer at the #2 pick.”

Deion Sanders did not need to break up a pass or grab an INT…to change the game. Offenses/Defenses changed the way they played just from his presence on the field. Lawrence Taylor, Reggie White, Michael Vick to name a few more.

Hutchinson and Thibodeaux may have that “game-changing” quality that forces Offenses to change their play-calling.

Point is…“production” is not always a direct indicator of impact on the game.

The threat of attack can have more impact than the attack itself. You still have to make plays as a superstar…but a lot of that “production” can be hidden on the stat sheet.

High in the first I’m looking at production first. Then in that group they get grouped into different tiers based on their physical traits and the likelihood of them reproducing that level of production at the NFL level.

If a guy didn’t do shit in college, he’s probably not going to do shit in the pros. There are exceptions with guys who were miscast or injured or whatever. But why use an early first round pick on a gamble when there are guys with a more predictable trajectory available?

Obviously the talent has to be there, but for me it’s a blend of talent, fit, and motivation.

I’ve seen plenty of guys with talent that couldn’t find one of the other two things and failed. Conversely, I’ve seen guys who played beyond their bodies, but couldn’t rise to be an impact for lack of talent.

Fit is dependent on the organization having a plan that suits the talent, not driving square pegs into round holes. We’ve all seen guys who either got ruined or had to resurrect themselves later on by getting drafted to a team that was wrong across the board.

Motivation is probably the most important factor once you’ve cleared the first two hurdles. What makes a twenty something year old, filled with testosterone, cut their good time short because they WANT to be up at 5am, because they WANT to train to kick everyone’s rear end all through the fall? Motivation is different for everyone, but these are the guys you need to lead.

These three things are a trinity blend. Fit and Motivation, if you draft a prima donna, is your organization geared towards encouraging their Motivation? If you are scouting a player with talent and motivation, but isn’t the right fit, will the organization be smart enough to pass, or will they lie to themselves and plunge forward anyway?

Everyone wants Jerry Rice, Tom Brady, Darrell Green, Rod Woodson, John Randle. Anthony Munoz, etc, but what makes those guys? What gave them such ultra competitive longevity? I think that’s really what you want, you want those guys that really love the game and want to be wearing the ring and the gold jacket. They say its hard to get to know these guys with the way their agents coach them how to act and what to say. I think its not so hard to read the pretenders from the contenders if you know anything about cold reading.

That’s my answer though, mainly I’m looking for Motivation wrapped in that blended trinity that provides the greatest odds for success.

That’s my answer though, mainly I’m looking for Motivation wrapped in that blended trinity that provides the greatest odds for success.

Also, we are looking for handsomeness. Our team is starting to have issues with this, and Brad of all ppl should know better.

This may be a year that you look at how good someone might be over production. Im pretty sure JJ Watt didn’t have great sack totals in college but then blew up the combine and jumped up draft boards. Physically Walker is just at a different level than Hutch or Thibs. I honestly change my mind daily on which one I would draft if all three are available lol!

I’m right there with you on the constant changing of the mind.

Fortune favors the bald, my man!