He knows our entire offense. Doesn’t that put us at a severe disadvantage when we play the Vikes? Does Johnson change up the offense when we play them? Seems obvious but i’m curious on your guys’ thoughts.

I don’t think it does All teams run same plays or plays with slight differences Any special plays will be new for Vikes .

They I hope change snap counts an vary them more. We all heard reports from other players on teams ha beat Lions they knew snap count.

Teams often don’t put full language and calls in until after the final cuts for this specific reason. Plus they change some things and run specific plays each week in prep for that specific team.

I’d think that Blough could give a LOT of information on tendencies and defensive looks to provide to know what the offense will run to counter. His tribal knowledge becomes less and less valuable every week that goes by.

There is kind of an unwritten rule that you don’t hand over the playbook to your new team. You may give a few tips on what the offense hates to run or struggles with but should stop there if you don’t want to ruin your reputation.

Right on this is a great post, thank you.

Tendencies, preferred formations, all that, is nothing other teams don’t already know. The playbook evolves as the season goes on.

Agree with you and thank you for that insight

I believe this offense is designed to run multiple plays out of a single formation so it shouldn’t help them all that much.

They are at a disadvantage as he is now part of their organization.

Piggybacking that he can also give a ton of insight to strengths and weaknesses of specific players. Especially the receivers and defensive backs. But most of that can be gleaned through film study anyway.

It would be the most lions thing ever to have cousins get banged up and blough go Matt Flynn on us.

It would be the most lions thing ever to have cousins get banged up and blough go Matt Flynn on us.

I think you meant to say Artose Pinner on us.

I think you meant go “Joey Harrington” on us. You’re going to have to refresh my memory on that one. I don’t remember pinner doing anything except take up a roster spot.

He went to Minnesota and went off for 125 and 3 tds against us. 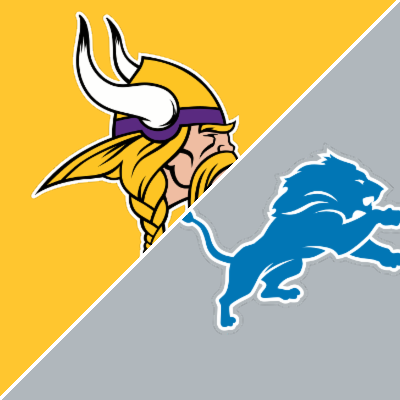 Get a summary of the Minnesota Vikings vs. Detroit Lions football game

Nah. Those things don’t matter esp after the season progresses

Stuff like this happens when your defense sucks for 17 out of 20 years.

Getting lit up by guys like Harrington, Pinner, and Flynn.

I really miss the prime Suh years … him and Corey Williams were damn good DT combo in 2011-2012ish. VandenBosch, Tulloch, Levy. The interior pass rush made the rest of the D look MUCH better.

Would be great to have a top 5 or even top 10 defense again.

The only reason the Vikings are up on the Packers right now is the information that Blough brought to the table.

Can we pluck Blough from MInny’s practice squad, for his insight? I mean, they are Minny.

Asking for a friend…