The Raiders are already sick of Brown, who they invested heavily in this offseason

The Oakland Raiders probably regret their investment into Antonio Brown already, given that the team is planning to suspend the star wide receiver before the season even begins after he got into some kind of incident/altercation/heated argument with GM Mike Mayock, according to a report from Adam Schefter of ESPN.

Per Vic Tafur of The Athletic, Brown had to be “held back by a couple of teammates” when confronting Mayock. According to Ian Rapoport of NFL Media, the incident did not get physical, however Brown did say he would punch Mayock – his boss! – in the face and then punted a ball, Nick Nolte “Blue Chips” style and told Mayock to fine him for that. You can’t even make this stuff up.

More on #Raiders WR Antonio Brown and Mike Mayock yesterday: It did not get physical, sources say. But after a screaming match, Brown told Mayock that he would hit him in the face and then punted the ball… and said, Fine me for that.

8,834 people are talking about this

In all seriousness, it’s hard to see a path where he returns to the Raiders any time soon.

“If you want to ask about the Raiders, I’ve been talking about the same guy every day,” Raiders head coach Jon Gruden said to reporters two minutes into his press conference on Thursday. “I don’t have much to give other than he’s not here today … We’re still getting to the bottom of everything. I’m on the football field coaching the guys that are here and we got a lot of guys working hard.”

Brown was recently fined by the Raiders for missing practice and the team included in the letter to Brown that he was running up against a situation where he could behave in a manner that would qualify as “conduct detrimental to the team.”

As I noted on Twitter at the time (and was in the process of writing when this news broke, naturally), the language in that letter could absolutely be a set up to suspend Brown for up to four games and to void the guarantees in his contract.

Bryant McFadden and Ryan Wilson joined me on an emergency podcast to break down the Antonio Brown news. You can listen below:

Read it: Mayock is telling Brown that future behavior could create a situation in which the Raiders use language in their team policy and in the collective bargaining agreement to take action against Brown.

Antonio Brown posts his displeasure with fines from #Raiders

5,254 people are talking about this

The CBA specifically allows the Raiders to suspend him for four games and to fine him four game checks as a result of conduct detrimental to the team.

Mayock didn’t really elaborate on the situation, other than to say Brown will not be practicing Thursday.

Well, this is your AB non-update.

72 people are talking about this

Suffice to say that Brown has met the minimum threshold for any such suspension. Take away the fact he froze his feet so badly in a cryotherapy chamber that his start to the season was in jeopardy – he has skipped multiple practices, reportedly gone AWOL from the Raiders, created a huge distraction with multiple grievances about his helmet and most recently posted a fine letter from his GM on social media.

He then decided to get in an argument WITH HIS GM over said fine letter and the posting on social media. It’s a perfect storm of disaster and it makes guys like Terrell Owens look calm by comparison.

The other thing that could happen, that the Raiders like here? They can void the guarantees in his contract by suspending him for conduct detrimental, based on language in his contract. That would mean a loss of up to $29 million in guarantees and the Raiders potentially going after his signing bonus.

More importantly? It would set up the Raiders to potentially release Brown and not take the salary cap hit.

The reality here is that the offseason drama is likely enough for the #Raiders to void the $29M of salary guarantee. They can also go after the $1M signing bonus based on missed practices, etc… meaning Antonio Brown could then be released with $0 dead cap.

854 people are talking about this

Oakland’s first game is the late Monday night game against the Broncos. The game was a pick 'em but the Broncos are already -2 now based on the A.B. news.

It has been a windy road for Brown from Pittsburgh to Oakland over the last several months and we broke it all down earlier this offseason. Stay tuned for more details – this is a developing story.

Dude has seriously lost it. Raiders gambled and they lost.

Yeah, he’s become such a turd. Now you see why Pittsburgh was happy to get rid of him.

Interesting though, I don’t recall THIS much “news” about the guy until he became a Raider?

But, but, but…he’s really really good.

All out: Antonio Brown faces suspension from Raiders, could lose $30M 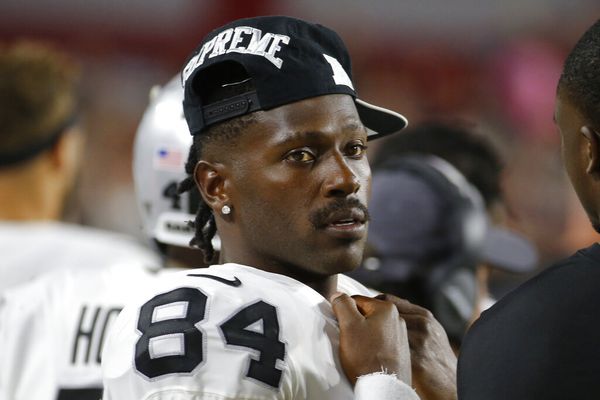 Antonio Brown’s time with the Raiders could be over before it really ever got started. (AP Photo/Rick Scuteri)

Turns out Antonio Brown may not even make it to Week 1.

The star wide receiver is facing a suspension from his new team after confronting Oakland Raiders GM Mike Mayock on Wednesday, according to ESPN’s Adam Schefter.

Brown was upset about being fined for missing portions of training camp, and was held back by a couple of teammates. Now it’s a matter if the heated exchange with Mayock is the final straw in testing the organization’s patience.

What’s at stake for Brown?

Just potentially $30 million in guaranteed money that Oakland handed over after acquiring him from the Pittsburgh Steelers for two draft picks this past offseason.

The Raiders reportedly are mulling suspending Brown for conduct detrimental to the team, which would void his contract guarantees. That includes his 2019 salary ($14.625 million) and 2020 salary ($14.5 million), and Oakland could opt to go after the $1 million signing bonus Brown already has received as well.

The reality here is that the offseason drama is likely enough for the #Raiders to void the $29M of salary guarantee. They can also go after the $1M signing bonus based on missed practices, etc… meaning Antonio Brown could then be released with $0 dead cap.

868 people are talking about this

Trading for Brown was justifiable for a team coming off a 4-12 season and in need of some star power one season before moving to Las Vegas. Brown, a four-time All-Pro, certainly fit that mold.

But now, essentially, the Raiders could admit their $1 million mistake (and a couple draft picks) after an offeseason of drama, and cut him.

Earlier this offseason, it was Brown who offered the (empty) threat of retirement if he didn’t get to wear his helmet of choice. That saga ended this week, when he announced a new sponsorship deal on the model he’ll be wearing.

Although it seems less likely Brown’s going to need it now.

Raiders’ GM Mike Mayock has a strong, opinionated personality, as anyone who has watched him knows. WR Antonio Brown is his own man. It creates a combustible combination, to say the least.

1,686 people are talking about this

On the bright side, I think we finally found Antonio Brown’s helmet for Week 1. 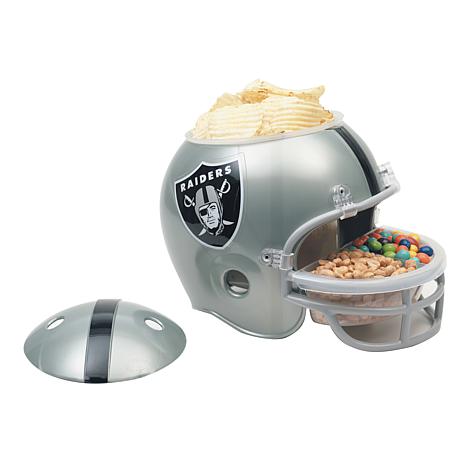 55 people are talking about this

AB needs mental help. From Tomlin describing him as OCD 4 years ago to his recent manic state, coupled with the obvious contact he’s subjected to, we’re looking at a guy in need of treatment.

I can see why the Raiders enforced those fines against AB. I still think it was stupid of them to do so. You know what really helps establish a winning culture? Having your best player on the field, so you can actually win some games.

Not that it matters for this season. The Raiders were going to spend 2019 getting taken to pound town by the Chiefs and Chargers regardless.

We are on the same page BG

We’re beyond quirky. We’re clinical at this point.

It’s like Brown was just waiting for any excuse not to play. AB has got a warped sense of entitlement if he thinks he is above team rules including fines. What a primadonna!

You let one guy get away with not paying and the rest will expect the same treatment.

It’s like Brown was just waiting for any excuse not to play. AB has got a warped sense of entitlement if he thinks he is above team rules including fines. What a primadonna!

You let one guy get away with not paying and the rest will expect the same treatment.

Many teams forgive player fines. It all comes down to the player and the reason for the fine. High profile players with offseason fines typically get waived.

Just heard on the NFL network that Brown & Co, have made all kissy-face and may even play Monday night.

Brown is a complete piece of shit! I’d love to see Suh literally rip his limbs off in the octogon.

It’s no surprise that the team that thought Khalil Mack was expendable, then thought replacing him with mental AB was a good idea, is now going to play him even if he sodomized the GM on national TV. Hiring Gruden was only 1 of a long list of stupid decisions by that franchise. They’re already chasing their tail and the season hasn’t even begun.

Oh it gets better… A certain poster at 24/7 had the Raiders/Cowboys in the SB!