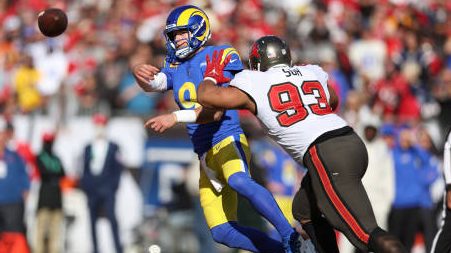 Former Lions teammates Ndamukong Suh and Matthew Stafford were involved in an altercation on Sunday when Suh was flagged for taunting Stafford after accusing Stafford of kicking him. Now Stafford’s wife has weighed in on the matter and said that Suh...

Maybe because Suh is a man that honored his contract to the city of Detroit and left only when someone else offered more money.

Suh doesn’t like quitters that force their way out after being payed hundreds of millions to play a game.

Were we a better team the years we had Suh? Yes.

Suh had more impact on this team than Stafford.

I mean there are dumb takes and then there is this shit.

@espnbaby @Nate already created a thread a few hours ago on this topic.

Spend 15 seconds looking at the forum before starting a new thread. Thanks.