Attorney Tony Buzbee will be at Deshaun Watson’s start on Sunday, and he’s invited all 25 women he’s represented in cases against Watson.

I can’t see the link cuz I don’t have Facebook, is that for real?

Its at The Athletic, so yep. Real real. 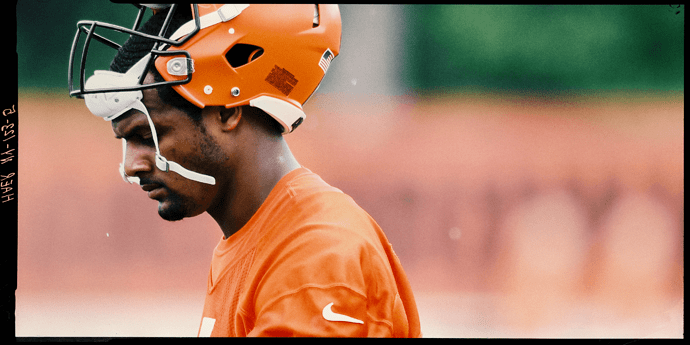 Deshaun Watson's return: 'You think you put us behind you, but we are still...

Watson is returning to the field Sunday nearly two years since his last NFL game, but that’s hardly a reason to think that this is all over.

“I am so terrified of this man that I am going to go watch him play football.”

Ahh ok, I think I misread it the first time, thinking it was Watson’s lawyer inviting them, but it’s the prosecutor who’s doing it.

Hmm… interesting. On one hand, that’s a way to make a statement and get publicity. On the other hand, he’s paying for tickets to go watch him play.

but it’s the prosecutor who’s doing it.

Not a criminal prosecutor, but the plaintiffs’ attorney (sometimes aka “ambulance chaser”)

Ahhh right on, forgot it wasn’t a criminal case.

Can’t that be deemed harassment?

They are not going to the game to enjoy it…. They are there to harass him.

Nope. They are in a luxury box, he’s on the field. No contact, etc. Besides, as victims, unofficially as it may be, they will get a lot of leeway.

Also, who is gonna press charges? Watson? And give the NFL a new shitstorm and a Gigantic Black Eye with women…

Last thing I am going to do is go “visit” them…. It still hurts but I have forgive (NOT forget) and just move the ■■■■ along…. Chasing resentment is not a good thing……

I love this tune… Some folks follow the money. Some folks chase it.

Hmm… interesting. On one hand…

I think he made them use both hands.

The fact that Watson’s 1st game back is in Houston against his former team is just ridiculous. The NFL sure didn’t plan that story line out…it was all a coincidence.