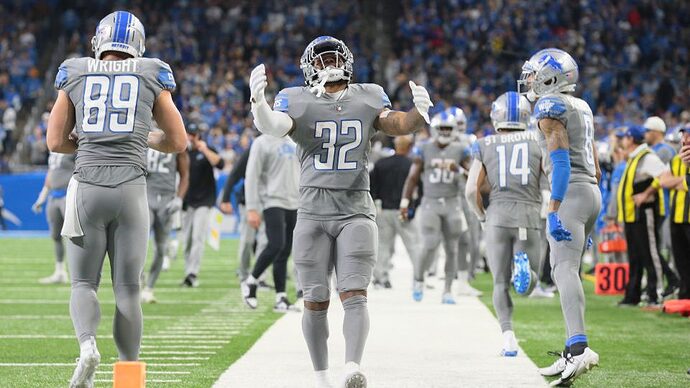 Left tackle Taylor Decker has been with the Lions since 2016, so losing games on Thanksgiving is nothing new for him.The way the Lions lost this Thanksgiving was a bit different, however. They came into the game with their first three-game winning...

More from the original article:

Inside the Lions locker room, things certainly felt different; lots of heavy sighs in a room otherwise filled with silence and disappointment — they truly believed they would win, know exactly where they fell short, and are confident they can fix it.

“I think over the last four weeks, we just are such a different team. It’s such a different feel,” quarterback Jared Goff said. “There’s just a feeling you get. I don’t know if it’s tangible, but there’s a feeling that once we got the Packers win, and then once we went on the road and beat the Bears, we walked into New York thinking that nobody in the league could beat us, and we kind of displayed that, and today we had our moments that were good, our moments that were bad, and ultimately, the bad moments made it, so we didn’t win the game.”

Decker has been in Detroit since 2016. He’s competed for a division. He’s seen Matthew Stafford and Calvin Johnson walk away from this city empty-handed. He’s played for a team that had potential to go winless. If anybody on this team has the prerogative to be Lionized, it’s him. But he’s not. As a matter of fact, he didn’t feel “like we were outmatched at all.”

“I thought the entire game we were going to win,” Decker said. "Even on the last-second field goal, I was like, ‘Man, they’re gonna block the kick.’ … I mean, we just — I felt it. We truthfully went out there expecting to win and we didn’t, and that’s on us. I don’t think it’s anything they did. They’re a great team; give them their credit.

“But I think we had opportunities to put that game away or at least get into a four-minute situation where we could run off the clock, so yeah. We’re going out there expecting to win every single game, no matter who it is that’s on the opposite side.” 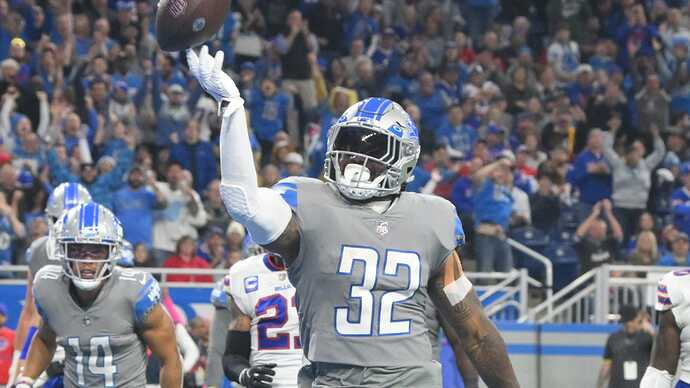 Taylor Decker after loss to Bills: 'This isn't the ... same old Lions'

The Lions lost to the Buffalo Bills on Thursday, but don't tell Taylor Decker they're the same old Lions.

I think a healthier team will beat the Shaguars.

Losing and and being ok with it seems like the same ole Lions.

A four win team means they won 4 wins that season. We have LOTS of games to go.
By this logic, we could win the first 4 games going into week 5 you would be calling them a 4 win team.

This is not a 4 win team.
This team is a cruddy team that grew into a good team too late to make playoffs.
We will end up with minimum 7 wins, possibly 9 or 10

Nobody thinks in terms of “moral victories.” It’s Growth! IMO, that is glaringly easy to see.

No one tell Karl this. I am starting to think he is paid by the SOL mention.

Nobody thinks in terms of “moral victories.” It’s Growth! IMO, that is glaringly easy to see.

There are two teams in the NFC already eliminated from playoff seeds!

And another three that are eligible to be eliminated this weekend if they lose!!!

Five teams are actively in the playoff elimination process, to include the bears, packers and freaking Rams!

And we are not part of that!!!

We are going into December mathematically alive for even the #1 seed baby!!

We’re going out there expecting to win every single game, no matter who it is that’s on the opposite side.”

This what I said in the prediction/confidence thread. This team isn’t intimidated by anybody. Credit Campbell for that.
If they can field a full team, they have a chance to win out. We need our starting guards and a couple receivers. Can’t remember the anticipation for a player to come off PUP as there is for Jamo. Okuda should be back.
Too much talent not on the field every week.

This is it in a nutshell. You want to show us things are different? Curb stomp the Jags next week!!

This is it in a nutshell. You want to show us things are different? Curb stomp the Jags next week!!

Yep, gotta win 3 or 4 more and end up with 7 or 8 wins and send a message to all the fans and the NFL we are coming next year!! Playoffs or bust in my book next year is!