The Ringer: MCDC Story. MUST READ 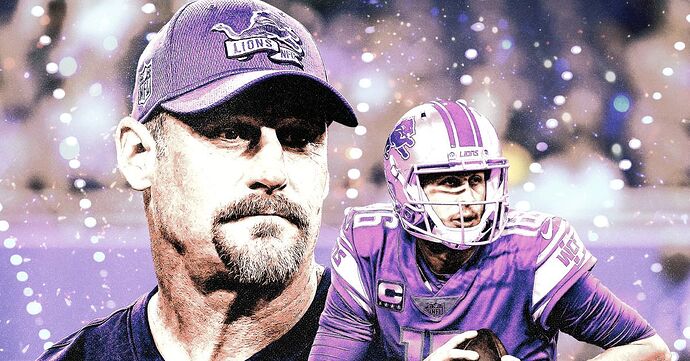 The Detroit Lions Are Just Getting Started

Dan Campbell, Jared Goff and Co. are 6-7 and have a legit shot at making the playoffs. But whether they get to the postseason or not isn’t the point—this team is built for the long term.

Good read, but this author is still on the “Bridge QB” storyline, “But Goff has been the perfect bridge quarterback in Detroit, better than any journeyman veteran they would have picked up off the street”

It’s possible he is bridge….unless you can see the future. No one knows.

Good read, but this author is still on the “Bridge QB” storyline

I could see it go either way. Huge Stafford fan, but I felt we should have drafted a QB instead of Okudah in 2020.

I wouldn’t trust Millen, Mayhew or Quinn to make the decision on when or whether to draft a QB high, but I do trust Holmes with that decision.

I am with you, I trust Holmes no matter which direction they take on the QB position. If they think Goff is it and pass on a QB this draft, then they need to go find a good quality backup in FA. If they want a development guy for 3-4 years out then great, draft him in the later rounds. Like I said I trust they know and have a plan already for what direction they are going.

Goff has clearly proven he is a capable NFL starter and not easily repalced. I believe most of us view him in that same light. That doesn’t mean we won’t draft a QB of the future if the right one comes along, but we clearly are in no rush.

Good read, but this author is still on the “Bridge QB” storyline

Maybe he is looked at as a really, really long bridge?! 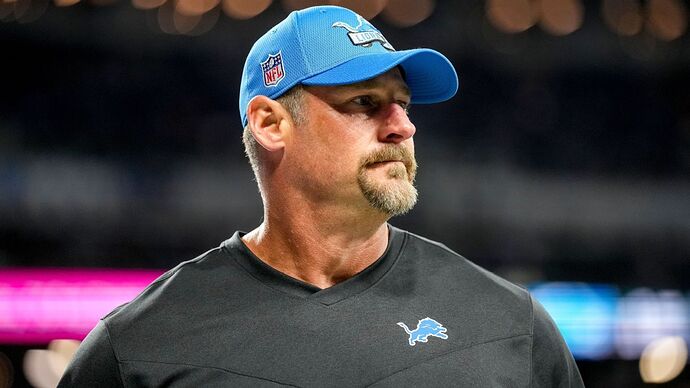 'It was like love at first sight': Six stories that explain Lions coach Dan...

Public impressions about Campbell center on his passion and personality. But to those who know him best, there is much more.

It’s possible he is bridge….unless you can see the future. No one knows.

Just like anything, if the PERFECT player comes along, you take them. Goff is only 28 and he’s playing at a pretty high level. I don’t see a draftable QB that can get there quickly, as nfl windows are pretty narrow you stick with what is working well.

Solak really nailed the rebuild aspect of what we’ve done. That’s one of the things I was most worried about coming out of the round-peg-square-hole Quinntricia years, but they did it right. They did it perfectly. It’s nice to see people outside the fanbase noticing.

(On a side note, Solak was one of the guys I listed as my favorite NFL analysts on that other thread. He’s a baby face but he really is a smart dude).

This is all I’ve ever seen too, man. The growth. The progress. Cap improvement. The drafting. The beauty of it!

Same with the reporter.
A year ago, I wrote that the Lions had the most promising rebuild in the NFL. At the time they were 2-13-1. Now the Lions are 6-7, and they still have the most promising rebuild in the NFL—that, and a little bit more. They have wins. They have proof . They have momentum. No matter what comes next—a disappointment against the Jets, a playoff berth, or anything in between—the Lions are exactly what Campbell promised they would be: built the right way. Built for long-term success."

My daughter works for a charter school system in Denver, they just got $4.5 million from Jeff Bezos ex-wife MacKenzie Scott, no strings attached. Every cent is ear marked for teacher raises, keeping the best of the best. Their numbers are great. New CEO came in and cleaned house.

RMP named among the Best Elementary Schools by US News & World Report! |...

The point is you build a core and reward them. When it’s time to pay people, you pay them or move on, (see Hock). Really happy to have guys who aren’t kicking the can down the road in order to have a marginal season.

Nice to know everyone trusts Holmes, except when he speaks, apparently. 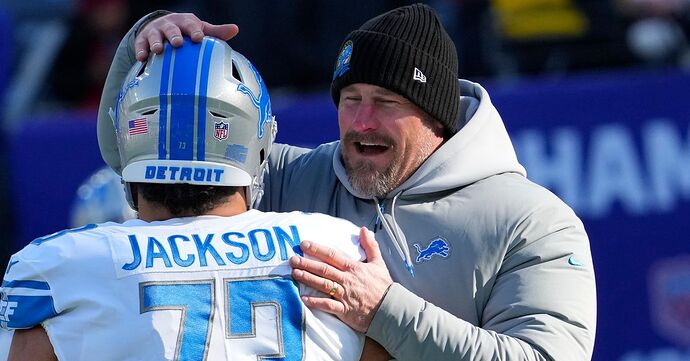 Lions News: The Lions are rolling and they are just getting started

Winners of 5 of their last 6, Dan Campbell and the Detroit Lions are rolling. Ben Solak of the Ringer has more on how the shot at the playoffs is legit, and how the Lions are built for the long term.

I think the “controversy” was that many expected Holmes to go QB in his first draft. Especially in what was then perceived as a great QB class.

Ya, maybe bc we didn’t take fields.