There are bold draft trade takes and then there's this

Rico Beard, co-host of 97.1 The Ticket’s “The Mike Valenti with Rico Show”, explored the idea of the Lions trading all the way down to the No. 29 spot, which is currently held by the Green Bay Packers.

According to Beard’s bold trade proposal, Detroit would secure: 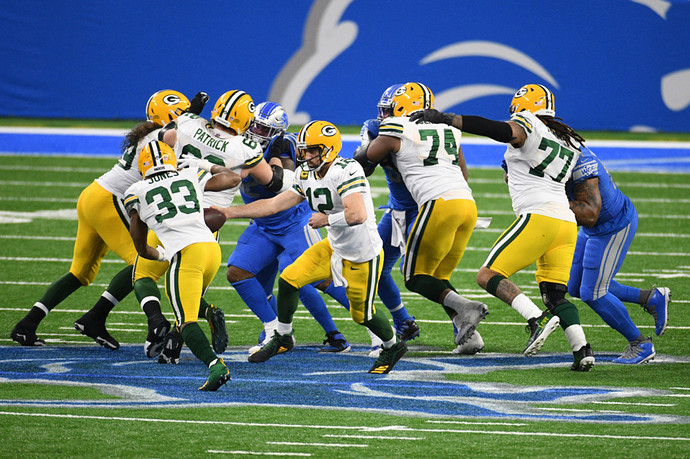 Why would Green Bay do that? Who would they be trading up so high for that they’d mortgage the future?

Beyond that, I’d only trade down with the Packers if there had already been a few Lions trade downs in Round 1, picking up additional draft capital along the way.

The Packers would trade up that high to draft the bane of every Lions fan’s existence. It would be Sewell, to protect Erin for the next decade, or Pitts/one of the WR to make our secondary look foolish, or Parsons to maim any QB we have over the next decade.

Yknow if they threw in 10k of those fake ass stock ownership certificates that their fan base thinks makes them entrepreneurs, so we can station them up in the FF Bathroom stalls, I’d think about it.

Also I would need Davante Adams.

And get that Mississippi hick to agree to go the DMV and SWITCH THE FREAKING R AND V IN HIS NAME AROUND!

You just made my morning, bro!

Only thing I would add is instead of putting them up in the FF Bathroom stalls…I would just use them in place of the urinal cakes.

Only thing I would add is instead of putting them up in the FF Bathroom stalls…I would just use them in place of the urinal cakes.

When Billups, Wallace x2 and the boys were in the finals, the urinal cakes were like invisible ink…when you pissed on them, it said “Beat LA”

I was so happy, proud, entertained, and happy to buy more beer/create more piss.