This housing market is insane

We are moving back to Michigan after a year in Oregon. Got the kid settled at Oregon State, we wanted to stay longer, but my mother in law took a steep decline with recently diagnosed early onset Alzheimer’s (what a disturbing and awful disease), and we want to be closer as this thing runs it’s course.

We made what we thought was a king’s ransom when we moved last year, and have found the market is still hellish for buyers. Not so much fun being on the other end of it.

Anyone else running into the same? Any advice? Any forecasters think this thing might pop like in the recession?

I haven’t been in the market… but houses in my neighborhood have been selling for crazy dollars.
I’m up in Midland… which is usually affordable… but it is definitely a seller’s market.

It’s absolutely nuts here in the Denver area as well. 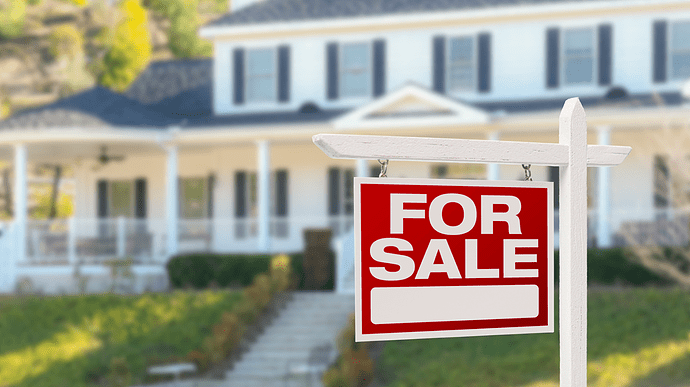 Around Colorado, the median home price has jumped to $555,540, a 7% increase from January to February and $90,000 more from prices last February.

Yeah we don’t get it.

Combined, we make “good money.” Doesn’t mean a damn thing in this market.

It reminds me of House Hunters when the stay-at-home mom and her husband, the birdhouse architect, have a budget of $600,000.

I don’t know how people are getting into some of these homes, unless they’re praying everything goes right and over leveraging themselves. 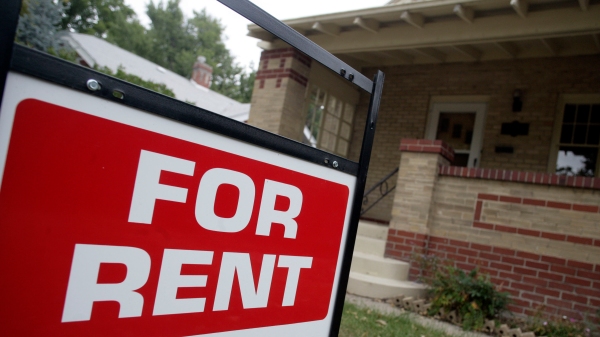 Investors purchase a record share of the homes sold in metro Denver in third...

Investors are snapping up homes at an unprecedented pace across the country, including in metro Denver, resulting in more competition for individual buyers trying to lock in a place of their own in…

Heard about this. Frankly, I find it evil.

Not in West Michigan.

The # of houses built has been so far under pop increase here for a decade that it’ll take a decade and then some to level out. Also, big tracts if land are hard to come by…and it’s more profitable to build multifamily in a lot of cases. Urban and 1st generation post war suburb golf courses are getting plowed under as they are the only places left to throw in a subdivision. I can name 3 in GR right now that are toast and there were 3 to 5 before that the last few years

Builders cant build for under 350k in GR and stay in business. If they have the labor and materials to do so which is…well…not certain.

Rising mortgage rates have added $450ish a month to that same house. This has knocked an estimated 15 to 20% of the applicants out of qualification, skewing to younger and 1st time home buyers.

Trouble is now its just 15 to 30 offers on a house in a week instead of 25 to 50…but a lot the buyers left are full or mostly cash offers who sellers love, because no fall throughs.

So, no. Not changing anytime soon. Some places possibly will, but with all the $$$ fleeing the coasts for reasons generally not up for discussion here, and remote work, it’s not going to self correct anytime soon. Or crash. This is fundamentally different than the Fed slamming $$ into housing to restart the post 9/11 economy with Wild West mortgage writing that had Miami strippers buying multiple 4k sqft houses on liar loans.

Heard about this. Frankly, I find it evil.

Yep, it’s the repugnant side of capitalism. It’s economic tyranny. I’ve met so many folks that have to drive crazy distances, because they can’t afford to live in the metro area. We knew a nurse that commuted in form Deer Trail to Denver for her shifts. When I-70 gets shut down due to weather she had to find a hotel t stay at which is crazy expensive.

Most folks here have been inn their homes before this escalation of home prices, but the folks like you who are on the move are getting clobbered…even if you can afford it…it’s that buying high thing, and I don’t see how this can go on much longer.

It is a problem for sure. Especially for first time home buyers. I’m near Columbus OH and prices here have gone through the roof. We would like to move back to MI at some point but prices and interest rates will definitely play a role.

steep decline with recently diagnosed early onset Alzheimer’s (what a disturbing and awful disease), and we want to be closer as this thing runs it’s course.

We moved back from Washington State in 2019.

Started looking here in Grand Rapids area in late spring of 2020. Was not able to buy until December of 2021. It took that long.

I wish you luck. It’s been horrible for over 2 years. I’ve made over 30 offers on homes, all over asking price, up to $40,000 over asking and finally got an accepted offer in November only to have the owners not disclose that flood insurance was needed. We asked many times, after the appraisal I backed out as I’m not throwing $$$ away at flood insurance. Would never have bid on it knowing that. Only put 1 bid on a house lthis year, last month at $35,000 over asking, and lost. It had 23 offers and accepted $53,000 over asking cash offer. I’m done, not trying anymore. I have just recently been reading It’s leveling off some now. Issue now is the lack of houses for sale, and rates rising.

It’s tough out there, I wish you the best in your search.

With the amount of people moving here recently to Huntsville, this market has been absolutely insane. We have lived in 5 houses in the same general area in the past 17 years for various reasons and this last one wasn’t even put on the market when we bought it. There is a ridiculous amount of construction here and still nobody can find anything that’s reasonably priced. Our current house is literally gaining value by us doing nothing (although it’s also gaining value by some projects we’ve been doing as well).

Sold my house in Midland in July for 36% more than I paid for it four years prior. It is crazy, and too tempting to pass on at that profit margin.

IMO the rate of change will slow dramatically soon here if the FED doesn’t lose their nerve. I think here in the Willamette Valley we have one more banner real estate summer and then with the incoming recession things will adjust. Not expecting a crash just nothing like this last five years. Homes in my neighborhood are up 80% since 2016.

This is definitely what is happening in my area (Florida).

This market is insane and I honestly wonder how long it will be until we are California-like in our unaffordable home market. People are getting boxed out by not only retirees with cash, but more often than not investors with cash in hand squeezing out mortgage buyers. The house next to me was bought 18 months ago and not a soul has moved in, somebody is just sitting on it. They are winning.
You also have foreign buyers too, because its Florida. So many want to do the whole Air B&B thing.

And as many already know, it trickles down to the rental market too. Rents have skyrocketed. We have low-income housing geared toward public service workers like school teachers.

It is absolutely insane what is happening. It seems unsustainable but as long as demand is up…

The worst thing is that its hard to cash out on your own home when you know how much you’ll make because you just have to get another one. At least you are going from Oregon to Michigan. I would imagine the cost of living and home prices are higher in Oregon. Hopefully anyway.

My friend that is a realtor had it happen to her twice. Thought she had a deal and then all cash offer 10% above ask sight unseen. Rumored to be BlackRock or someone like that for bundling in REITs. As @nate opined I don’t think this is a positive development and probably needs some legislative attention.

Yah I’m not sure what it’s gonna be like when my sons decide to leave the house… but I’m certainly worried.
Things are terrible here in Windsor, even if you want to rent a crappy little apartment.
Bought my house 8 years ago for 188k, appraised 4 years ago @300k, appraised again last year @700k.
Small one bedroom bungalos are selling for 400k

Building was a cheaper option pre-covid, but since the beginning of the pandemic the prices of wood and other building supplies have become astronomical.
It is now impossible to live with full comfort unless you’re very well off.
I assume it’s the same situation over there.

Sorry for the family issues… they all suck.

Props Nate for deciding to make the sacrifice to move and the crap you’re dealing with in the housing market.

Prayers you get a deal you can work with!

One huge blessing God gave me was being able to buy my house cash back to 2010. It’s small but I only have to pay insurance, taxes and utilities.

And it’s crazy as I have at least weekly some asshole call or text me asking if I want to sell my house…. Annoying as you know what….