Tim Boyle "wants to come back to Detroit: 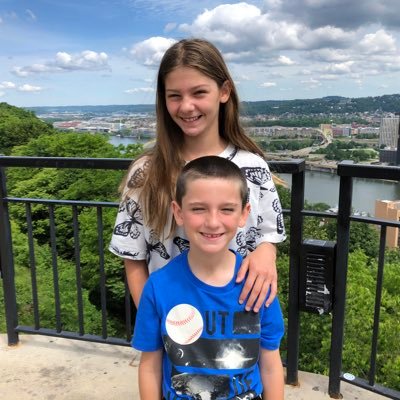 Tim Boyle, pending free agent: "I'd love to come back to Detroit." Said he likes what Lions are building under Campbell, likes what he's become as a QB.

Yeah, don’t let the door hit you on the way out.

Tim Boyle wants to be on an NFL roster, period.

Ironically I think he could grow into something. It would just take way too much grooming that we or no team really has. He has a nice arm. I wonder how good he is in the film room, based on his poor read/interception on that potentially game winning drive.

Rich Gannon bounced around the league for years before his head finally figured it out. That’s what you hope for with Boyle, but Gannon is typically the exception/outlier, most never do or run out of chances.

You need 4 arms for camp, no reason not to bring him in BUT I would add a FA QB like Mariota or Mitch and use a late pick on a QB as well.

Sometimes it just takes the right fit and coach. Gannon and Gruden were a perfect match. Same with Steve young. I doubt he goes to the hall of fame if he stays with the bucs. Kurt Warner needed some seasoning in nfl Europe and the arena league. The problem is the nfl is such a win now league. Coaches and general managers don’t get the time anymore to develop players. That’s part of my concern taking raw quarterback prospects like Malik Willis. If he pans out then you have no worries. Most don’t though because the league is very unforgiving of mistakes. I’ve read a lot of interviews from former player talking about how few teams teach or focus on fundamentals. They just don’t have time anymore with limited off-season practices. Another reason a lot of players develop after their rookie contracts. Laken Tomlinson comes to mind. Not a very good player in Detroit. He’s developed into a solid lineman for the 49ers.

I think Boyle has shown progress at least. I wouldn’t spend much more then the minimum to bring him back, but I would be okay with it. He definitely needs some real competition though and shouldn’t be handed the backup job.

I’ve seen improvements from him from the preseason until now. He does have arm talent. I’d like to see what he can do with another offseason with the team as well.

I like the failed early-round QB as a backup strategy. The Colt McCoys, Gino Smiths, Mitch Trubiskys of the world. Jameis Winston was totally my dude when he was available.

Those are guys that can come in and keep the ship afloat for 3 or 4 weeks as needed. Sure, they didn’t live up to their draft status, but they’re almost always heads and shoulders better than the Boyles, Bloughs, and Driskells that are floating around out there.

Just bump fox to qb2 and call it a day.

Mitch was a probowler too, so he actually did live up to his draft status…briefly.

10,666,668 Foles 10 million Dalton so Bears paid 20 million for couple back ups
Ok an Your Boy 3 mil this past season a 4 + in 2022 Fields
Really good cap management an now you posted they need more OLman an no picks to get draft to help.

You sayYeah, don’t let the door hit you on the way out. He cost less than a million an both is starts for Lions were rush starts like get play book shortened an he wasn’t totally bad i could look at your rookie an compare games.

He is a backup an has been in league 3 years Now did he do well not really but so many on here have whines about are WR so what did you expect from a back up QB?
His last game he was missing 2 of are 3 best WR.s

I am not saying he is great but he is a backup who did ok with what he had to work with a for 1 million.

I would bring him back an right now i have as much faith in him making it as backup as Fields making it as a Starter.

But I base my opinion on what i see not what school or where he comes from. We all can have opinions but i look an see a guy who did his best with really one WR he could count on an the D playing really bad so he was forced to throw because of score.

I don’t think Boyle would be a good fit for my local HS. If Blough is so bad that he can’t get snaps over Boyle, we need to overhaul the QB room next season.

Goff is here, and has looked better recently, so I can live with the 1 more season we have to roll with him, and see if he is the answer or not. But #2 and 3 both need to be different than who we have this year

Agreed, I’ve seen a lot worse QB performances by backups than Boyle over the years. He’s nothing special, but he did almost win 2 of his 3 starts. Lost to Cleveland by 2 and the Falcons by 4 on the game ending pick. He played fairly well vs the Falcons until the pick. And vs the Hawks he made some good throws, we scored 29 points, gotta clean up the picks though.

I’d be willing to bring him back on another 1 year deal. He doesn’t automatically get the backup job, but I’d let him compete for it in training camp. I could see the Lions drafting a mid round QB and letting Boyle and the draft pick battle it out. Goff is going to be the starter regardless with his contract.

Think maybe one more season & he’s vested by NFLP pension. Reason for many to hang onto a job in '22.

A 2nd OA draft pick is to UDFA as Gucci loafers are to thrift store sneakers.