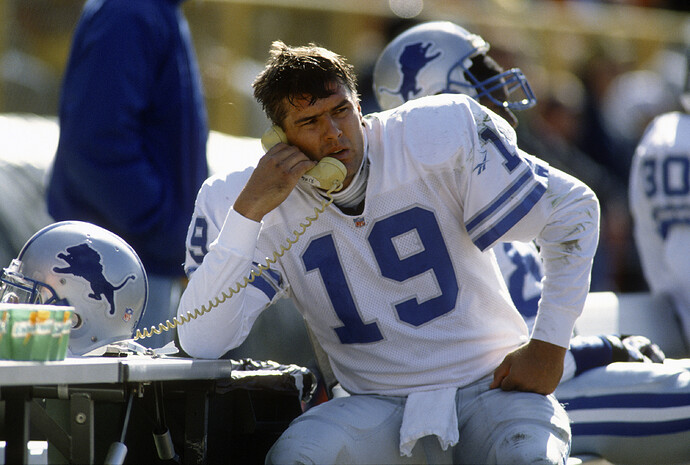 As 2022 free agency nears, here are the five worst free agent signings in Detroit Lions modern history. The NFL has had full-fledged free agency since afte...

Surprised they stopped at 5. Seems we’re always desperate. Holmes and Campbell will help end this I believe.

Sorry, I posted from number 1, you’ll need to hit the previous button.

Typical topic why not post positive topics an then poster adds his own twisted negativity,Surprised they stopped at 5.

Then a positive point or should I say crumb Holmes and Campbell will help end this I believe.

I dunno about this list… I mean, yes all those players were busts for us… but Mitchell did lead a top 5 offense in the league for a couple years. I’ll give them Jesse James. Culpepper? I mean, that team was hopeless to start. Flowers and Rick Wagner? Not great, but worst ever? Flowers I would agree with if only for the money they paid him. Wagner was kind of a meh signing that basically plugged a hole for a couple years.

I know it’s a click bait-y article (which I clicked a couple times because I forgot who else they mentioned while writing this post) but I’m sure this forum could come up with a much more legit list!

Justin Coleman from recent memory should be up there. Damien woody, Julian Peterson could be some names…

But I agree with @coyote12 I don’t think this front office makes those same mistakes, and if they do they correct them quick and move on.

Typical topic why not post positive topics an then poster adds his own twisted negativity,Surprised they stopped at 5.

Then a positive point or should I say crumb Holmes and Campbell will help end this I believe.

When I read the subject…
my 1st thought was… “how did they choose only 5 of them?”

Not really sure who wouldn’t think the same.

“We have narrowed it down to the Lions 25 worst signings.”

That is a much better list!!! See, y’all never let me down

I completely forgot about Leigh bodden. Wow… that is a blast from the past. And completely agree with Bill Schroeder!

I will never forget that guy totally alligator arming a pass over the middle that got intercepted, or maybe incomplete, I don’t remember that part but I remember getting very upset because he obviously was just avoiding contact. Although he may have been getting that pass from Harrington so, well… let’s stop taking about the 2000s lions.

Mitchell was a choke artist but he set Lions records and the Lions had one of the best offenses in the league in 95.

Guard Damien Woody should have been on this list. He was bad here and Millen gave him crazy $ to be here.

Az-Zahiz Hakim could be here but he was actually okay…just not worth the $ he received here.

Trey Flowers has to be considered too. Trey is a good football player but after his contract we got 27 starts and 21 games missed. As much as I like Flowers you can’t help the club from the tub.

Not really a free agent BUT DT Corey Redding got a HUGE contract and then was just a guy here before we shipped him off. We received Julian Peterson here who was also just a guy here.

They traded Shaun Rogers for him.